Neither womyn nor patriarch - Olias

Article exploring notions of gender and sex by someone rejecting their biological sex, together with editorial comments by the Troploin collective on the historical emergence of 'gender'.

Neither Womyn nor Patriarch, by Olias (2005)

Sex, in all of its manifestations, is a subject that has preoccupied and troubled me since I was quite young. Few would disagree that it is one of the most intricate and fascinating aspects of life on earth, or at least certainly has the potential to be. I have struggled most with sex as part of who/what we are (or can be) – sex as a physical attribute of our bodies, (though sex as an act has also been intense and challenging).

So, we are born sexed a certain way. None of us sat there in the womb and chose our sex. We emerge with whatever anatomy was randomly selected for us. As we become conscious of our bodies and eventually our sex, we will interpret them in different ways. Some have an easier time accepting and loving their bodies more than others. I have tended to be of the latter category.

How I have wanted my body to be has fluctuated over time. From about age 8 on, I have frequently felt a deep desire to be other than the sex that I was designated at birth. And “other” has meant different things at different times. As a child, I was fairly convinced that I wanted to be the “opposite” sex. The androgyny of childhood allowed me to easily “pass” as such, with simple alterations in clothing and length of hair. And I got picked up and even scolded for presenting myself in this manner (hence my introduction to sex and gender taboo). Then I went through a period of pre-pubescent angst, in which I desired to be my aesthetic ideal of my prescribed biological sex, which contributed to me being anorexic for several years. I was also afraid of developing sexually, and was trying to ward that off by starving myself. As I did finally develop sexually, I began to think of my body more in relations to others/other bodies than only as my own separate entity. I experienced sexual attraction to the “opposite” sex and also, occasionally, to those who were in my own sex category. And eventually, I stumbled upon the act of sex, which made matters even more confusing and complex (undeniably pleasurable as well, though).

But despite my occasional enjoyment of my sexual anatomy, I still do not feel content being exclusively or permanently the sex that I was supposed to be. Yet, neither do I desire to be exclusively the “opposite” of that sex/the other popular sex. I feel most comfortable and right, somewhere in the middle of the sex/gender divide (spectrum), between the extremes of male and female. And I am trying to figure out how I can be a sort of “middle-sex” in a society that still clings to the traditional sex dichotomy – the either/or structure.

It is difficult to pull off, considering that there is not even an established pronoun to use for those who don’t feel like either “he” or “she”. And also, what bathroom should I use? I’ve tried using both at times. But I question, does it even make sense to have sex-segregated restrooms at all? I wonder how hermaphrodites, intersexes, and other “trans”/middle-sexed folks feel about this issue.

It seems very fascistic to me that when a baby is born hermaphroditic or intersexed, which is fairly uncommon but does occur, they are often seen as defective and are pressured to fit into one or the other dominant sex-category. Doctors have even tried to “correct” these abnormally-sexed people. Why? Why isn’t there instead a restroom labelled “Hermaphrodites”? Why isn’t there an appropriate pronoun to describe these folks? And why is it seen as a “mistake” when someone is born different? Could we instead celebrate and embrace these differences?

It seems to me that if our language is going to be sex-segregated, we should at least recognize that there are more than just two sexes. Otherwise, we are ignoring and excluding those who are not precisely male or female. I recall witnessing a young child, who hadn’t yet grasped the grammatical distinction, refer to everyone as “he”. It was kind-of nice. Perhaps that’s what we need: just to drop sex-specific language altogether. If we are truly going to be seen as equal, doesn’t this make sense?

There is a lot to think about and decisions to make about how to change traditional sex/gender structures. But one thing is for certain, they must change, if we are serious about moving beyond patriarchy, matriarchy, or any other sex-specific hierarchy and exclusiveness.

There is no doubt about it: the male sex has certainly tended to be the more dominant and power-wielding of the two dominant sexes – throughout human history. And to this day, “patriarchy”, as we call this tendency, is still present throughout much of the world (particularly in religion). And I have felt very alienated from this kind of hierarchy. Yet, I feel similarly alienated from the particular reaction to this which has involved putting women/“womyn” on a pedestal, male-bashing or guilt-tripping, and advocating for (basically) matriarchy or “womyn” power. I identify with hermaphrodites, intersexed folks, and middle-sexed tyrannies. But I am not going to claim that they are better than “men” or “women/womyn”. I am not going to guilt-trip men and women for their sexist exclusion of gender-diverse people. And I definitely am not going to advocate for “hermaphrodarcy” or trans-people in office. I seek to dismantle all hierarchy, not just patriarchy. And I am not suggesting that everyone should be “trans” or reject their biological sex, etc. I entirely support people embracing their birth –sex or whatever sex they feel that they are, whether it is male or female or anything in-between or beyond. I think all sexes are/can be beautiful. What I am advocating for is a new outlook on sex/gender that understands and accepts sex as a diverse and fluid spectrum rather than a fixed dichotomy.

We reproduce this short piece (first written as Sex, Gender & Social Change, and in the process of being modified by the author) because it is a real attempt at self-understanding, and at the same time an attempt at social understanding.

Maybe one day people will wonder how, at the end of the 20th century, as sex differentiation became problematic, a new definition emerged in Western civilization: gender. In so much as this notion is relevant, its relevance comes from its ability to rationalize a problem it is unable to solve. Gender is now the buzz word for supposedly chosen sex, “an individual self-conception as being male or female, as distinguished from actual biological sex” (Encyclopaedia Britannica, 2007).

Every past and present human group takes into account the biological male/female difference, but history and anthropology remind us that this distinction is never enough: it’s only a basis on which social relations are built up in a wide variety of contrasting ways.

Patriarchalism worked as long as the family was the basic socio-economic unit: the man (the father) was the breadwinner and therefore the head of the family. Of course there were many exceptions: lots of farms were run by widows, or by a wife whose husband was in the army, for instance. But basically men led the family because they had a leading position in the farm or the shop.

Industrial capitalism has changed that picture. Women do not work more or less than they used to (in fact, they often end up working more, as wage earners and housewives). The difference is that they tend to do the same jobs as men, which was not the case in mainly agricultural societies, nor in industry until the 1910s and 1920s.

True, women do not have the same jobs. Quite a few buses are driven by women, but when did you last see a woman lorry driver? Yet the overall tendency cannot be denied. For the first time probably in history, men and women can and often perform the same tasks, even in the army and police. They will never be equal, but they’ve got the right to be, and they can be, up to a point. In the past, apart from societies we regard as free and humane, but which have been marginalized or wiped out, a woman was defined by her biology, and a man by his. No longer so: wage labour creates an ever more mobile society than before.

Though the logic of capital prevails, it’s not the only logic in this society. An entirely commodified world (where, for instance, a soldier’s pay would just depend on the enemy body count, and a teacher’s salary depend on the number of students who passed the exam) would simply fall apart. The family unit has changed a lot in less than a century, but it’s still one of the essential social structures. Racism and sexism may be banned by law in Europe and the US, but they’re not gone. We don’t live in a liberal/libertarian free flowing capitalist world where everything and everybody is equal and interchangeable.

This is why gender has come up. Pre-industrialization societies organized sex roles according to set rigid patterns (fixed in each society for quite a long time, yet varying immensely between societies). These patterns no longer work. Simone de Beauvoir’s statement in The Second Sex that “one is not born a woman, but becomes one” is a lot more acceptable in 2007 than it was in 1949. Many children now have a “natural” father and live under the makeshift fragile authority of a man who acts as a sort of social father, or second father. At the same time, a woman university lecturer may have responsibility in the work place, including power over man workers, and still be treated as an inferior in many aspects of social life, and often at home. It’s this contradiction that creates the need for a double vision, a distinction between an undeniable biological fact (sex) and a historical-social reality (gender). (As usual, this goes together with a reconstruction of past and present: anthropology now discovers that most or all previous and non-White societies had to deal in one way or other with the sex/gender duality.)

In a nutshell, sex is natural and imposed; gender is social and personal, i.e. chosen by the individual: unfortunately, the individual is the bourgeois form of liberty. This distinction is no sign of our society giving more scope to women (or men) in terms of freedom. It’s rather a proof of a contradiction that is not going to fade away. Capital integrates and separates, equalizes and hierarchizes, upgrades males and females and downsizes them.

A similar analysis could be applied to what is known as racism. Racism presupposes a society that says people are equal when in fact they aren’t. The Romans weren’t racist when they massacred tens of thousands of Jews: they just disposed of rebellious barbarians who rejected Roman imperial rule. It took a prevailing principle of equality for Nazi Germany to deny that equality to a human group legally defined as Jews. 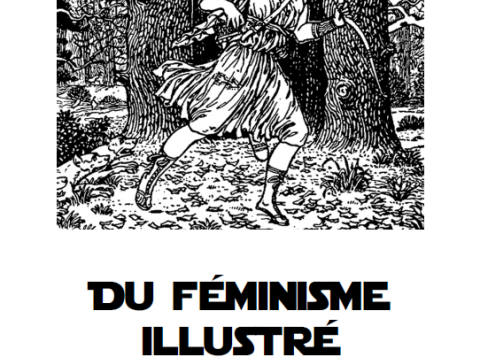 This 2015 pamphlet, 'Feminism Illustrated', combines the translations of a 1974 article written for 'Le Fléau Social' ['The Social Plague'], and…
Image 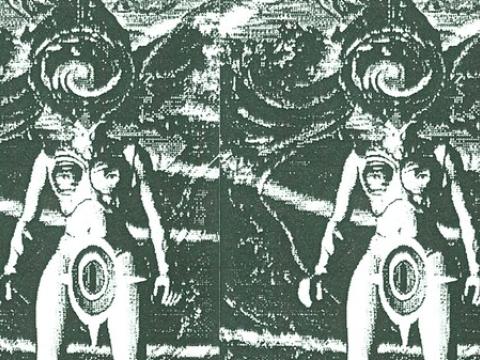 On the "woman question" - Gilles Dauvé

"Too Marxist for a feminist? Too feminist for a Marxist? Or not enough…? Best see for yourself." Gilles Dauvé examines woman/sex/gender question,…
Image 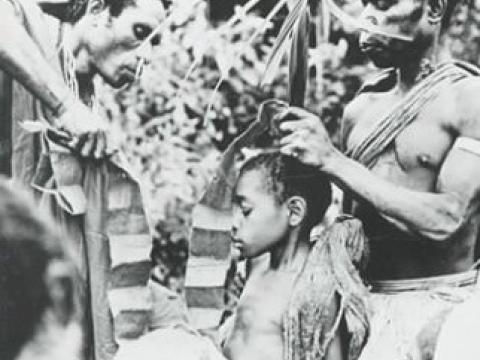 "When moral order and disorder meet, monsters breed. Communism however knows no monster. Most radicals have trouble understanding this." - Gilles…
Image