No badjacketing: the state wants to kill us; let's not cooperate

Fred Hampton of the Black Panther Party, and Anna Mae Aquash of AIM.

An article by the Twin Cities General Defense Committee (GDC) of the Industrial Workers of the World (IWW) about the dangers of 'badjacketing', which is defined as 'creating suspicion, by spreading rumors or unsubstantiated accusations, that people are undercovers, infiltrators, snitches, or cooperators. '

We prepared this short piece after several comrades were badjacketed in public and with pictures on social media at the 4th Precinct Shutdown. We believe those individual cases have been dealt with, and don’t wish to cause unnecessary division by complaining, or publicly calling any group or individual out. Instead, this is intended to provoke reflection, and conversation, amongst all of us, as to how to deal with the suspicions we may have of people we don’t know in our growing movements, without creating the sorts of divisions among ourselves that does the work of the State and the police for them. We intend to act in solidarity with those who know how to act in solidarity.

We ask that all organizations and groups working for a better world in which we have killed White Supremacy, Capitalism, and all other forms of oppression, consider that (1) none of us represent the mandate of all the people, (2) that we may have instead genuine and important strategic and tactical differences between ourselves about the best ways to accomplish that world, (3) that we will not win by pretending these differences do not exist, or dictating against difference, but instead by engaging on these differences in the most democratic and least hierarchical ways possible.

Therefore, we ask that groups and individuals read this document against the practice ofbadjacketing, discuss it, and consider publicly endorsing here that we will refrain from the practices of badjacketing. This is not a call to be lax about security; indeed, many of us have been very involved in the provision of security at the Fourth Precinct. Instead, it is a call to be democratic and accountable about our security practices. Please indicate your endorsement in the comments below.

Every time people organize for liberation, autonomy, and a better world, the state and the bosses try to crush our movements. They don’t particularly care how they do it, but they don’t want to work hard. It’s easier for them, if we do it for them.

But perhaps the easiest and most effective thing they can do to neutralize and destroy our movements for liberation is to encourage us to act paranoid and to refuse each other’s solidarity. One of the most effective techniques for this is called jacketing (aka ‘snitchjacketing,’ ‘badjacketing,’ or ‘bad-rapping’), and it’s when one of our own (or a paid infiltrator) accuses others without cause or evidence of being a infiltrator, threat, or security risk.

BADJACKETING: creating suspicion, by spreading rumors or unsubstantiated accusations, that people are undercovers, infiltrators, snitches, or cooperators. Sometimes this is done out of fear and paranoia. But normally, those who ‘lay jackets’ on others want to consolidate their control over a movement and feel threatened in their authority. It’s a favorite tactic of the State in destroying movements of liberation.

These tactics of the state and the police go together, and jacketing often leads to direct violence and the destruction of movements. If you’re still reading, let’s take a look at two well known regional cases: the State assassination of Illinois Black Panther Party Chairman Fred Hampton and Mark Clark (1969), and the murder of American Indian Movement militant and Anna Mae Aquash (Mi’kmaq) (1975).

The Black Panther Party’s Illinois chapter was lead by stellar young militant Fred Hampton. Their major projects included the self-defense and community support programs for which the Panthers became justifiably famous. A major next step was to ally with the Blackstone Rangers, an alliance that terrified the Chicago police and politicians and the FBI alike. The FBI dealt with it easily, by turning a Panther into an infiltrator.

William O’Neal turned snitch in exchange at first for bail money, and then increasingly for a great deal of money. O’Neal rose to trusted positions within the BPP, becoming Hampton’s head of security. It was O’Neal who drugged Hampton’s food in preparation for the assassination.

O’Neal routinely consolidated his power within the BPP by accusing others of being snitches, informants, or state cooperators, creating an atmosphere of suspicion and distrust within the BPP. It was partly his use of jacketing accusations that led to his rise in leadership. 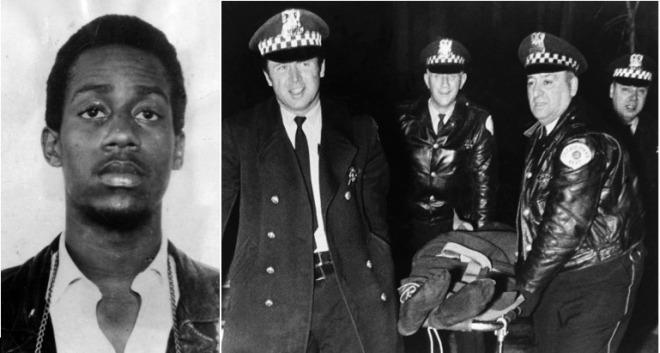 William O’Neal, FBI Informant within the BPP & the CPD removing the Hampton’s body after his assassination.

O’Neal also played a creating division between the BPP and other groups, most notably the Blackstone Rangers, on behalf of the FBI. In addition to talking shit about the Rangers with his BPP comrades, O’Neal composed forged letters between the Rangers and the BPP, insulting and threatening each other. O’Neal was successful in this regard; the two groups never achieved strategic or tactical cooperation.

The infiltration of movements and movement spaces is real, and dangerous, as the assassination of Fred Hampton and Mark Clark demonstrate. But jacketing is another tool used to destroy movements, and is used most frequently by infiltrators themselves.

Case 2: Infiltrators, Jacketing, and Murder: the Murder of Anna Mae Aquash from the American Indian Movement.

In February 1976, the body of Anna Mae Aquash was found exposed in South Dakota. She’d been shot in the head execution style, apparently because someone thought she was an infiltrator. In what should be seen as a pattern at this point, there was indeed an infiltrator within AIM, but it wasn’t Anna Mae. Instead it was and infiltrator named Douglass Durham, a White man claiming Native Heritage, who had gained the trust of key AIM leaders. As with O’Neal, it was partly through lying about others – jacketing – that he had gained his position of leadership and trust within AIM.

Durham accused Anna Mae of working for the Feds. Anna Mae ended up murdered. There remains a lot of controversy and anger over who killed her. No serious person believes she was a Fed. Very few believe the Feds killed her. But they might as well have done so: given the violence and repression they were inflicting on AIM, as they had done with the BPP, it was natural that people within AIM would be suspicious and armed for self-defense. By creating more suspicion and paying Douglass Durham to accuse Anna Mae, the FBI is directly involved in the murder of Anna Mae Aquash. But whoever pulled the trigger on her allowed themselves to become accomplices of the State, and enemies of Native People/First Nations. AIM lost one of its most dedicated and skilled organizers and the blame for her murder remains a source of division within the movement.

After being attacked by the police, dismissed and lied about by the media, shot at by white supremacists, and insulted by many in the ‘public,’ it is natural to be on edge and find it difficult to work together or to trust those we don’t already know and trust. This is why racism and sexism and oppression of all sorts exist: to divide groups from each other, in order to more effectively take advantage of them.

We will win when our solidarity trespasses the boundaries they set for us. Against all oppression. For the solidarity of the people.

Right now, liberals, social democrats and the petty bourgeois left are the source of the current 'blackjacketing' trend. Anything that falls outside of their preconceived media/PR-driven notions of "resistance" they view thru the lens of paranoid conspiracy. For the most part I dont think they are doing this for malevolent reasons. Provocateur is an easy answer to something they dont understand.

Indeed I find that the term 'liberal' itself has come to be our own special form of badjacketing.
We also find a new phenomenon in the alt-right created honeypot accounts on social media. This serves a dual purpose. It allows the righty to disseminate disinfo and make contacts in the left. But also to sow suspicion and distrust.
I've already seen folks declaring that all twitter/FB accounts that have more followed than followers are obvee alt-right fascists. 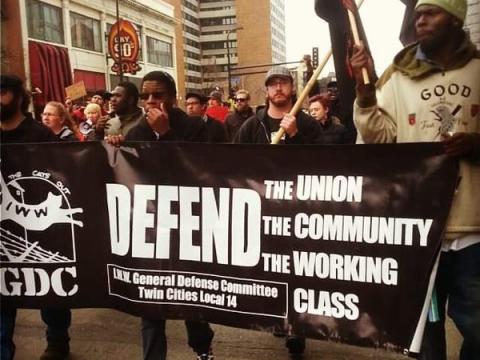 Response to a criticism of GDC antiracism and antifascism via Dauvé 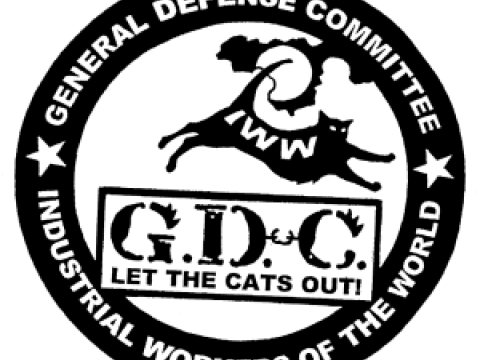 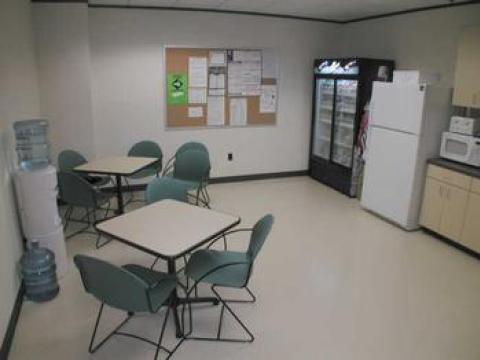