War, Poverty, Crisis and Disease: The True Face of the Capitalist System

Russia’s invasion of Ukraine is bringing the world ever closer to its boiling point. Once again the working class across the world are being asked to take sides in a conflict from which we have nothing to gain and everything to lose. On the one hand Russia, attempting to reclaim what it has lost since the collapse of the USSR. On the other hand NATO, attempting to draw Ukraine further into its sphere of influence. In the background, imperialist line-ups are solidifying, with the EU states rallying behind the US, and Russia turning to China.

While the war in Ukraine represents an escalation in the drive to generalised war, it is not the only battleground right now. Whether it’s Syria, Yemen or Palestine, the capitalist class are pitting workers against each other across the world. All in search for financial revenues, raw materials and cheap labour-power. Nationalism –​​​​​​​ that ideological weapon of divide and rule –​​​​​​​ calls us to kill and die for a cause which is not ours.

Alongside military conflict, we are in the midst of a class war with our living and working conditions as the sacrifice on the altar of profitability. Through austerity we were forced to pay for the 2008 financial crash. But the global economy has never quite recovered. Even before the pandemic properly arrived, billions were being pumped into markets every day to keep them afloat and another recession was being predicted. The pandemic was only the spark that lit the flame. Now under the cover of restructuring, we are once again expected to pay for the crisis. Across workplaces we are seeing wages falling behind inflation, sackings, fire-and-rehire, pension and benefit cuts, and various other assaults on our class. Meanwhile at home we face food and fuel price rises, higher rents, more bills and more taxes. All the while the rich grow richer. And the war, as it upsets supply chains even further, will make the situation even worse.

Finally, let’s not forget the climate crisis. Floods, fires and extreme weather events are gradually making whole swathes of the planet uninhabitable. The ruling class continues to treat the planet like their private backyard with little consideration for the biodiversity and environmental underpinnings of life on earth. And, let’s face it, the capitalist conditions which created Covid-19 and allowed it to spread, killing millions, are still in place. The threat of future pandemics looms large.

War, poverty, crisis and disease are creating whole generations of people scarred by a system tending towards barbarism: refugees, friends and families of those fallen ill, maimed and killed, the unemployed and the homeless.

This is a war on multiple fronts against all workers and the future of humanity. But we can resist. Attempts to defend our living and working conditions can sow the seeds of a wider movement which recognises that capitalism – the current system of production characterised by the existence of private property, wage-labour, money and states – is the source of the problem. We have to pose the social question and the possibility of creating a society where production is according to need, not profit, a global commonwealth where states and borders have disappeared, where independent organs created by the working class can begin to collectively address the problems facing humanity.

Likewise, the scattered anti-war actions that have been reported so far – protests in Russia, soldiers disobeying their orders in Ukraine, refusals to handle shipments by dockers in the UK and Italy, sabotage by railway workers in Belarus – need to take on the working class perspective to be truly anti-war, lest they get instrumentalised by one side or the other. Support for Russia or Ukraine in this conflict means support for war. The only way to end this nightmare is for workers to fraternise across borders and bring down the war machine. Don’t buy into nationalist propaganda!

This is why we say no war but the class war. The ruling classes are already waging their war on us and the planet. It’s up to the workers of the world – the great majority without whom everything grinds to a halt – to create the alternative. 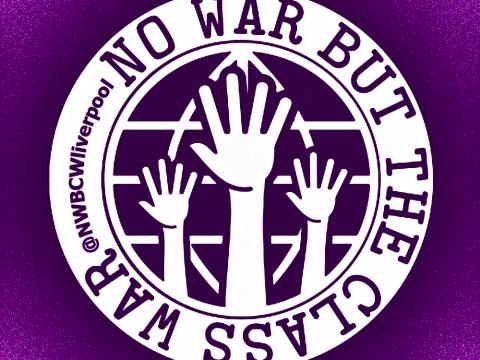 NWBCW Liverpool aims to bring the internationalist message to local struggles. We see ourselves in the tradition of previous attempts to oppose… 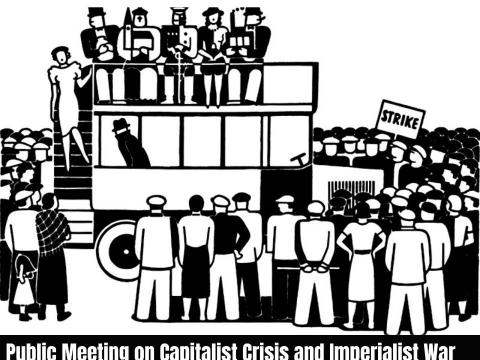 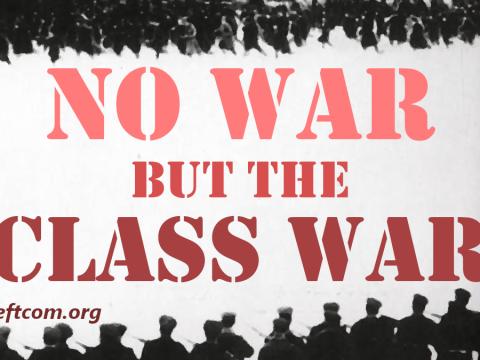 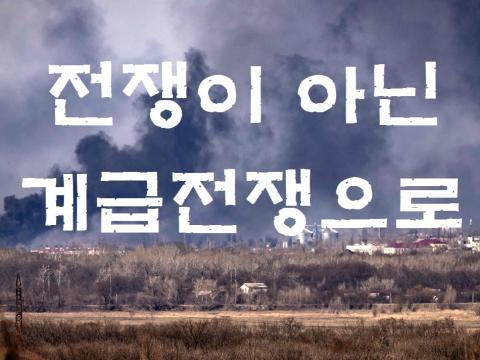