Black Marxism falls into roughly two main sections. First is a history of capitalism, but it is one that begins with the crusades and shows their quite close connection (both ideological and chronological) to the Portuguese and Spanish colonisation of the Americas via the legend of Prester John (a legendary Christian kingdom believed to exist at various times in Central Asia then Ethiopia). Capitalism is then seen as both an outgrowth of, and the driving force behind, early colonisation and new world slavery via the middle passage.

Then through W. E. B. Du Bois, CLR James, and Richard Wright develops the thesis of a Black Radical Tradition, one that developed out of those those authors' experiences both with Marxism and black nationalism.

Robinson notes that all three authors found inspiration in Marx's work and the Marxist milieu of the inter-war years, but ran into limitations both with Marxist theory as it was in the '30s as well as the realities of the Trotskyist and Stalinist left at the time.

CLR James' Black Jacobins and Du Bois' Black Reconstruction are the two works which really dominate the book and rightfully so. Black Jacobins was on my reading list for about a decade before I actually got around to reading it, and I wish I'd read it much sooner. While it was early in James' political development (he was still a Trotskyist when he wrote it), you can see the tension between James' Leninist conception of revolutionary leadership embodied in Toussaint Louverture with the various tactical and ideological compromises Louverture makes against the self-organisation of the masses (between putting down maroon and plantation rebellions towards the start of the book and over-optimistic negotiations with France at the end). I have not yet read Black Reconstruction, but Black Marxism, like Black Jacobins is another spur to move it up the reading list.

Both the historical summary of the genesis of capitalism and the examination of James, Du Bois and Wright are valuable contributions to understanding theoretical and historical questions which have often not been given a proper treatment.

In the course of reading the book there were a few passages which I found lacking though, these shouldn't put you off reading it, but like Robinson's own introduction, they situatedthe book as part of a process of asking questions as much as answering them.

Firstly, Robinson quotes Perry Anderson's claim that "within the entire corpus of Western Marxism, there is not a single serious appraisal or sustained critique of the work of one major theorist by another, revealing close textual knowledge or minimal analytic care in its treatment". Anderson is simply wrong here, because in 1938 Anton Pannekoek wrote a significant critique of Lenin in 'Lenin as Philosopher', and Robinson doesn't correct this assessment. CLR James and Raya Dunayevska were corresponding with Pannekoek in the early 1950s while they were re-assessing Marx and the role of the revolutionary organisation, so they would likely have been aware of this work, even if Perry Anderson was not.

"Where Marx had presumed that a bourgeois society established by a bourgeois revolution was a necessary condition of a conscious socialist movement. Lenin, in April of 1917, would declare that the process had been completed in Russia in less than three months".

While Marx did think that the advent of Capitalism in Western Europe was necessary for a conscious socialist movement there, he did not automatically apply this conclusion to the rest of the world. Marx's most concise statement of that argument is in his letter to the editor of Otecestvenniye Zapisky where he's clear Capital is a study of the development of Capitalism in Western Europe, not a recommendation that Capitalism be exported around the world as a precondition to socialism.

Du Bois, writing in the '30s, would not have had Marx's correspondence and later writing available to him. In fact Teodor Shanin's "Late Marx and the Russian Road" which collects some of Marx's drafts on Russia wasn't published until 1983, the same year as Black Marxism. Robinson however does not give Marx's writings on the American Civil War any treatment in the book (although again it's not clear whether Du Bois would have had access to them either, unlike much of Marx's writings at this point they're still not available online).

So with Black Marxism we have several 'Marxisms' simultaneously being responded to:

1. The work of Marx himself - which in the main was Eurocentric, but occasionally points towards an analysis of the colonies (his writings on the American Civil War and the Russian Mir). These other, incomplete, aspects of Marx are not adequately dealt with, a problem that is not at all unique to Robinson but is important in the context of the book's overall thesis.

2. 'Marxism' as the ideology of the third and fourth international, in which in the 1930s Lenin and Trotsky's interpretations dominated.

3. 'Marxists' as in the organised Marxist movement that Du Bois, James and Wright came into contact with via the American Communist Party and Trotskyist groups.

4. The Marxism that especially CLR James developed during his break with Trotskyism and Leninism (if not Lenin himself).

5. The other Marxisms, to which CLR James contributed, but which also existed prior to CLR James' engagement with them - i.e. Marx's own work, and the Dutch and German left (and the other targets of Lenin's Left Wing Communism and Infantile Disorder, which precipitated the organisational and theoretical break with the third international).

James' excavation of the Haitian Revolution uncovered an historical episode which Marx never dealt with, and thus it corrects a massive omission from Marx's work. However in general I think it's more useful to treat Marx's output as incomplete (while providing some tools to tackle subjects that Marx didn't deal with sufficiently), rather than seeing James' work as a break with it, since many others have made that similar break with Leninism while retaining what's useful from Marx.

It is this other Marxism where the treatment is lacking in Black Marxism. But it is in an engagement between Black Jacobins and the council communists that for example CLR James' landmark work Facing Reality from 1958 comes into play, and which allowed James to see the international significance of the 1956 Hungarian uprising. Is Robinson is dealing with James in the 1930s, before he reconnected with the dissident Marxist tradition in the late '40s and '50s (but was able to begin that break from his own historical investigation), or as a whole? Robinson also fails to mention Black women anarchists and Marxists such as Lucy Parsons or Claudia Jones, Parsons having produced a body of work and activism decades in advance of the people examined in the book.

The omission of Lucy Parsons also brings up an entirely separate discussion, which is the lack of mention of anarchism in the book - expected for something entitled 'Black Marxism' but maybe not for something attempting to wrestle with Marxism's limitations. However Robinson has apparently engaged with anarchism in his book 'Terms of Order', which i haven't read yet.

Is this Mike Harman's contribution to Marxology?

?? it's a (very short) book review. I wasn't planning to review it, but it was a bit frustrating that he ignored both council communism (on the terms the book sets) and anarchism (not quite on the terms the book sets but if you're trying to identify a tradition apart from Marxism it would've made sense to cover more), and that Marx's very late attempts to correct the worst Marxism didn't make it in.

However it's easy to see why people would reject Marxism as eurocentric when you have people like Dauve still talking absolute crap about this history of slavery in the 21st century when so much history is readily available.

I do think understanding how and why people end up taking different routes to anti-state communism is important, and the book does this in a way that is useful. I also had only pretty faint knowledge about the crusades and similar, and it filled a load of gaps there.

Apparently Robinson covers anarchism in https://libcom.org/library/terms-order, which I haven't read yet.

I liked the short review; it prompted me to go and pick up a copy of the book at the local library. I've been reading quite a bit on the slave trade and slavery in the US south, but haven't delved into Black Marxism just yet. It's good to know some of the omissions in the book, so thanks Mike.

However it's easy to see why people would reject Marxism as eurocentric when you have people like Dauve still talking absolute crap about this history of slavery in the 21st century when so much history is readily available.

Not just Dauve. I'd say most of autonomist Marxism (with the notable exceptions of Caffenzis and Federici) is also extremely Eurocentric.

Not just Dauve. I'd say most of autonomist Marxism (with the notable exceptions of Caffenzis and Federici) is also extremely Eurocentric.

I think there's also a problem that people take a charge of Eurocentrism as some kind of moral thing (whether making the charge or on the receiving end). Where that's really not what the issue is. For example Marx was eurocentric in the sense that he almost exclusively wrote about the development of capital, and struggles against it, in Western Europe. However he was also quite honest about this, and as noted above attempted to correct Russian 'Marksists' context-and-history-free import of his theory of the transition from feudalism to capitalism to communism to Russia.

Doesn't mean he wasn't guilty of all kinds of usually German national chauvinism at other times, but he was able to recognise the limitations and gaps in his own work and did (incomplete) work to correct/develop them.

But with Dauve, we get a projection of those limitations across the entire history and development of capitalism, and this is where it goes from being a limitation/incompleteness in analysis, to just flat out wrong/bad history and theory. Doesn't mean people don't have useful insights about other things. Like fordism/post-fordism is a decent way to understand management of factory work, but it doesn't fit into a neat periodisation of capitalism internationally.

With Robinson, he's trying to identify a tradition both outside mainstream Leninist Marxism and from colonised people and locations, and the identification of that tradition is great, but it misses some of the best other critics of Leninist Marxism.

And this isn't just an abstract theoretical or historiographic issue, you can see these issues in the analysis of the Grunwick and Gate Gourmet disputes in this AWW book review where it's talking about different waves of migration to the UK and their impact on class composition. 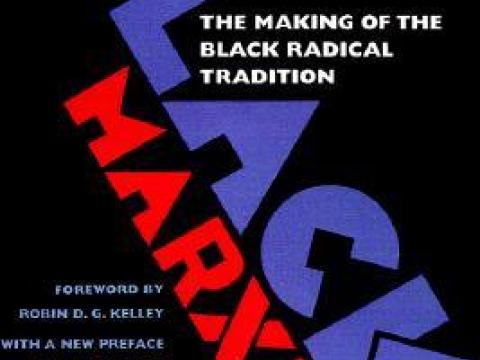 In this ambitious work, first published in 1983, Cedric Robinson demonstrates that efforts to… 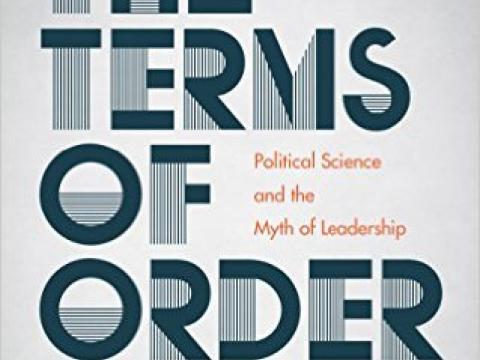 Cedric J. Robinson contends that our perception of political order is an illusion, maintained by political and social theorists who share a… 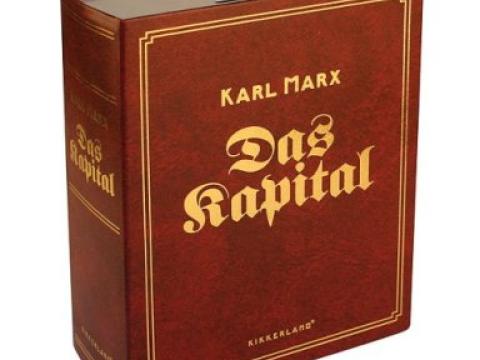 Marx's book on capital, like Plato's book on the state, like Machiavelli's Prince and Rousseau's Social Contract: owes its tremendous and…