The rising tensions in the Persian Gulf in the past weeks can be easily attributed to a sharp crisis of overproduction in the international oil market, ongoing since 2014. One relevant theater for understanding recent developments therefore lies in the largely under-reported and often overlooked Libyan Civil War, and in particular in its wide-ranging implications for OPEC (Organization of the Petroleum Exporting Countries).

Despite the marginalization of most Salafi-Jihadist forces in the region in the past three years – first with the capture of ISIS’ last stronghold in Sirte in December 2016 and then with Ansar al-Sharia’s dissolution in May 2017 – Libya remains a “failed state”, and many of the world’s major imperial powers are principally seeking stability there, if only to allow for a resumption of crude oil exports. The force that offers the greatest promise of this is strongman Khalifa Haftar’s Libyan National Army, affiliated with the eastern-based House of Representatives. Though the UN officially recognizes its rival power – the Government of National Accord – a number of international imperial states have grown tired of the GNA’s weak grip on the region, and have begun providing under-the-table support for the LNA’s recent Western Libyan Offensive, lured in by the prospect of a stable military junta under Haftar.

To Russia1 , Saudi Arabia2 , Egypt, and the UAE3 , Haftar promises an array of tasty oil deals and a commitment to purge Libya of the Muslim Brotherhood, who’ve been given free reign under the GNA’s administration. More recently, shifting imperialist alliances have found the United States with a stake in the LNA as well, and the White House issued a favorable public statement on Haftar this April.4 This abrupt turn away from the former policy of (nominal) support for the GNA is no doubt due in part to Trump’s personal volatility, but – perhaps more importantly – also to Haftar’s successful February seizure of two of Libya’s largest oil fields: el-Sharara and el-Feel, both in the southwestern Murzuq Basin.5 The US decision to support the GNA in 2016 was a short-sighted one, made because they were the group most immediately willing to accommodate NATO bombings against ISIS and not for any more substantive political reasons. Today US capital sees both the success of the LNA’s military campaigns and also the GNA’s Islamist links and is likely regretting its choice of three years ago; Trump is just being more open about this than the rest of the American ruling class. In addition, Haftar has extensive CIA connections from his period of exile in the United States6 , and these offer for the American bourgeoisie the potential of significant influence in North Africa, a counterweight to China’s near-hegemonic imperialist domination in Africa today.

In sum, though it’s uncommon to find Russia, the United States, and the Gulf States backing the same forces, Libya today is a rare exception, and even despite recent international calls for a ceasefire arms shipments to Haftar continue, either directly in violation of the agreement7 or via Saudi Arabia8 , who along with Russia have not even formally agreed to it. The principal exceptions are the rogue states Turkey and Qatar, both of which have their own aspirations in the region, beginning with a re-invigorated Islamist presence in Libya.

Stability in Libya under LNA rule would allow for a significant boost in international oil production, substantial fuel on the fire of an already saturated oil market, itself a result of the global stagnation in the real economy. Due to their promised trade deals with Haftar, the Gulf Cooperation Council would be insulated from this, but the rest of OPEC – especially Iran and Venezuela – are potentially facing serious trouble in the near future. At the moment, even despite having successfully captured the Murzuq Basin, Haftar has struggled to re-establish consistent oil production, undermined by recurring sabotage campaigns near Tripoli.9 However, if Haftar’s renewed Tripoli offensive – looming for weeks and finally initiated last Monday10 – succeeds, it will be a major step towards full consolidation and re-stabilization of the Libyan oil market, and we may see oil production in Libya reach numbers not seen since Gaddafi’s overthrow. This is the great and deeply pressing concern for Iran today, and the country’s warmongering is therefore the clear and predictable move of an imperialist bourgeoisie – already weakened by devastating international sanctions – in crisis.

Of course, in all cases, the losers are bound to be the Libyan working class, for whom neither the GNA’s reactionary Islamist links nor Haftar’s military dictatorship offers anything. Aided by their international imperialist partners, both forces have been responsible for major atrocities, most particularly against refugees and migrants turned away from the EU by “Fortress Europe” policies and subjected to slave-like conditions and exploitation in GNA detention centers.11 The LNA has just as much blood on its hands, and not twenty days ago was likely responsible for the devastating airstrike on a detention center in Tajoura that left 53 dead.12 Libya has endured unfathomable suffering in the past decade, and prospects remain equally grim today.

However, as always, crisis begets class struggle, and strikes and labor organization in Libya’s oil fields have been a feature of the landscape even through the worst excesses of the civil war.13 It is these independent working-class forces that offer the only hope of emancipation in that country, but this will not come soon, nor without the assistance of the rest of the world working class. For now, therefore, the central point of tension in the region lies in Tripoli, and the next few weeks there may have substantial bearing on the possibility of war in the Gulf. 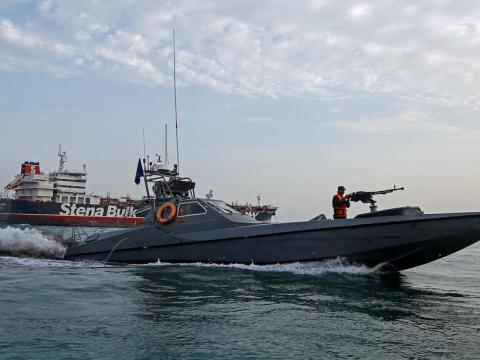 The Drums of War in the Gulf

The article which follows is taken from the new edition of Revolutionary Perspectives (#14) which is just out. It was obviously written before…
Image 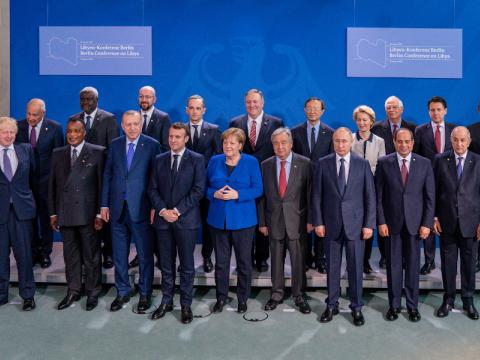 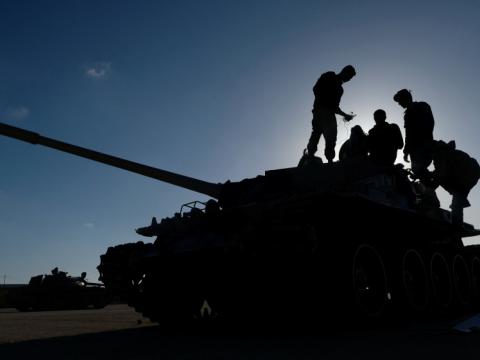 Since 2011 Libya has been living with a continual war between internal factions, tribal struggles and the arrogant presence of all, or almost all…
Image 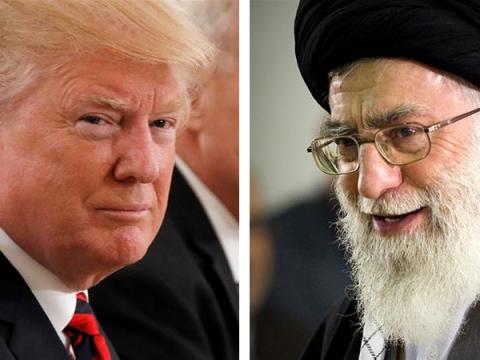 Iran and the USA on the Warpath?

Whether this situation of neither war nor negotiation, or ‘a bit of war, a bit of truce’ is going to last for a long time or will be temporary,…