The British State want iris scan, fingerprint, photo, NINO, and the old chestnut “if you're doing nothing wrong you've got nothing to hide” is being aired again. The type of info required they claim is only the basic necessary to prove your identity and to fight crime.

ID Cards
The first important thing about I D cards is they want a register rather than a card; bits of paper or plastic are to a greater extent irrelevant. We are talking of knowledge power here, the panoptican that shines an omniscient light from which there is nowhere to hide. Or so they'd have us believe, could they be confusing hubris with omnipotence? While the card is more costly it will be of a more symbolic nature the actual hardware, giving you something for your money.

The claims are it will be used to stop terrorism (“I accept that it is important that we do not pretend that an entitlement card would be an overwhelming factor in combating international terrorism" David Blunkett), benefit fraud ( Blunkett again went so far as to dismiss the significance of identity fraud in welfare, saying "benefit fraud is only a tiny part of the problem in the benefit system") , illegal immigration, identity theft, illegal working, organized crime, stopping failed asylum seekers accessing services.. indeed a veritable panacea for all ills and so obviously going wide of the mark. They will however con some desperate, ignorant &/or gullible folk, but how many? Much of the analysis points to I D cards assisting all the things they are being introduced to prevent, so why do it?

Information gathering & for what purpose? The old chestnut “if you're doing nothing wrong you've got nothing to hide” is being aired again. The type of info required they claim is only the basic necessary to prove your identity & to fight crime. Bearing in mind the expanding definition of crime, fast becoming what small minded petty middle class folk don't like, oh dear. This appears to tie in nicely with the huge number of CCTV cameras in this country, the most in Europe if not the planet and ASBOS, dispersal orders and the other new powers given to police and courts to penalize people without even the already dubious due process. Shopping centers are even being not only supported but lauded for banning young people in baseball caps & “hoodys”. This is how low things have got where ones attire is the defining mark of criminality, striking fear even into the heart of mighty Prescott . Hmmm, The man who smites the mulleted! (ok there he had a point).

They want iris scan, fingerprint, photo, NINO, other no's such as immigration if you have one & if any detail changes (or you have to point out an error on their part) you will be required to tell them & then pay for the privilege of sorting out their mistake or having a life. Bear in mind you may only find out when someone else accesses the data because for much of it, that will be a privilege denied to you.

It is also proposed that the info is not just available to law/security sector of Govt, but also others providing public service. This would appear to include much of the private sector eg banks, places that provide credit & credit reference companies (Experian).

"As part of this digital security infrastructure we envision that every constituent will have a highly secured, multi-purpose, government-provided electronic ID card that will serve not only for government purposes but also for online activities in the private sector-the electronic equivalent of today's ID cards, passports, driver's licenses and social security cards."

Of course this will be presented in a way to make you think that such bond are actually a blessing, making life sooo much easier & convenient. Perhaps it will be but for whom?

Big business bonanza!
In a lengthy submission to the Home Office Atos Origin argued that the "well understood sensitivity of the issue indicates the need to progress gradually rather than by 'big bang'. Because of the history and tradition of the British people, we believe that arriving at a universal entitlement multi-application smart card may be an iterative process stretching over a number of years". Atos Origin basically argued that the Government should introduce an ID Card-lite and then "migrate" to a full biometric card and detailed population database when the card is already in use.

The above statement is an example of the greedy cynicism inherent in this scheme. It is not just a case of the state deciding that we can't be trusted to live our lives without imposing even more pointless rules & regulations they are also intent on lining their chums already bulging pockets with our money. Yup that's right make society a (semi) open prison and make the inmates pay. But hey we get to shop.

With the advent of other monitoring technology it will no longer be necessary to go through receipts to find out what you buy as among other things the clothes you wear will be readable. Admittedly the state are not particularly bothered by what you wear ,unless it's a hoody or hijab, can't have anything too outrageous or concealing. However the companies who will be involved in developing surveillance systems will want a little bit more than the billions they will rake in for their original tenders & of course the billions more they'll get when the job goes over budget but since they started….. No they will happily develop additional technology which can & will be sold to those interests who wish to target you for every penny they can get your hands on. People will no longer be regarded as autonomous individuals but units, the purpose of which is purely to generate & exchange currency.

A variety of IT companies have shown their interest including BT (y'know they do phones), ID Data a “card & card solutions” company, Identix who work on fingerprint & facial recognition technology.

Ok so why do we oppose it?
1. Because it is wrong plain & simple.
2. It's a rip off. They really are taking the piss here. Charging us through the nose to get done over.
3. It will not work for any of the purposes they claim for a number of reasons including their lack of competence. As for the companies greed: it will work a bit, but always need a bit more money to fix it. Bit like smack really.
4. Govt. IT schemes always collapse into enquiries as to what went so spectacularly wrong. Over budget, the programmes don't work, the hardware doesn't work then they start to tinker round with them &/or the initial plan changes ½ way through (if that far on). Everyone a loser from NHS to Passports to DWP & on infinitum.
5. As was raised @ a house of commons Committee, they will affect everyone but vulnerable social groups more. So if you are from an ethnic minority or homeless for example you will find yourself subjected to checks more often than those responsible for real offences like bringing in this rubbish
6. If it's not compulsory it will not be of any good rally (also pointed out by a house Committee), though one thing for pushing it may be to go on the ‘we can use finger prints to solve old crimes'. As we have no statute of limitations in this country & they got rid of double jeopardy looks like when the police are feeling undervalued/funded they can fill the courts & jails with dubious cases.

Another issue people will have to face is how to live without our inflexible friends as we will apparently need them if we want to work or get benefits.

- failure to submit to fingerprinting and biometric scanning = £2500

- failure to provide information demanded by the government = £2500

- failure to notify authorities about a lost, stolen, damaged or defective card = up to 51 weeks in prison and/or a fine

- failure to attend subsequent fingerprinting and biometric scanning when demanded = £1000

- providing false information = up to 2 years and/or a fine

To add insult to injury, many of the offences set out in the Bill are civil penalties meaning it's unlikely you'll get legal aid to help your defence.

So what are we going to do?
So far there have been demos across the country, the media not giving the issue very much coverage at all. After the election however those opposing it will have to raise the game as the government are set on bringing the legislation in as quickly as possible. Much of the foundation work has apparently been done & no doubt the propaganda machine is revving up waiting for the green light. We cannot (did we ever) rely on backbenchers or the lord to save our arses. This one like the poll tax affects everyone, well more so as this also includes children, so it will be up to us all to not only fight it before but also if it is passed after.

This may mean having to set up support for those denied services due to a lack of cash, raising awareness of what is going on & of those companies complicit in the development of the scheme. We also have to challenge the variety of arguments being put forward by the government & supporters of the scheme on the grounds of public interest:

Even if the card did address these issues which it wont it will have to be argued (as well) that the effect on civil liberties is not worth the claimed ‘benefits'. Some of these issues, which the Govt. wish to address are attacks on our freedom anyway from the racism of immigration policy to the ‘so called prevention of crime' measures which we have witnessed extending throughout the past couple of years. The Govt. & indeed the political culture have played with the media a game of who can scare the shit out of the public the most. In attempting to outdo each other they have managed to convince many people that what they see is not real. While there are some unpleasant people in our communities doing things we'd all prefer them not to, it's nowhere near as bad as the exaggerated horror stories that we are fed daily. This is how they have managed with barely a peep of dissent to cover Britain in CCTV & impose new social controls such as ASBOs & dispersal orders. Manchester seems to be the capital of repressive practice, a willing laboratory for these new toys, happy to have more CCTV than anywhere else in the country (anecdotally I've heard the planet) & appears to deal out ASBOS like sweeties. Very often to children.

If people are happy to accept these measures & the accompanying rhetoric, they will in the view of the government be prepared to accept the I D register & cards. Especially if those opposed can be presented as enemies of the people who support terrorism, criminality, dropping litter & anything else they heard that someone in a key marginal might have thought about getting upset about.

Now Labour have been elected again, albeit with a reduced majority & some backbenchers ready(ish) to challenge their leaders, we can look forward to an extension of the measures toward a stilted culture of fear alienation and the ‘comfort food' of consumption. Already we are getting signals of this with the inaccurate & unfair stigmatizing of youth, immigrants & other sections of society. Their confusion of deference with respect, should worry us all. We need to address these issues before we no longer can. Remember what that German pastor said?

This article forms part of the AF's 'living document' Defending Anonymity which can be found in the pamphlets / booklets section of our website: http://www.afed.org.uk/ace/ 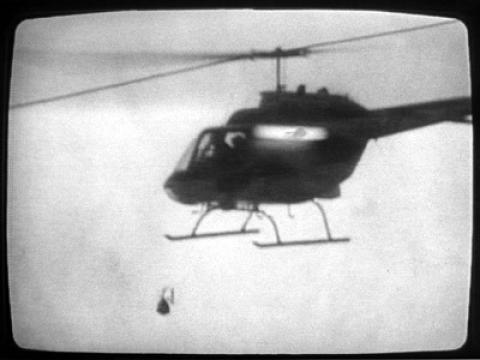 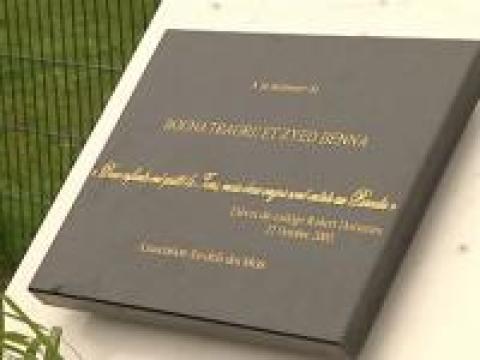