A very different animal from private sector pensions, the public sector pension was set up to be effective immediately, and thus did not work on a pension pot principle.

Instead, public pensions, covering all civil servants (approx 1/3 of the working population), are paid directly to the government throughout the working life of the individual. Pensions are then paid back out of existing governmental funds.

In recent years, the government claims the balance of people paying into and out of the pension pot has changed, as people are living longer.

The government have as a result begun to attack retirement ages for public sector workers, proposing that the ’85 rule’ allowing workers to retire after their service and age add up to 85 or more, be scrapped, and that workers only be entitled to their full pensions at the age of 65 (it is currently 60).

The Turner Report, which had proposed the changes, also recommended the gradual raising of pensionable age to 70 if these proposals were accepted.

The proposals directly contravened the accepted standards, and threatened to con millions out of money they had already paid into the pension pot.

Last year, the major public service unions, including the PCS, Unison, Amicus and the T&G vowed to fight the move. A general strike was balloted for close to the May elections, but a halt was called thanks to Labour lobbying of the top ranks of the union and a promise that the party would back down if it was left until after the election.

After the election, the government resumed its plans. The unions against threatened action and at the end of last year a deal was struck, with the government cutting up the pensions issue into national and local level services.

Local level services were left out negotiations, and unions were told that any negotiations would have to be with local government employers on pensions in that area.

National level negotiations, though presented as a victory for the unions, gained everything that the government wanted, albeit over a longer timeframe. Although existing government workers’ pensions are protected, all new workers will be subject to changes in the conditions of their pensions meaning later retirement.

This effectively ended the threat of official union action, and meant that over the course of the next 50 years the government would replace the more reasonable deal currently in effect with one involving a five year increase in working life.

Research has shown that many workers in the poorest-paid and most hazardous sectors will under this plan be dead before they can enjoy their pension. The estimated average loss per worker of the move is £20,000.

In local government, negotiation is still going on as this is being written, but the same deal has effectively been struck. Local governments are trying to get support staff exempted from the deal, including support teachers reservist firemen etc.

Strong incentives are being considered to try and shift emphasis from the public sector’s dependence and increasingly coordinated concern over governmental pensions into a state-sanctioned ‘second pension’.

Financial company Watson Wyatt have estimated the government’s total pensions liabilities (calculated as if it were a company) at £1 trillion, saying that the situation is effectively a growing crisis requiring drastic measures.

Critics of this system of accounting however have pointed out that as the government takes and pays pensions contributions directly, the trends looked at should not be liabilities but amounts paid in and out, which have not changed in the last year. 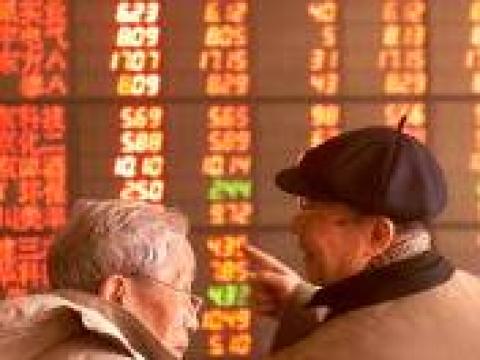