After the Dust Settles - Lessons from the Summit Protests

The major advantage of the network form of organisation is that it allowed the rapid development and growth of a movement of tens of thousands from a tiny base without significant resources But no single form of organisation, unless it is one that involves the majority of workers, will ever be able to take it on in a straight fight

This article examines the mainstream media and looks at the various factors which ensure that it effectively works as a propaganda tool for the powerful. It looks at ways in which anarchists can deal with this situation, by creating our own media, but also by challenging the hostility that they habitually encounter from the mainstream. It is mostly based on the experience of the 2004 Mayday protests in Dublin.

Perhaps the two biggest problems in dealing with the media are firstly that the media can, through the questions they ask and the pressures they bring, begin to set the political agenda of the group. Secondly servicing the media machine can take up all a group's time and energy (to the detriment of the other activity).

The ideas of James Connolly

James Connolly is probably the single most important figure in the history of the Irish left. He was an organiser in the IWW in the USA but in Ireland is best known for his role in building the syndicalist phase of Irish union movement and for involving the armed defence body of that union, the Irish Citizens' Army in the 1916 nationalist insurrection. This left a legacy claimed at one time or another not only by all the Irish left parties but also by the nationalists of Fianna Fail and Sinn Fein.

The original battle cry of Argentinean people "Que se vayan todos" - We want all of them out - that expressed the will to break with the corrupt bureaucracies, with the political class, turned out with all of them staying in the end. These experiences also highlight many of the problems anarchists elsewhere face in the wake of popular risings and they show us that the building of a libertarian society is not a matter of repeating clichés and slogans.

Review: No Global - The People of Ireland Versus the multinationals

No Global appears at a vital time. Anyone who wants to see how the bigger picture has unfolded to date can read in detail about the numerous struggles. But No Global is less clear and less persuasive when it comes to dissecting the political ideas within the environmental movement and the problems these caused 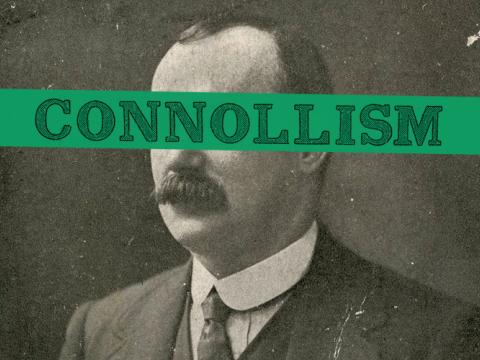 A review in Solidarity for Workers' Power vol. 7, no. 11 of James Connolly: Selected Writings edited by P. Berresford Ellis and published by…