Ex-Black Panther and ex-political prisoner Lorenzo Kom’boa Ervin on being a Black Autonomist, and uninterested in the syndicalist v. primitivist debate.

I spoke in Eugene, Oregon on October, and now there is some “debate” over whether Lorenzo is a “primitivist”? And suddenly I am in the middle of “syndicalist v. primitivist” debate that I have no interest in at all.

This is certainly some manufactured bullshit.

I recently spoke in Eugene *and Portland* before Anarchist audiences on behalf of a political prisoner serving 23 years for the destruction of property, just like I support political prisoners all over the world, but the subject of the talk had nothing to do about “primitivism”. [Hell, the Portland talk was sponsored by the APLAN, the Anarchist prison support group, and dealt with the war, prisons and police brutality]. I am in nobody’s camp on that. But I will say that I am for the eradication of capitalism *and Western civilization*, which is based on the enslavement of my people and the colored peoples of the world. I have had that position for a long time, but that’s my position. We are not trying to just dismantle the USA, or put Black/Brown/Yellow faces in high places, nor elect an Anarchist parliament. We want to fundamentally change social life, and throw off the old system entirely, not make the corrupt techtronic society “work for the people”. Hell, that’s no different than what the Bolsheviks did in Russia, tried to make the capitalist economy/western civilization serve the people in a new “workers state.” I do know that we want to do away with a society based on racial slavery, economic exploitation, political domination and all forms of social oppression. Is that a “primitivist critique, well I don’t know? What form a new society/way of life will take *exactly* I am not sure, but I am open to listen to someone else’s perspective, and feel I am strong enough myself to make critical decisions about it. But, of course, I did not go to Eugene to “join up”, although some may want to think that. I did not even have any discussions about the subject the whole time I was there. The crazy thing was before I even arrived, “rumors” started that I hated the Eugene Anarchists, and nobody could understand why I would speak there. I never said any such thing, and I go where people will receive me, even I do not agree with some aspects of their overall ideology/core concepts.

I speak before all kinds of audiences, but especially Anarchists of all stripes: syndicalists, anti-globalists, Platformists, ABC federations, Black autonomists, as well as all kinds of independent radicals. You cannot infer membership in an organization or political sympathy strictly based on a talk I give. I don’t appreciate folks trying to attribute some type of ulterior motives or refining their pet theories at my expense, but you know what I am not going to raise it again, and will let you all worry about it. I will just tell the truth and let the chips fall where they may. Meanwhile, I will be coming out with a new version of Anarchism and the Black Revolution soon which will state my position. It will definitely be different from previous versions, but don’t think it will be a primitivist treatise, but you think about it for yourself. I never do or say things because I want people to like me. I always like to think of myself as a unique person politically, that creates new ways of thinking, which means that I will consider new ideals, even if I partially or wholly reject them. What I don’t like is for people to try to pressure or pillory me if I do consider new critiques of the state and capitalism. When I first came out with my original critiques in Anarchism and the Black Revolution in 1979, I was shunned and vehemently criticized by the North American Anarchist movement, primarily the USA. People claimed that I was “race baiting”, “preaching separatism”, “destroying class unity between Black and white”, and other nonsense. And now I am to believe that they are worried that I am “turning against” syndicalism and becoming a primitivist, whatever that is. The truth is I have not described myself as a syndicalist in years, I am a Black Autonomist, and see indigenous and oppressed peoples of color as centric to any social change in this world, not as either “subjects or savages.”

And let me say that, either on ideology or mannerisms, I don’t think so-called “primitivists” are any more “inherently racist” than some of the racist assholes I have met and argued with in the IWW, ARA, AFA and other such tendencies over the years, who not only didn’t want Black/ peoples of color [in any numbers] in their movements, but didn’t want to deal with anything I/we had to say about the lack of diversity of those movements, and their “white working class hero” orientation. Nothing has changed with that at all through the years, and all of you here know that, if you are honest. White radicals, Anarchists, Socialists, or Communists feel that they speak for white workers [they don't, but that's another story], and at best give lip servce to the struggles of Blacks/poc. They don’t feel that we have anything to contribute to a social revolution, except as members of their federations or parties. So, I am not joining any totally white movement: syndicalist, primitivist, Libertarian Marxist, Anarchist or otherwise, but I will consider political arguments from any such tendencies, and may even incorporate parts of them. In that respect, I am not dogmatic, although some may accuse me of being “eclectic” or a “pragmatist”

Finally, I don’t have to ask for permission of anybody to go somewhere and speak, and I will just leave it to those weak souls who worry about what I do and say, as if it has such deep political meaning and they have to worry about it all as if I were a leader or head of state. Craziness. If it bothers you that much and you stay awake at night worrying about me, then seek professional counseling, because I do and say what I want, and it may drive you totally insane trying to figure it all out. Even the tea leaves ain’t telling nothing. There is no hidden message here from my trip, and I have not gone into anybody’s camp. I still think for myself, and what may seem like a contradiction to you makes perfect sense to me. ‘Nuff said. Don’t you people have anything better to do? A world war is raging, there is an international capitalist economic crisis, millions are imprisoned, starving or being murdered by governments, and all you have time to do is wonder about such nonsense. 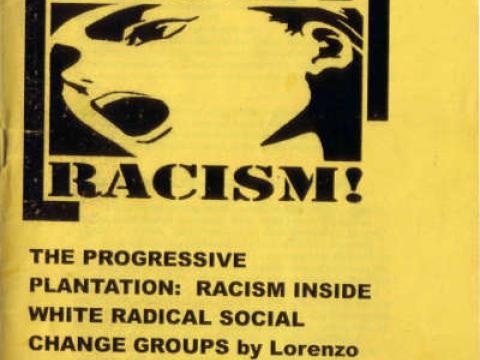 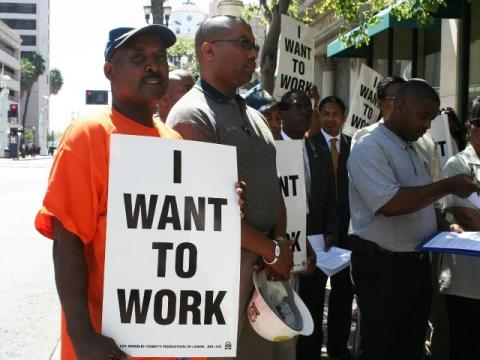 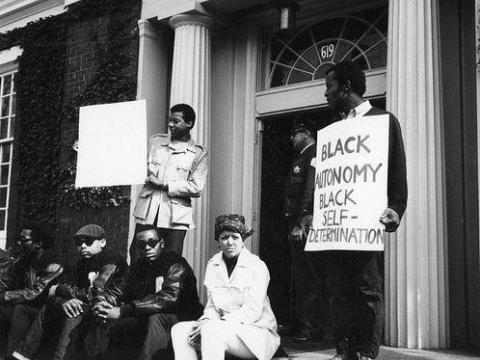 Originally titled “Anarchism and Racism,” this editorial was written in the early 1990s around the… 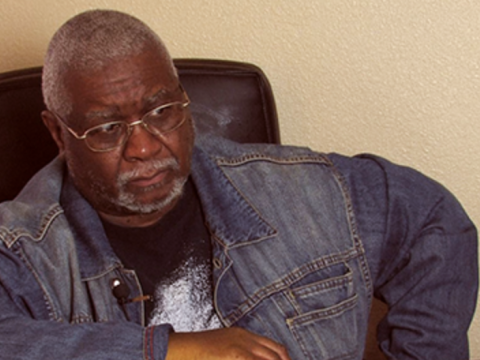