This is the second interview in our regroupment series looking at some of the new groups currently working in the UK and exploring the reasons behind their formation.

What’s the idea behind the Platypus project?

At present the Marxist Left stands in ruins. Platypus is a project for the self-criticism, self-education, and, ultimately, the practical reconstitution of a Marxian Left.

Platypus contends the Left suffers, as a result of the accumulated wreckage of intervening defeats and failures, from a very partial and distorted memory of its own history; and that at crucial moments the best work on the Left is its own critique, motivated by the attempt to escape this history and its outcomes. The Left is in such a grave state of decomposition that it has become exceedingly difficult to draft coherently programmatic social-political demands. At certain times, the most necessary contribution one can make is to declare that the Left is dead.

Hence, Platypus makes the proclamation, for our time: “The Left is dead! — Long live the Left!” — We say this so that the future possibility of the Left might live.

We take our namesake from the platypus, which suffered at its moment of zoological discovery from its unclassifiability according to prevailing science. We think that an authentic emancipatory Left today would suffer from a similar problem of (mis)recognition, in part because the tasks and project of social emancipation have disintegrated and so exist for us only in fragments.

We have organized our critical investigation of the history of the Left in order to help discern emancipatory social possibilities in the present, a present that has been determined by the history of defeat and failure on the Left. As seekers after a highly problematic legacy from which we are separated by a definite historical distance, we are dedicated to approaching the history of thought and action on the Left from which we must learn in a deliberately non-dogmatic manner, taking nothing as given.

How does the international aspect of Platypus influence your project? What challenges and possibilities does it open up?

We take the question of internationalism seriously and we do so through hosting the conversation at different cities, such as in Greece, Germany, Canada, US and UK. Through our reading group and public fora we try to raise the same issues in numerous contexts and thus build a continuous conversation through multiple locations. The similarities of the problems at an international scale faced by the Left are greater than what we might have expected. By our efforts to educate ourselves on the question of an international Left (and capitalism), through posing it in different concrete circumstances, we hope to provide a space for renewed debate and unexpected agreements. We try to clarify problems not only in specific locations but to understand what internationalism and solidarity could mean today. We hope to provide the Left with a platform on which it can clarify and transform itself. Platypus as a project, though it started in the US, was able to grapple with a problem that is: understanding the global defeat of the Left and the possibility for global human emancipation.

Whilst attending a talk hosted by Platypus in Berlin we heard the project described as a “pre-political” one. At what point might Platypus move to a more overtly political project?

The importance of hosting the conversation, as opposed to organizing debates or varying forms of activism, is due to platypus’s self conception as a pre-political project. We don’t seek to host debates but instead “curate conversations” in which the differences among various tendencies on the “Left” can be manifested and worked through. We hope to clarify the problems these differences raise, or at least identify unexpected agreements. The choice of a pre-political project is not merely a choice to abstain from politics, but rather, it is informed by what we recognize as a greater absence of politics, that is, the absence of radical democratic social transformation in our moment.

It has become clear that previous and current far Left political models are inadequate to the task at hand. What is required is hosting the conversation about what it means to be political in order to create the possibility for new political forms to emerge that are capable of posing the question of human emancipation. Platypus would dissolve itself once the possibility of more overtly political organization emerges. In the future, either Marxism will be forgotten or a political form will emerge that allows Platypus to dissolve itself.

What do you think the future of the Left here in the UK looks like?

This is the third interview in our regroupment series looking at some of the new groups currently working in the UK and exploring the reasons behind their formation. With the return of direct action against power stations and fuel policies in the news is the time ripe for a return to climate activism? We ask the Climate Justice Collective for their opinion. Originally published in September 2012.
Image 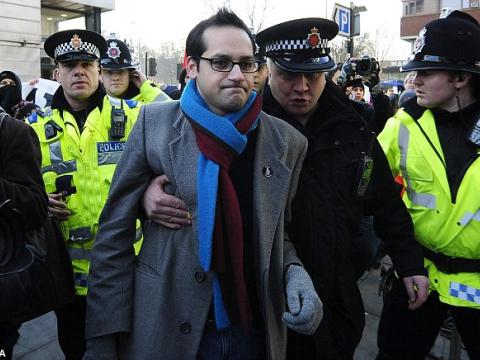 The Manchester protest against Aaron Porter was not anti-Semitic! 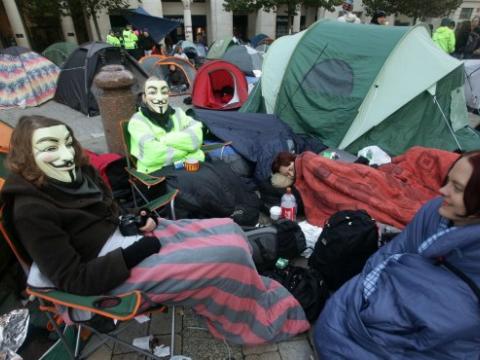 Occupied with conspiracies? The occupy movement, populist anti-elitism, and the conspiracy theorists

Spencer Sunshine discusses the infiltration of the Occupy movement by conspiracy…