The deconstruction of professor Thrub

Steven Johns reviews the ambitious second novel of DD Johnston which follows a young woman on a riproaring ride through 20th-century history from the Belfast outdoor relief agitation to Spain during the civil war and Budapest in 1956.

The book, which was longlisted for the Goldsmiths prize, is written as the creative writing Ph.D. of an unnamed student (and was in fact written as his own creative writing Ph.D.). It follows a presumably semi-autobiographical postgrad student attempting a challenging writing project: to examine the event for life of a young woman from Belfast, Elsie Stewart, looking at themes of free will and determinism.

Under the post-structural guidance of the eccentric professor Thrub, which included such directions as "desist from using personal pronouns", the student's research takes him from revolutionary Ukraine in 1917 to the agitation of the unemployed in Belfast in 1932 to the Spanish civil war , the Soviet gulags and the uprising of Hungary 1956.

Against each of these backdrops are interwoven a series of love stories, mixing comedy, tragedy, philosophy and history.

Amusingly, the review of the book by The Morning Star states "[o]f course Johnston – a libertarian communist – can't resist settling old scores against both the Spanish Communist party or the Soviet Union" but at least then admits that "he has written such a determinedly extraordinary book we can freely forgive him for that".

The deconstruction retains the satirical wit of Johnston's first novel, and while it contains some complex themes and historical events you don't need any specialised knowledge to be able to enjoy it.

Admittedly, some of its philosophical musings were over my head, but many of the key concepts were helpfully explained by the author's foul-mouthed anarchist friend, Barry, who bears a striking resemblance to libcom's own revol68, if only he was as clever as he believes himself to be. In the extract from the novel, below, Barry tears through professor Thrub's reading list, explaining why basically all the philosophers apart from Marx are a waste of time.

A historical epic, a story about love, revolution and the university, with echoes of Luther Blissett's Q and a lot of laughs, this is a great book which entertains, confuses and educates in equal measure. You should read it!

[Barry:] ‘Who else did he tell ye tae read?’
[Author:] ‘Hegel–’
‘Hegel? Oh, fuck right off. Hegel can suck my balls as soon as Kant’s finished.’
‘You’ve read Hegel?’
‘Of course I’ve not read Hegel. Listen, I took this wee girl out the other week, right, and she’s a middle class type from fuckin Holywood or somewhere, so I’ve taken her out for dinner, ye know? And I says to her, what sort of cuisines are ye intae? And she says she’d quite like to go for Chinese. Grand, I say, Chinese it is. So we go to this posh place on the Lisburn Road and we get sat down and they bring the menus and all this here. And I’m lookin for the fuckin half-and-half sweet and sour like but I have to make do with, I don’t know, fuckin prawns or something it was. Right so, they bring out all this here food and I’m set to start eatin when I notice there’s no fuckin cutlery. I’m about to pull yer man over and say here what’s wi this when the wee girl opens this packet and starts clickety clicketing with her fuckin chopsticks, right? Right, so that’s the deal, okay. And I don’t want to be scunnered as some lumpen cunt, right, so I open my packet and I try tae do the same thing she’s doin. And after a minute or two there’s food on the table cloth, food on the floor, food on my fuckin face, and fuck all’s goin anywhere near my mouth, right? So the wee girl says to me, do ye not know how tae use yer chopsticks there? She’s half-finished her plate by this point. I don’t normally eat Chinese, I say. I just fancied it cause you did, right? And she starts tae laugh a wee bit and she says tae me, have ye never learned? And I get a wee bit pissed off now cause sure as I fancy her I don’t like being looked down on cause I’m workin class, right? So I says tae her, no, as it happens, I haven’t. And d’ye know why? Cause as a laddie I was taught tae use more sophisticated utensils: ye might have encountered them, love, they’re called a knife and fork. What I’m sayin, right, is that there’s no need tae go backwards if ye’ve already mastered a more sophisticated version. I can ride a mountain bike, right, but I’d be shite on a penny farthing. I’ve read Marx, right, and I’m no more likely to read Hegel than I am to eat my dinner wi a pair of fuckin knittin needles. Who else?’
‘Marx.’
‘…Who else?’
‘Nietzsche.’
‘Nietzsche? Listen, all ye need tae know about Nietzsche, right, is that he had fuckin biscuits for bones and cause he couldnae get a rocket he over-compensated wi all that übermensch shite. I’ll see his will to power when he’s suckin my balls. What’s that mate? Ye’ve gone off Wagner, have ye? Very good. Suck my balls.’
‘Come on, Barry: genealogies, affirmation, the critique of metaphysics, the–’
‘I’ll tell ye somethin else about Nietzsche: it was an anarchist, Max Stirner, who wrote “God is dead” and most of the other decent bits in Nietzsche. Read Stirner’s The Ego and His Own, then go back to Nietzsche, then suck my balls. That’s how it works, see: all interesting ideas come from radical thinkers who don’t hold university positions. It’s a fact. Then some over-privileged fuckwit comes along and takes the credit just cause he knows the right people and sucks the right cocks. It’s like the Situationists and Baudrillard. Don’t even get me started on Baudrillard. Vaneigem and Debord shite on Baudrillard from the fuckin moon. The Gulf War didn’t happen? Suck the charcoaled bollocks of a severely burned Iraqi corpse.’
‘Heidegger.’
‘Heidegger? He was a fuckin Nazi. I wouldn’t even let Heidegger suck my balls.’
‘Lacan?’
‘Lacan thinks my balls symbolise the acquisition of language. Lacan has a dream in which he bites my balls off and inducts me into the Symbolic Order. For that reason, Lacan can’t suck my balls.’…

For me this is the best novel I have read for ages. Any book that critiques contemporary University life, analyses the complexities of the Spanish Civil War and discusses the differences between revolutionary and random violence whilst remaining funny, philosophically engaged and politically radical is worth a hundred tedious, bourgeois, 'literary' Booker Prize winners.
Passionately recommended.

That was the best excerpt from a book that I have ever read in my life. Well, at least from fiction.

Where can I get that book immediately as fast as possible?

And less costly? I can't pay almost $16, plus an additional $4 for shipping, at amazon.com.

Can we ever get this in the library?

That was the best excerpt from a book that I have ever read in my life. Well, at least from fiction.

Where can I get that book immediately as fast as possible?

And less costly? I can't pay almost $16, plus an additional $4 for shipping, at amazon.com.

glad you liked it!

Don't know if you saw but you can get it pretty cheap from Amazon UK, but then I guess postage will be more expensive. You could probably just request it from a local library. This would also mean other people would be able to read it after you. Don't think there's any chance of getting this in the library for the foreseeable future

Thanks for the suggestion. I never tried requesting a book from the local library; I didn't know they would go out and order a book if you request it. I might try my school library. In the end though, I might just go with amazon, just in case.

Thanks for the suggestion. I never tried requesting a book from the local library; I didn't know they would go out and order a book if you request it. I might try my school library. In the end though, I might just go with amazon, just in case.

Get some of your friends to request it too, they should be more likely to get it if multiple people ask for it.

Libraries often have inter-library loan schemes, so for rare stuff one of them will buy it and share it around as needed. Takes a bit longer but worth asking.

What I’m sayin is that there’s no need tae go backwards if ye’ve already mastered a more sophisticated version. I can ride a mountain bike but I’d be shite on a penny farthing. I’ve read Marx, right, and I’m no more likely to read Hegel than I am to eat my dinner wi a pair of fuckin knittin needles. 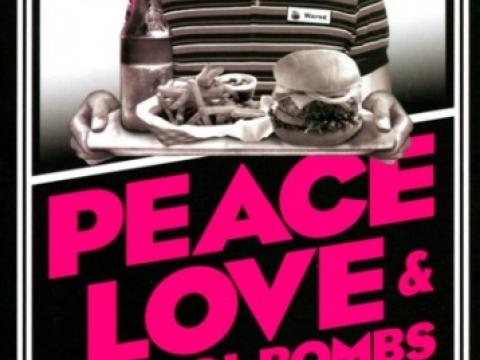 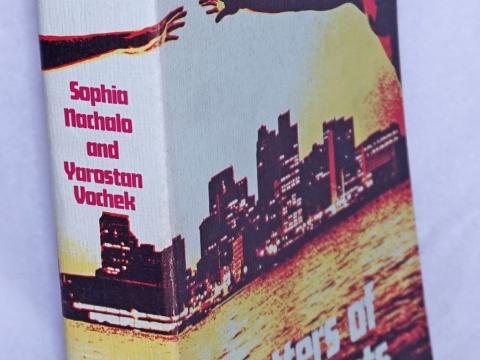 Freddy Perlman's Letters Of Insurgents is a thoroughly brilliant story about anarchist ideas. It takes the form of fictional letters between two… 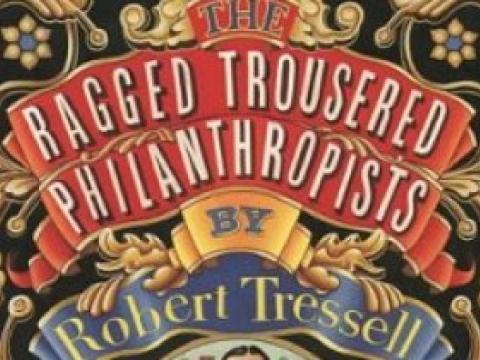 In this essay from 2011, novelist DD Johnston presents a communist analysis of the definition and purpose of working class fiction.