Maria Rius was born into a working class family in Arbeca, near Lerida, Spain in 1909. Her family could not afford to continue to send her to school and she became an apprentice shirt maker at the age of nine. Moving with her family to Barcelona, she started work in the clothing industry there. She joined the CNT clothing industry union and became deeply involved in the anarchist movement. As well as activities within the CNT clothing sector, she was involved on many other levels with the movement, especially with prisoner solidarity work. She became “one of those most known and appreciated within the CNT and the anarchist groups”(Lola Iturbe).

She became a member of the underground anarchist group Los Solidarios. She was heavily involved in organising the escape of anarchist prisoners, including the militants Esteban, Masip, Gimenez, Compte and Alcodori. When the anarchist Devesa was accused of involvement in a bank robbery at Sabadell in 1924, which if he was convicted would have carried a death sentence, she testified that she was in bed with him at the time. This led to Devesa's acquittal but also the break-up of her current relationship.

In the same year her house was raided and arms and explosives discovered. She was exposed as an organiser of a planned escape of prisoners. She was sentenced to to 8 years imprisonment. She escaped to France, With the fall of the Primo de Rivera dictatorship in 1930 she returned to Spain. She became a leading light in the Women's Pro-Amnesty Committee of Barcelona, carrying out an intense campaign of support for prisoners and soliciting the release of the prisoners of Figueras and Barcelona. She was involved in the assault on the women's prison on Calle Amalia on 14th April 1931. Together with the liberated women prisoners she was one of those who marched to the government square in Barcelona.

She took part in the street fighting in Barcelona on July 19th 1936. Subsequently she was one of the
women militia fighters who joined the Hilario Zamora Column, fighting alongside Concha Perez, Rosario Sanchez, Casilda Mendez and Pepita Nunez. Together they took part in the assault on Quinto and on Monte Carmola.

With the defeat of the Republic she fled to France. She immersed herself in family life and withdrew from the anarchist movement, dying in obscurity somewhere around 1970. 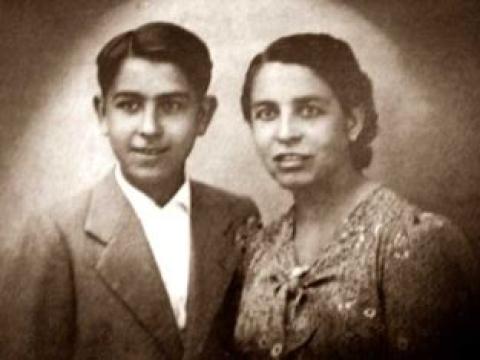 A short biography of Pepita Not, active in the Spanish anarchist group Los Solidarios.