A short biography of Pepita Not, active in the Spanish anarchist group Los Solidarios.

Josepa Not, who was usually known by the diminutive of her first name, Pepita, was born into a peasant family at Torregrossa, near Lerida, in Catalonia Spain. Pepita had two brothers and three sisters.Whilst she was a child the family emigrated to Barcelona. Her mother died soon after. Her father then forced her to go to work at the age of eleven. She started work as a maid and cook in the house of a French widow, her daughter and her brother, on the Calle Balmes. She was treated badly by the family.

At the age of eighteen she met the anarchist militant Ricardo Sanz and became involved in the libertarian movement. She later became the partner of Sanz. In 1922-3 she joined the group of anarchist armed resistance, Los Solidarios, which was formed to counter the murderous activities of the gunmen hired by industrialists to assassinate activists in the workers’ movement. Other members of this group were Ascaso, Durruti, Garcia Oliver, Miguel Garcia Vivancos etc. The group included a number of women, among them Maria Rius and Ramona Berni and Pepita became a close associate of the latter. She participated in all the secret meetings of the group. She took part in the transport of correspondence, arms and money and acted as a liaison agent for the group in Asturias, Aragon, Catalonia and the Basque country.

In the first years of the Republic she was very active in the support committees for prisoners alongside other anarchist women militants like Rosario Dulcet and Libertad Rodenas.

She and Sanz had a son, Floreal. However, after the birth of her daughter, Violeta, on 1st January 1938 she died prematurely as a result of complications on the 4th of June of that year. Garcia Oliver wrote a tribute to her in the pages of the CNT paper Solidaridad Obrera. 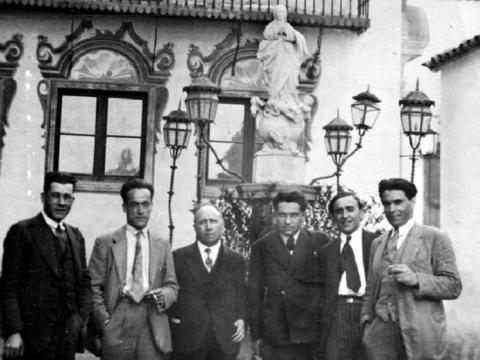