Around 30 people were present at today's protest, made up of the sacked workers, supporters from Organise! and representatives from the union representing the workers, the Northern Ireland Public Service Alliance (Nipsa). The protests are now a daily occurrence on May Street in Belfast, where the offices of the employer National Car Parks (NCP) are located.

The wardens, who represented one-third of Belfast's traffic wardens, had taken the wildcat strike action at the start of April over pay and conditions, including issues relating to rotas, uniforms, facilities for workers and sick-pay. Having initially been suspended by bosses, the workers were sacked two weeks later.

In reference to the wildcat action, NCP said that they "have a very good relationship with Trades Unions in Northern Ireland and will continue to work with unions representing their members - but we cannot support illegal action of this kind". It is suspected that NCP had already begun recruitment for replacements before the 26 had been formally sacked.

It is understood that the sacked workers are receiving full strike pay from their union, Nipsa. The workers we spoke to intend to continue their protests against their sacking and to have their various grievances addressed.

audio interview by a belfast wsm member with one of the workers on the picket line yesterday
http://www.wsm.ie/news_viewer/5598

good interview
but this smells like another account from Bobby, given he's the one doing the interview.
if it turns out this is a 4th account from him I don't see how admins have any choice but to ban all the accounts

Protests are still going strong outside the new NCP offices in Calender Street. There was about 30 people today and existing staff also came out and gave words of support to those on the protests.
There's people outside with placards every morning from 8.30 for a few hours and people are encouraged to get down and show their support when they can. 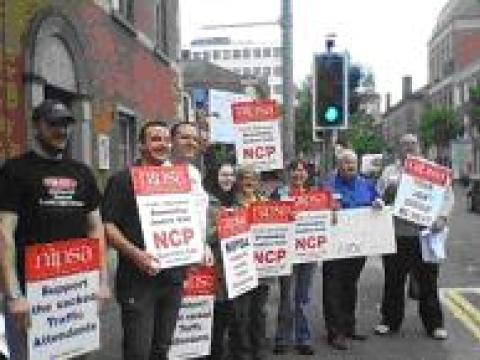 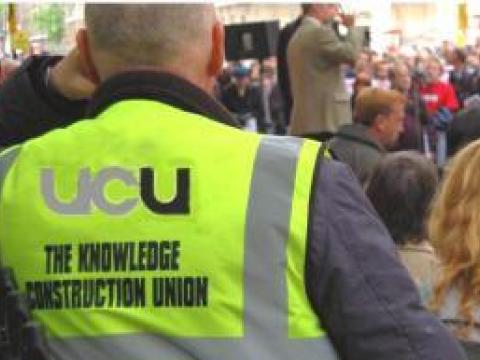 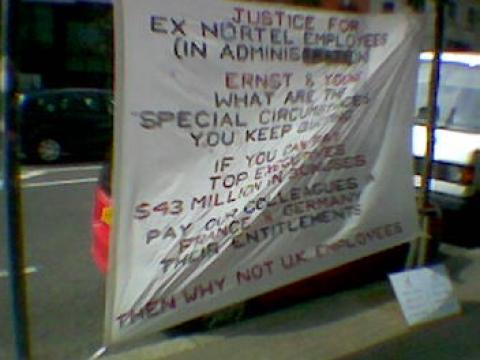