In this short text Kim Müller writes about why Kämpa Tillsammans see the workplace struggles as central and their strategic view on faceless resistance and self-activity.

Seven long years
About seven years ago a few work comrades and I wrote about the experiences of our struggles at the bakery we used worked at. Personally this constituted a start for a more forward looking and long term work in class- and political organization. Even though some of us (especially the members of Kämpa tillsammans!) already had grappled with these issues a lot, the publication of the first texts was a step into the leftist arena. The publication came quite soon after the riots during the EU-summit in Gothenburg and were received with both enthusiasm and doubts. Some saw it as a much needed "turn" towards our everyday life and others were puzzled by our refusal to have a political position on the trade unions. They did not comprehend having a trade union position that was based on the interest of the class rather than a political motivation to strengthen one of the various factions. On the other hand out texts were received quite well by some union activists both from LO and SAC - simply put those who sees the working class' independent workplace struggles as central and/or had experiences from active workers' collectives.

The Other Workers' Movement
When we wrote those first few texts about the job we had we were not familiar with the concept of "militant investigation/research" and how they were applied. But we had already started getting interested in those political currents that put the primacy on the working class' struggles and we were soon reading about what comrades in Italy, France, USA and Sweden had done and written about before us. We recognized ourselves in the struggles of previous generations that we read about, and we identified with those previous workers who had similar insecure work conditions and had engaged in uncompromising class struggle. In this way we saw our history and our historical predecessors both in texts and struggles. When we in our workplaces turned to the union for help but instead got cold feet, and instead started directly, and outside of the unions, to struggle together with our work comrades it was easy to identify with the theories that argued that there was an "other" workers' movement next to the official one. We were the temporary employed who created influence through sabotage, wage increase through theft and reduction in working time through 'go-slow' actions.

These struggles, or practices, that struck management directly and made out lives immediately easier we came to call "faceless resistance" for lack of a better name. This was during a time when the left, our political environment, to a large degree saw that it was "calm" or "peace" at the workplaces, in stark contrast to our understanding of our situations at the workplaces. I still argue that an everyday class war is occurring and no peace is possible as long as capitalism exists.

The party, the trade union, the leftist group etc. are means - ways in which to organize the movement/struggle. They lead to a victory or a loss (...) faceless resistance is the movement, the struggle, the victory...
- Marcel

The concept of faceless resistance is one way to describe those methods of struggle that workers already use daily. We often emphasized the tactical in these methods. Especially in the form of "the politics of baby steps" where you struggle together and can take on larger struggles afterwards as workers start to learn to know each other. In the first workplace reports we described how workers' collectives were developed/built through the struggle and how its members supported each other. In later texts, e.g. "Proletarian management" (Management för proletärer), we wrote more detailed about how workers' collectives are formed. One of the things we stressed was that regardless of the view on the role of the trade unions, every successful struggle at workplaces came from the solidarity between workmates; a strong workers' collective.

The fact is that all forms of class power comes from self-activity. Representatives of various sorts can never do anything without the "the black man standing behind me with a Molotov cocktail."Note Raven is referring to the (maybe false but thats not the point) quote by Martin Luther King Jr - “I am only effective as long as there is a shadow on white America of the black man standing behind me with a Molotov cocktail.” -Kimmuller 9/4/08 6:26 AM . Every organizer of various sorts will USE this self-activity for their own union/party/organization. Our position is that it is the self-activity that should be organized, developed and circulated.

Self-activity as strategy
For many of those who were struggling at workplaces it was enough, people understood what we meant. But at the same time we felt it wasn't simply enough to just describe why we saw self-activity of workers as central to the long-term development of the class struggle. I am convinced that the class struggle is the dominant struggle in society and their clearest expressions are to be found at the workplaces. This conviction is not just based on the fact that it is there that the daily struggle and exploitation happens, but also because it is there that we most easily can find the community that enables us to struggle together. If we are to get any serious and permanent change of society it has to be based on the struggle against wage-labour that occurs at the workplaces. From the concrete experiences of collective struggles together with workmates and neighbours we have come to the conclusion that the only realistic possibility to create changes in society happens through self-organized workers' struggle. So what we are doing, the struggles and dissemination of experiences, is something that goes beyond the "microlevel" of the individual workplace. It is a part of the strengthening and construction of "the other workers' movement" - the only movement that can seriously change our current society. The working class' self-activity is not just a tactic to benefit our direct needs but also a strategy, an overall and long-term plan to increase our power as a class and abolish all classes. 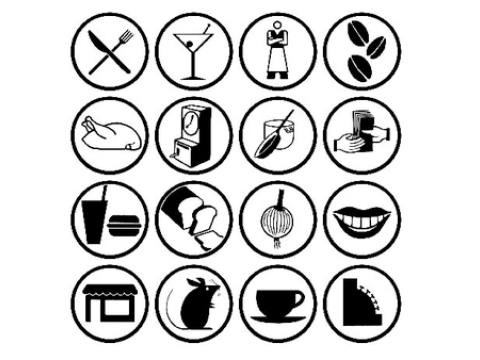 A short 'militant investigation' about struggles at a Swedish employment programme, run by 'Lernia',…
Image 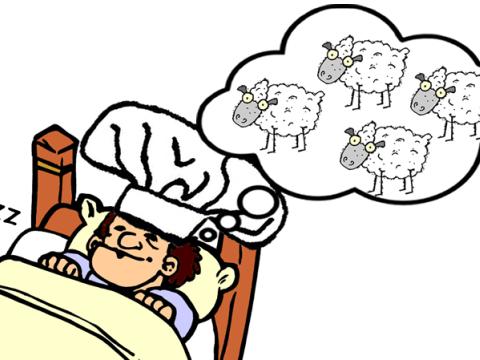 Do chefs dream of cloned sheep? 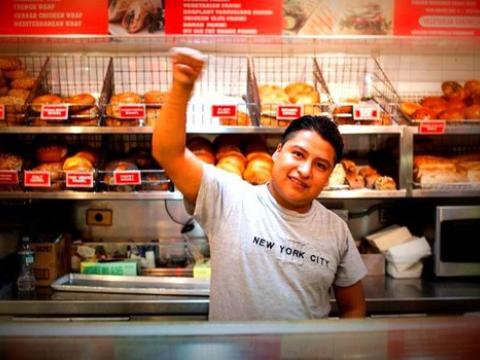 Tales of work and struggle in a large Swedish bakery under threat from closure.
Image 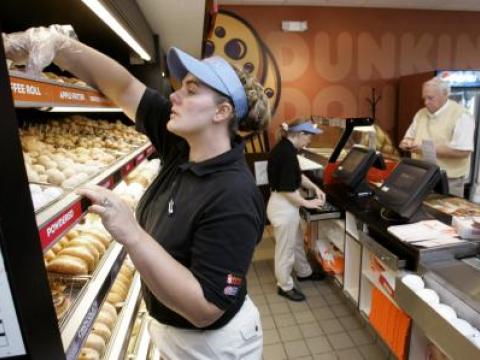