Solidarity with Anarchist Prisoners in Tangerang and Bekasi in Indonesia

The anti-anarchist repression in Indonesia is still ongoing whilst the country (and the world) is in the middle of a pandemic. Last month the anarchist milieu in the Philippines published a statement in support of imprisoned anarchist comrades in Indonesia. (See: In Solidarity With Comrades Imprisoned in Malang and Tangerang, Indonesia.)

It is clear the state in Indonesia—just like the state in the Philippines—is deeply insecure about criticisms to their rule and their mishandling of the pandemic. We condemn the police brutality committed and we demand that charges be dropped and the comrades set free. We ask that comrades around the world help support the imprisoned comrades in Tangerang and Bekasi.

What follows is the report forwarded to us by Anti Feminist Feminist Club.

On April 9th, 2020, three of our comrades were arrested and convicted of a heavy crime for spraying several graffiti that say “sudah krisis, saatnya membakar” (there's a crisis already, time to burn) and “melawan atau mati konyol” (fight or perish). What is actually a voice of rightful citizens is considered a crime of provocation. Their art is a valid criticisms toward the government's lack of integrity in mitigating the impacts of COVID-19 pandemic and just a petty crime at most.

Not long after, two other anarchists were also arrested by the police in Tangerang and Bekasi, without any solid ground. During the investigation, they were beaten and their faces were wrapped with plastic, which made them unconscious; a series of unauthorized measures to the point of torture. This violence was followed by isolation that made them unaccessible to their friends and families, even to legal attorneys that they're supposed to get as stated by the law.

Three of them are currently undergoing a court trial. They are charged of violating the Law of the Republic of Indonesia, No. 01, 1946, article 14 and/or article 15, and against the Criminal Code article 160, where the conviction can be up to 10 years of prison time. Meanwhile, the other two, who are still underage, are already convicted with 4 months of prison time.

We are calling out for solidarity and open donation to support our comrades during their time behind bars. This solidarity is open for local donation or anyone overseas that shares the concern.

In responding to reports that this fundraiser is a scam, the AFFC has confirmed to us that the fundraiser is not a scam and that it is organized by people close to the members of the AFFC. The fundraiser is not affiliated with the PPAS but is rather a coordination with those directly involved in the legal aid for the anarchist prisoners.

The paypal account is owned by con artists and Bandilang Itim should know this as they should know the 'Infoshop' in Cebu is phony. The one that recently took a UK org for GBP 2,400

Unfortunately, there are unscrupulous types who are prepared to take advantage of gullible anarchists from the West.

These unfortunate kids from Tangerang are 'anarko punks' that are not organised into any anarchist group and their confession to the media that they are part of an anarcho-syndicalist group (kelompok anarko-sindikalis) was made under duress. The kid was bashed by the Tangerang cops and made to confess for the benefit of the media.

In this video you can hear the cops prompting him

There is a concerted effort by the media in Indonesia to equate anarcho-syndicalism with vandalism and terrorism. It is denounced as a foreign ideology contrary to the principles of 'pancasila'

The Addendum that has been subsequently added to this post appears to be a partial cut and paste from a communication by 'Jesse' from Yogyakarta;

We are a temporary group consists of individuals from different cities in Indonesia, formed in order to give and manage supports for our arrested friends as mentioned. This fundraiser has been made with permission by the comrades arrested and we are cooperating directly with legal aid handling this case, Lembaga Bantuan Hukum (LBH) Jakarta, an organization that provide legal aid for the poor, law illiterate, and suppresed.

We made statements and update of Indonesian anarchist prisoners recently, the one you see in Libcom page below, to be spread among comrades. However, we are trying to move this fundraiser to an anarchist platform like FireFund to give more credibility, instead of just putting paypal in a statement, as there were some fundraising fraud happened in South East Asia (including Indonesia and Phillipine) before and creating distrust, but It is still in progress as we lack in labor resources.

Feel free to contact us regarding to this fundraiser via e-mail: [email protected]

Indeed, the account listed above has been involved in such "fundraising fraud".

That there are 'insurrectionists' in the West that encourage underage children to commit acts of 'direct action' in other countries accompanied by assurances of 'support and solidarity' is as disgusting as it is exploitative.

That there would be shysters and grifters accumulating around the periphery of the 'anarcho-punk' scene who would take advantage of the misfortune of others would probably come as no surprise to anyone in the West.

I would make what I would regard as a reasonable request to Bandilang Itim; do due diligence.

This fundraiser is not in any way connected to the PPAS.

The PPAS has been providing assistance to these children in difficult circumstances due to COVID-19 restrictions and continues to do so notwithstanding the saturation media coverage blaming 'kelompok anarko sindikalis' for the 'vandalism' and 'terror'.

For reliable information that may be provided to credible bona fide organisations, I would recommend getting in with contact the Asia-Pacific Sub-Secretariat of the IWA.

Otherwise donate at your own risk.

A comrade from the AFFC asked to post this here to respond to the accusations of Lugius.

it's me “Jesse from Yogyakarta” involved in this "fraud" as mentioned by arrogant Mr. Luigi of IWA, because everything has to be in your way or through your organization so that it would not be a “fraud.”

When I read that you stated that this fundraiser is a fraud, I asked Sisi from PPAS Jakarta to give you the longer statements from the addendum, in hope that Sisi also tells you that I am a real person, who is a friend of some individuals in PPAS Jakarta. Most of them know my home address and my contact and they of course know how to hunt me if I ever do wrong.

Right after you stated that our fundraising is a fraud, Sisi has been in contact with Tim Advokasi Untuk Demokrasi (LBH Jakarta) and some individuals involved in this fundraiser to clear things up and reconfirm things, but things have to go slowly as it involves many people from loose network.

FOR YOUR INFORMATION: people involved in this fundraiser are mostly working full-time but they have been donating a bit of their time to take care of the prisoners. Why? Because we know them personally. They are our friends, and even for some of us, a very close friend.

We, in any way NEVER encourage them to do “direct action” (in a term you use to manipulate underage kids). Most of us involved are not even insurrectionist tendency. We are not even coming from punk culture.

Look, it is as simple as this. Some friends made autonomous decisions to vandalize some walls. The pigs arrested them. We want to get them out or at least support them when they are behind the bars, and as far as I know, anarchism encourages decentralization. So, I was surprised to know that everything has to be through IWA Section to be a “not fraud.”

If you blame and distrust me and everyone involved for a sin of Palang Hitam years before (in which we were not involved), can I do the same to you? Can I blame you for the sin of your white ancestors expropriating things from the colonized land for centuries so that now some of us has to steal to live because working is hard and some don't even make ends meet?

Instead of directly making public accusation, you can always reach me through e-mail [email protected] or via IWA Section (PPAS Jakarta) if you feel like sectarian.

Warm regard,
“Jesse from Yogyakarta”

There's a crisis already, time to burn. Fight or perish. 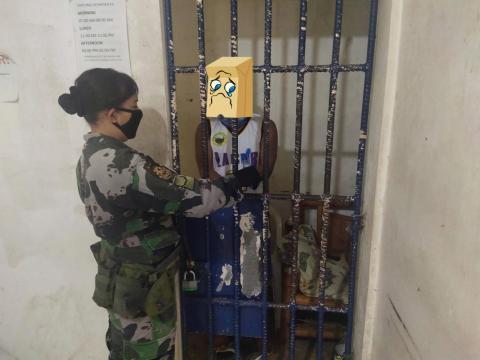 Detainment is Death in the Pandemic!

Inmates and persons deprived of liberty are at high risk of dying due to COVID-19. The state's campaign of mass arrests and detainment of so… 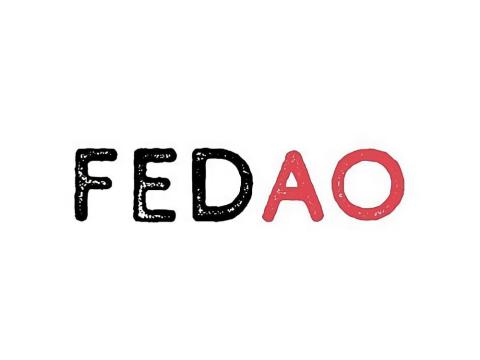 The saga of the Tangerang vandalism case has concluded. Federasi Anti Otoritarian released a final… 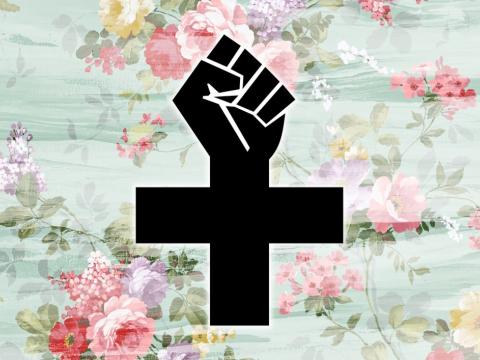 Black Cross: A Proposal for an Abolitionist Prisoner Support Group

A proposal for a Black Cross, an abolitionist prisoner support group that seeks to abolish prisons… 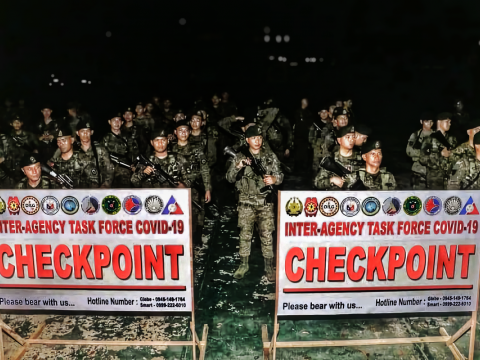