An article from The Baltimore Indypendent Reader in 2007, which while it has a lot of local focus, has wider points on the fragmentation and breakdown in inner-city communities stemming from the drug trade.

A few years ago, the police stumbled across a homemade DVD, apparently made by drug dealers, which had circulated widely on the West Side. It made threats against “snitches,” that is, people suspected of cooperating with the police. Even though the police soon tracked down and busted the makers on other charges, and then put out their own counter DVD encouraging people to “keep talking,” the DVD set off a continuing debate about the causes and consequences of the “stop snitching” attitude deeply embedded in Baltimore now.

This has mushroomed into a huge problem for the state, a problem that not only refuses to go away, but worsens. When shootings occur, for instance, “no one” sees what happens—even if the shooting takes place in full view of dozens of spectators on crowded streets. Fearful witnesses don’t testify, and so cases collapse, frustrating the prosecution. Along with this widespread non-cooperation have been steady—but, fortunately, still infrequent—fire-bombings of the houses of people who are trying to do something about the drug traffic in their community.

The most tragic case was the arson death of six members of the Dawson family on lower Greenmount Ave in 2002. Since then, there have been copycat fire-bombings in Harwood, Waverly, and elsewhere, which don’t seem so much designed to hurt as to send a message. Some see in this “stop snitching” attitude as nothing but a healthy distrust of the police. Haven’t working-class communities historically everywhere been usually wary of the police—and for good reason? The police are perceived in a gut-sense as defending laws stacked against the poor and struggling, and few people feel any compelling interest to cooperate.

In many cases in the past, there was strong grassroots sympathy for the so called criminal. In an Irish Republican “no go” area not too long ago, for example, when certain well known slumlords used to go door to door collecting rent, they were sometimes greeted at the end of the block by an Irish Republican with a gun, who would relieve the landlord of the rent and then go door to door giving the money back. The landlords got the message, and the police inquired, but again, no one knew anything.

But this attitude towards the police in strongly politicized working-class communities, whether nationalist or leftist, has always had another side that hasn’t been appreciated. If, for example, someone stole from the community, it was dealt with, sometimes harshly. Spanish peasants, who rarely cooperated with the state, readily turned over thieves who stole from within. If you were such a thief, it was understood by all concerned that the collective shield of protection would lift. In such situations, lines were sharply drawn against anti-social crime, and these lines were part of a tough-minded underlying solidarity.

This isn’t to romanticize some mythical past and certainly doesn’t mean that poor areas were free of crime. Far from it. But it does mean that there were stronger informal sanctions against the type of relentless crime so corrosive now in poor and working-class areas. Closer to home, one example of what these sanctions could mean comes out in Detroit in the early 1980s, when crack first hit the streets. Several crack houses, sources of violence in the neighborhood, were firebombed, as anonymous residents took matters in their own hands and didn’t wait for the authorities to react. The authorities, unsurprisingly, did react—by denouncing the “vigilantes” and spending more time unsuccessfully hunting down the perpetrators than they did in shutting down crack houses. I’d argue there is a crucial difference between today’s “stop snitching” ethos and past distrust of the police.

The situation in Baltimore today looks less like communities united to protect their own against the police than it looks like mafia strongholds in southern Italy, where people feel so powerless, silenced and caught between forces they can’t affect, that they just give up. This was perceptively captured in a recent Baltimore Sun article, “Violence and lack of a clear solution saps hope from the city’ (September 2, 2007) where the same words crop up in interviews: “hopelessness,” “apathy,” and “cynicism.” In such areas, people don’t want “racist killer cops out of the ghetto,” as some thoughtless leftists sloganeer; they want more police. What they want is for the police to act fairly and not to engage in racial profiling. In fact, in New York in the 1970s, along with arson, one of the most effective ways used to soften up areas for gentrification was to withdraw police services.

The double consciousness about the police, to extend W.E.B. Du Bois’s phrase, comes out in many ways: some people get angry and call for more police when someone rips off their house; yet others freely buy hot goods off the streets, probably stolen from someone in the same neighborhood. I have seen firsthand many times people, who would never call the police if they knew who shot or robbed, ask the police dozens of times to get involved in some petty domestic squabble. Still others complain about dealers loitering on the corner, and yet silently take a handful of bills from their teenage dealer children. Drugs and crime ultimately reinforce the sense of powerlessness, victim-hood, and lack of social agency already abundant today. Public space shrinks, people withdraw, and distrust flourishes. Despite its superficial opposition to the “Man,” “stop snitching” is not so much defiance as a reflection of division, paralysis, and fear. 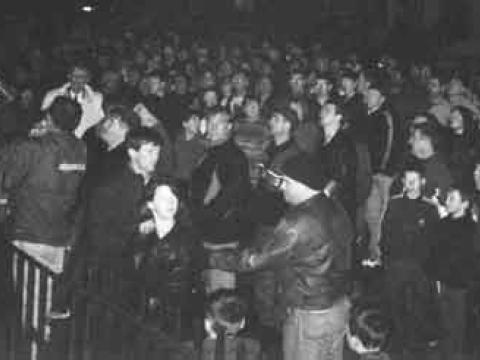 The term 'community policing' has been much abused in recent times, most particularly in the North of Ireland where it has become shorthand for… 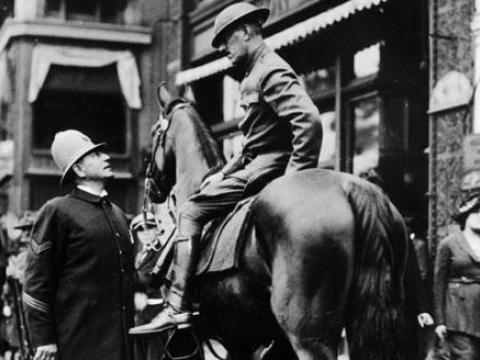 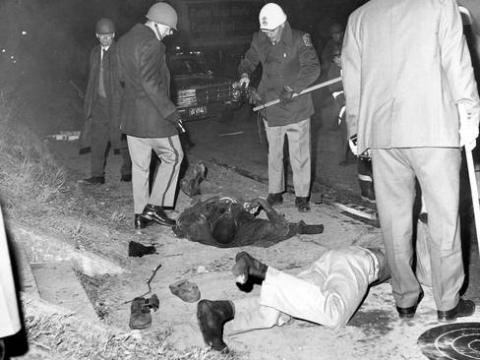