A strike against Yue Yuan International, world's large manufacturer of sport shoes, began on April 14, 2014. It now includes 60,000 workers at all seven factories in the Dongguan complex.

The strike at Hong Kong-headquartered Yue Yuan Industrial Holdings Limited (its parent company is the Taiwanese-owned Pou Chen Group; until 2009 Yue Yuan was one of the bluechip stocks in the Hang Seng Index of the Hong Kong Stock Exchange), the largest athletic shoes manufacturer in the world, has spread over 10 days and now includes over 60,000 workers.

After recent strikes at IBM and Walmart, also located in the Pearl River Delta, the walkout threatens to spread throughout the region -- as did the Honda strike on Foshan in 2010; the Yue Yuan stoppage has become the largest industrial action in China since then.

Faced with the company's stubbornness and piecemeal offers, more and more workers have joined and it has now ballooned to include a solidarity strike from workers in another province also working for Yue Yuan.

Just out of curiosity, does anyone know if there's been any response from shoe brands being affected by the strike?

The shoe brands affected are Timberland, Converse, Adidas, Reebok, Nike and dozens of others. The Taiwanese based Yue Yuean Holding Company employs about four hundred thousand people. I don't know anything about the shoe brands response but the strike started last Monday week when a couple of hundred workers walked out of one of the Yue Yuen factories in Dongguan when a just retirred woman realised that her pension payments weren't what they should be. Over the next few days the strike involved tens of thousands of workers and spread to the neitghbouring province of Jiangxi. The company offered a deal to prop up social wage payments a few days ago but this appears to be have overwhelmingly rejected by the majority of workers.

This issue of social payments: sick pay, injury compensation, unemployment and redundancy pay will become more and more important for the proletariat in China as more and more factories are in the future closed and relocated as Chinese labour becomes less cheap. The problems for Chinese capital is that its trade union structure is obviously integrated into the state - this fact is less obvious but just as real in the west. On making the offer to the workers the Yue Yuen spokesman said "we are not quite sure who to deal with". The lack of seemingly independent trade unions in China means that the farce of "negotiations", compromise and "victories" can't be played out in the same way as the west. Just like their class brothers in the west, the Chinese bourgeoisie do very well out of the union check-off system as all those "dues" are deducted from wages at source. But unlike the west the bosses don't get social pacification and factory discipline from the unions and they are more and more recently moved to use the riot police and their dogs as well as turning to legalistic frameworkes.

The recent IBM and Walmart strikes have the same fundamental issues facing the workers and also the same weakness of effective union control.

Just out of curiosity, does anyone know if there's been any response from shoe brands being affected by the strike?

Adidas has shifted orders to other OEM suppliers away from Dongguan, to minimize damages caused by the strike. Adidas claims it's “not pulling out” of the Dongguan factory (yet it also points out it sources from over 1,000 factories worldwide). Puma denied having shoes made at the Yue Yuan complex.

Class struggle in the Pearl River Delta, and Dongguan more specifically, comes amidst a labor shortage and rising wages as factories have great difficulty hiring workers. Demographic and social changes have made young Chinese less willing to work in factories like Yue Yuan, while social media and smart phones have made it easier for them to compare conditions and move to better jobs when they are unhappy with the factory where they work.

There was a strike at a Toyota supplier in nearby Guangzhou, but a company spokesperson claimed it was resolved today (Thursday, April 24, 2014). Perhaps China's aging population is exposing the corruption around pensions and we're seeing the beginnings of a strike wave. From China Labor Bulletin:

There has been a noticeable surge in the number of strikes and worker protests in China since the Lunar New Year Holiday in early February. China Labour Bulletin recorded 119 incidents on our strike map in March alone. Overall, there were 202 incidents in the first quarter of 2014, up 31 percent compared with same period last year. This increase might partly be explained by greater social media coverage but there does seem to be a pronounced increase in activism on the ground.

"What can you do if a man with shield, baton and helmet is standing next to you?"

http://www.clb.org.hk/en/content/pressure-local-authorities-forces-many-yue-yuen-strikers-back-work
Pressure from the local authorities forces many Yue Yuen strikers back to work

Many strikers at the Yue Yuen shoe factory complex in Dongguan to have returned to work after the company made several concessions and the local authorities increased pressure on the workers to accept the deal on the table.
However, several thousand workers are continuing with the strike, the largest in China in recent years, over social insurance payments, which began on 14 April 2014.

Riot police, auxiliary police and militia have been bussed into the Dongguan township of Gaobu where the factories are located. Some are scattered around the factories as scouts but most are stationed at every factory entrance in order to prevent workers from gathering and protesting.

A mid-level manager named Xue said police officers were also stationed inside the factories and were arresting those who dared to continue with the strike. "We have no choice but to go back to work," said Xue. "What can you do if a man with shield, baton and helmet is standing next to you?"
The workers at one of the factories which make Nike and Jordan sneakers however are still defiant. "I have worked here for 15 years, and I am not going without a proper response," said a 46-year-old female worker from Changde in Hunan. "Many of my co-workers are women: They thought we would be easy to pick on, we are here to prove them wrong."

"The highest ranking Taiwanese manager called us ‘spineless mainlanders’ and where is he now?" she added.

Another 21-year-old female worker added: "Since the strike started, I only saw him once wearing a baseball cap and sunglasses to avoid being recognized by angry striking workers.”
Late in the day, these women heard that the police and company management were dismantling the attendance-recording machine inside the workshops. “They are doing this to force us to be absent from work on Monday, so they can fire us without paying any compensation,” one said.
Many workers distrusted the assurances from the government and company that their social insurance benefits would be paid in arrears. “I don't think they are telling the truth. Everyone should be able to check his or her own account to see how much the company has paid and how much each individual has paid in. Why can't we do that?" asked Xue.
Despite reports that trade union had sought to intervene on the workers’ behalf. The employees who talked to CLB were not impressed. "I personally have not seen any union staff, although I heard that they have issued a comment, which no one gives damn about." said Xue. "They are now giving us instructions, but where the hell were they when the company violated our rights?! I have worked at Yue Yuen for almost two decades, and I don't even know who our union president is."

As the strikers were being pressured to return to work, local labour activist Zhang Zhiru, who had been detained for two days by state security agents, was released late Thursday night and has now returned home to his family. Zhang’s colleague, Lin Dong, however, remains in detention.

Interesting post. I think that overt repression is more and more the response of the Chinese bourgeoisie faced with a weak and untrusted union apparatus. Many company managers are trade union officials and there are some 900,000 thousand of them in the ACFTU, the vast majority of them also Party members.

The actions of the "activist" supposedly supporting the workers mentioned above, Zhang Zhiru, shows a development in the bourgeoisie's respone in that, more and more, the lawyers, state lawyers obviously, are being brought in to "fight" for the workers. The ACFTU, with its payroll deductions from some 60,000 Yue Yuen workers straight into its coffers would clearly have a stake in some "legal" settlement. The payroll deductions and the "legal" road to class struggle is something the Chinese ruling class is learning from the west.

The solidarity and combativity of the proletariat here has been something and poses questions about the need for greater self-organisation in order to confront the forces of repression.

There are a few reports of many workers going back and WSWS reports today that Reuters says ten thousand are still on strike. But it does appear that repression has won the day in the short term and the official Chinese newswire, Xinhua, reports that dozens of workers have been taken away. NGO's, with their appeals to "legality" have attempted to fill the breach in Dongguan given the weakness of the Chinese trade unions. One such here is the Labour Justice Service Department which, like all NGO's, is either a governmental or state agency.

A few more words on the strike: http://en.internationalism.org/icconline/201404/9720/class-struggle-china

Workers are continuing the strike because we don't believe the company has met our demands. 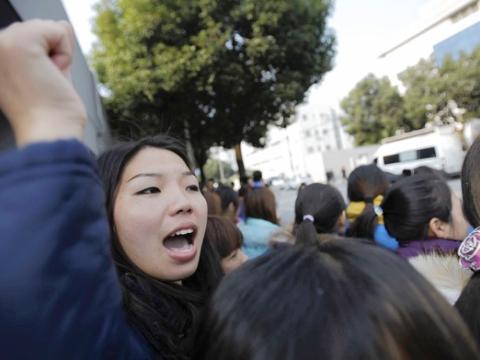 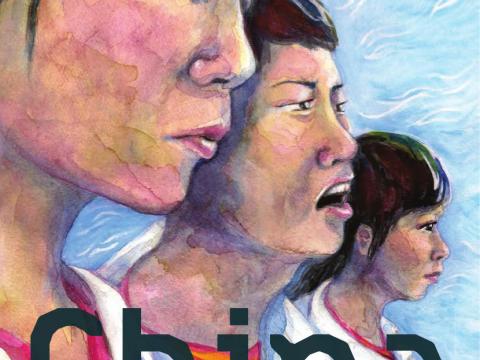 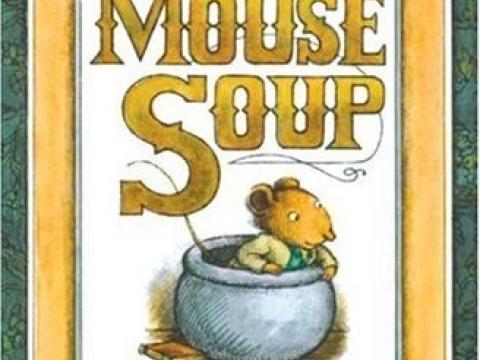