The strike, inspired by opposition Fatah party-affiliated union leaders, was predictably strongest in the West Bank where Fatah have their main base, but was also surprisingly solid in Hamas’ Gaza heartland. Approximately half of Palestinian state employees have walked out, with support being strongest amongst teachers, while many police have stayed on duty, purportedly to prevent clashes between Fatah and Hamas supporters. The government has declared the strike illegal and called for workers to return to work.

A union spokesman has played down the anti-government nature of the strike, styling it as lobbying, saying “our strike is not directed against the government but it is a message to the government that they must act to end the crisis of salaries.” Most schools in the West Bank are closed as the new term begins, and Fatah claims that 70% of Gaza schools are closed too. Hamas has deployed armed men at schools to try, unsuccessfully, to ‘persuade’ teachers to return to work, while in the West Bank Hamas supporters tried to smash open padlocked school gates while armed Fatah supporters stood outside others to “enforce” the strike.

While the strike is widely seen as a Fatah tactic to gain bargaining power in their attempts to form a ‘unity government’ with Hamas, a Hamas spokesman has said the strike is undermining 'national unity' and any such plans. The Fatah-affiliated union leader said the strike has “succeeded 95% so far”. One teacher opposed the strike as a party-political spat that was only harming ordinary people, "they're driving us crazy, both Fatah and Hamas. They haven't done anything to get the Palestinian people ahead." However in Gaza many teachers who do not support Fatah have nonetheless honoured the strike out of solidarity with their colleagues.

Meanwhile in Israel two Bedouin schools have been hit by strikes after government ministers ignored the findings of an inspection, which reported overcrowding and safety hazards. Also in the Israeli district of Talibeh, municipal workers including teaching assistants are striking over the 7-month non-payment of salaries, while school strikes are affecting 42 Israeli schools over the lack of defences against Qassam rocket fire. 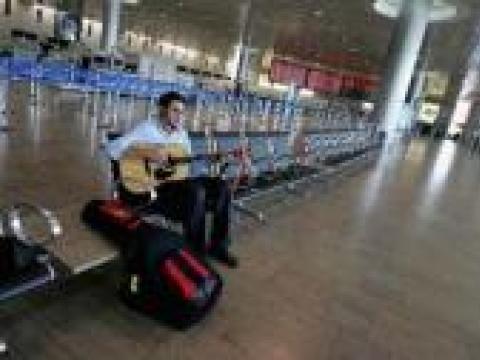 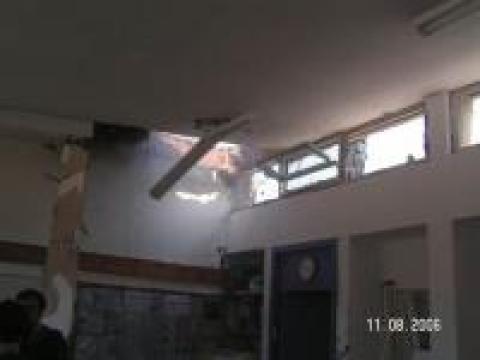