An account of an incident of sexual harassment in the workplace, the inadequate response from management and possible retaliation after reporting.

At the beginning of the summer some trouble came to my little restaurant. Our store has a history of going through assistant managers like water, they’re in and they’re out. I was never quite sure why this was the case, but it kept us workers on edge. We were never sure what to expect next: a lazy one, a scumbag, a nice guy, whatever. We had one for a few months who wasn’t so bad (to me, anyways) and then – bam! – we were given Ron. Ron was an odd one, we sort of noticed it from the get-go. He had an off sense of humor… Kind of sarcastic, but always going too far. He was pretty restless, he always had to be doing something or moving to somewhere regardless of if it was productive. We didn’t mind so much, because he would help clear tables and bring out food and clean a lot. The other managers didn’t do too much of that, but it also got to the point where it was in the way. For instance, if its slow, the waitstaff doesn’t want someone to bring their food out because it makes them look lazy and they might get a lousy tip. Ron was so restless he had to do this whether or not the servers wanted him to do it. There was a few times when he was told to stop and he didn’t.

His off sense of humor wasn’t the only thing we began to notice. Not too long after his arrival, I noticed he loved talking and he only really talked to the female waitstaff. What I found a bit weird was that he always insisted on standing really close to them and, of course, he loved making sexual jokes. Some of the stuff I brushed off… some of us workers made jokes like that all the time, sometimes even the women! Sometimes it was harmless, but I began to really differentiate between people in the same cliques, who are close to each other and have worked with each other for years, and some new guy saying really crude things. There was a difference in tone and besides, the way us workers just trusted each other more than we trusted managers, especially the new guy! I guess what sparked off some real discomfort was when he would make insinuations about one of my coworkers, who is my ex-girlfriend, being a “whore”. Not saying, just making crude and off color jokes that clearly made her uncomfortable. It made me really upset because she is one of my good friends.

The next day I come in and tell my other assistant manager, because the general manager wasn’t on til another day or so. He’s pretty appalled by it, I guess he didn’t really like the guy anyway, so that worked out in my favor. A few days later, the next time I worked with the general manager, he had me come into the office and tell him what had happened. He told me that I needed to fill out a sexual harassment complaint against him, so I got the paperwork. About a week had gone by and I was really procrastinating making a statement, just because I was busy with work and tired as hell when I got home. Then I heard one of my friends and coworkers say the things he had been doing to her.

He made those awful jokes, stood too close for comfort, called her “easy”, asked her favorite sex position, her bra size. The list goes on. She was livid and I encouraged her to write a statement, telling her about what he had said to me. We both sat down that day and filed out reports and the district manager even came in to talk to the both of us. The DM talked to us separately, which I now realize was deliberate. I think it was a mistake not to meet together. He talked to me first and told me that Ron’s behavior wasn’t acceptable, but to hold off on filing the complaint for now. He insisted he only needed to talk to Ron and the behavior would go away. Then he talked to my coworker and was forced to see that the issue was more serious than what he had thought. I know for a fact that were a handful of others who didn’t speak up on the issue, including two grill cooks who had be solicited for drugs by Ron. We pushed for filing the paper work. One of the questions on the form asked us what we thought the punishment should be. I said he should be fired and so did my coworker.

He wasn’t fired though, but transferred back to his old store. The whole issue was essentially swept under the rug. Knowing this scumbag, he is probably at that other store making another group of women uncomfortable and their work even more difficult than it has to be.

A week later, it was a Monday, the day of our terrible buy one get one free deal for milkshakes. The sort of thing where we do a lot of work and get shitty tips (never mind our poverty wages). During the early afternoon I had a customer come in and ask for a flavor, something generic. All he said at the counter to me was, “chocolate.” Ok, I’ll bite, I thought. “Chocolate… ice cream? Or…?” “Yeah, what the fuck else,” he yells at me. I guess he may not have known it at the time, but we actually have an array of chocolate menu items, including chocolate milk, three sorts of milkshakes, ice cream, and frozen yogurt. Either way he was a complete asshole to me and stormed out shortly after ordering, leaving his girlfriend there alone. She apologized for him and gave me a decent tip, and the other customers in line made “what’s his problem!” sort of comments to me. That day when got off my shift, around five or so, I had clocked out and gone over to grab my tips. I stopped for a minute to talk to the coworkers who had taken over for me and tell them about this jerk who came in earlier. So I said what he said, I said “fuck” and it was in front of customers. Not the smartest thing to do, but really, who cares? I didn’t because I was clocked out and just about to leave and as just shooting the shit with my fellow workers.

Apparently one of the customers, an older woman, was horribly offended by my telling of the story. She called the store later that night to complain and I got written up. The district manager saw this and immediately demanded the general manager fire me. I guess my general manager and assistant managers liked me a lot, because some of them apparently stood up for me and argued that since I was clocked out and telling a story, it wasn’t really swearing or causing a ruckus and besides, I was on my way out. The district manager insisted that it was enough that I was wearing my shirts with the name tag, regardless of whether I was clocked in or not. In the end I was allowed to keep my job, but I got a stern talking to about watching my mouth. I truly believe the whole incident was simply retaliation for rocking the boat with the sexual harassment complaints. I’m certain depending on the circumstance, talking to a liberal customer for instance, the company wouldn’t hesitate to tout their “stern” sexual harassment policy about. What’s more, is that if they ever faced a lawsuit or – better yet – an open and public organizing drive about the fucked up things that happen, the company would definitely use that policy as a weapon to protect themselves and the sexist status quo at my job.

These types of problems are characteristic of food service. Food service work is extremely precarious and unorganized, there is huge turnover and people are let go over non-issues. At the same time, the corporate bureaucracy protects itself, which could only be too obvious with the way our sexual harassment complaints were handled. It’s incidents like this that make me believe that union organizing is, and should be, a part of a feminist praxis. In this case, we were lucky, because we had two people who stood up to the boss and legal channels said they couldn’t just fire us. I’ve work a bunch of jobs, mostly in food service, and seen this cycle of sexual harassment and assault continue and not everyone knows their rights or has a collective organization to have their back (most precarious youth don’t). What if it had been the general manager doing this? Or the district manager? In this case, the boss bothering us was the lowest ranking administrator at the shop. When we get shops organized and build worker confidence, it allows us so much more self expression. It’s the difference between taking it and being able to say, with your fellow workers at your back, “this is not okay and we will not stand for it.” The process would have been so much faster and the end result more fitting if that had been able to be the case. 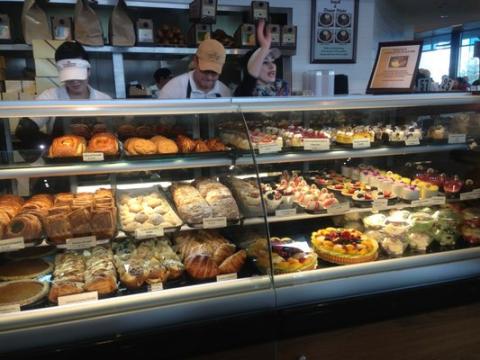 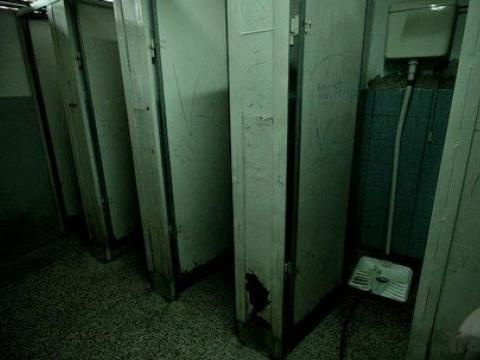 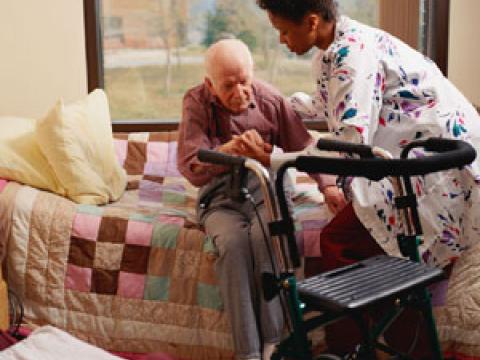