Short news about protest which changed into Fascist event.

26th of August in front of the Syrian embassy two demonstrations took place. The first one was organized by Syrian embassy and its goal was to record it and show in pro-Syrian government that whole world supports Al-Assad. That is why Syrians who live in Warsaw prepared second demonstration to drown the first one.

At twelve o’clock there were only ten pro-government Syrians and fifty anti-government supported by their Polish and Kurdish friends. Polish section of SWP and some anarchists also came.

Suddenly at 1st P.M. on the pro-Syrian side appeard people from All Polish Youth. Only local activists without any leader. This group although known as Neonazi gang nowadays is group of catholic bigots which try to enter mainstream. Last time they started declarating support to Iran government.

A few minutes some strange guy started giving maoist leaflets to Syrians trying to explain that people who were killed in last two days were imperialist agents. Second far right group who supported Al-Assad was Niklot. This is not political group, just association of culture led by Slavic Pagan Neonazis. It is difficult to say why did they join.

But the main role in this spectacle was played by Falanga and their leader Bartosz Bekier (on the picture). Bartosz Bekier is former leader of Mazovian National Radical Camp who was kicked out with all his group because of their strange political views. Although Bekier used to be against all kinds of Communism now he cooperates with Maoists and National Bolshevics. That is why Falanga was officially banned on National Radical Camp actions and was not active in Warsaw for a few years.

This time they came. Bekier had his own megaphone and shouted slogans to people who opposes as “rats go home” and “yankees go home”. Because of this many people whose relatives are persecuted in Syria could not stand it and decided to go.

Only the most militant people stayed. Somebody shouted “Bartosz Bekier, bitch of Al-Assad”. Although Syrian embassy organized Fascist event there was no comments about that in mass medias.

After they were attacked by people from feminist manifa they asked police for help http://www.youtube.com/watch?v=9rQbTbb4F5A&feature=player_embedded 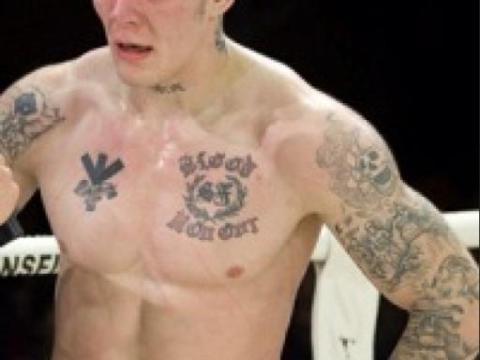 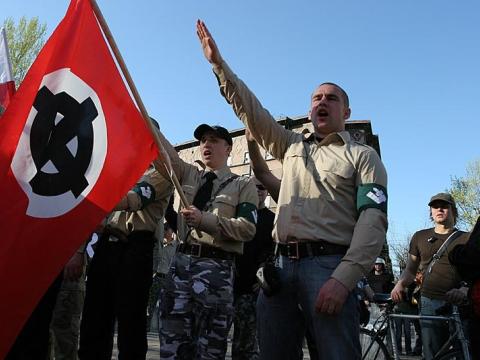 The rebirth of radical nationalism: welcome back to the 30s

Warsaw - The past days following the Nationalist riots of November 11, 2012 have been a time of…
Image 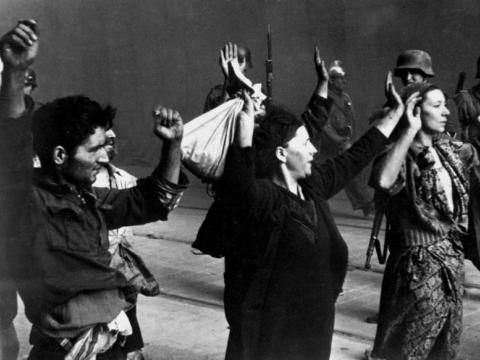 Memoirs of life in the Warsaw ghetto from Bernard Goldstein, leader of the Jewish Labour Bund, recounting his underground activities in Nazi…
Image 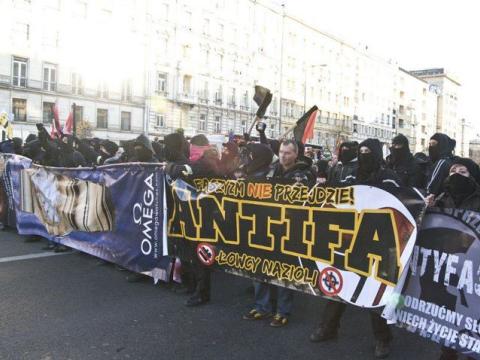