One day King Charles III will die. We can speculate about how soon that day will come, but could the manner of his death be bizarre or entertaining?

Here are my favourite deaths of monarchs called King Charles1 .

If yours is not included, please leave a comment below!

Unusually managed to piss off parliament AND the wider population, which formed an exciting array of armed radicals such as the Levellers and Ranters. After several years of civil war and prevarication by parliament, Charles's death warrant was signed and his head was chopped off at the Palace of Whitehall on 30th of January:

"After a very short pause, his Majesty stretching forth his hands, the executioner at one blow severed his head from his body; which, being held up and showed to the people, was with his body put into a coffin covered with black velvet and carried into his lodging.

His blood was taken up by divers persons for different ends:"2

All this at a time when most people believed that the King was directly appointed by God. 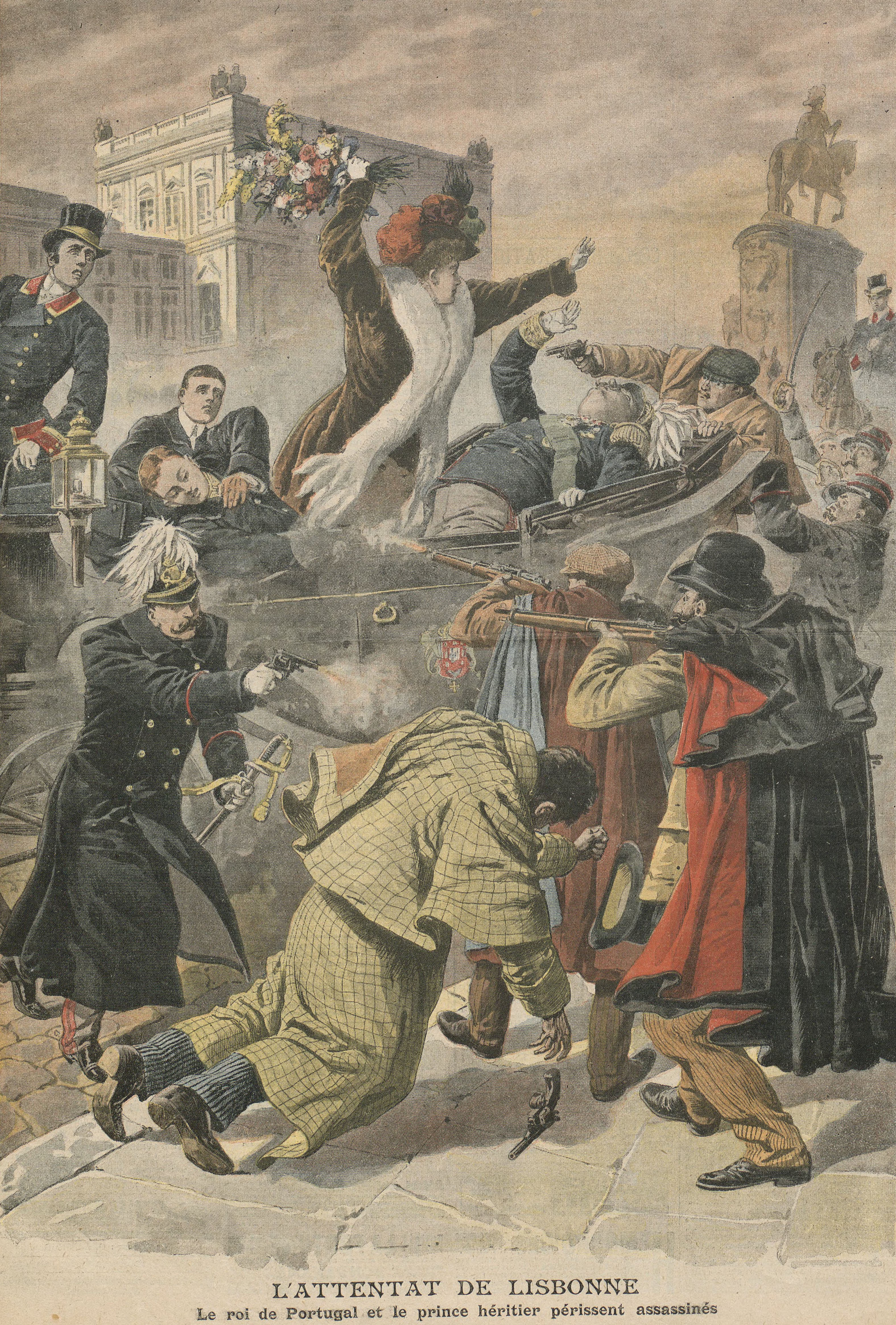 After a holiday, King Carlos chose unwisely to travel in an open carriage on his return to Lisbon.

The country had been embroiled in political instability, corruption scandals and arguments with the British state about the colonial spoils in Africa. The King had made himself widely unpopular by getting mixed up in politics, which led to Republicans in parliament saying:

The ship of exile shall convey Dom Carlos away, reviled, harassed and despised...that royal criminal, who has known neither how to honour nor love the country which has tolerated him.

For less than Dom Carlos has done, the head of Louis XVI fell.

It was all kicking off in Lisbon, instigated in many cases by republican youth and their supporters; there were many arrests and the discovery of stockpiles of arms and bombs.

So when the Royal family entered Terreiro do Paço, a bearded man walked out into the road after their carriage had passed; he removed a Winchester carbine rifle hidden under his overcoat, knelt on one knee and fired at the King from a distance of about 8 metres. The shot struck the king's neck, killing him instantly; another gunman in the square opened fire at the carriage while onlookers ran in panic.

Portugal's anti-monarchists went on to be instrumental in the Republican 5 October 1910 revolution. 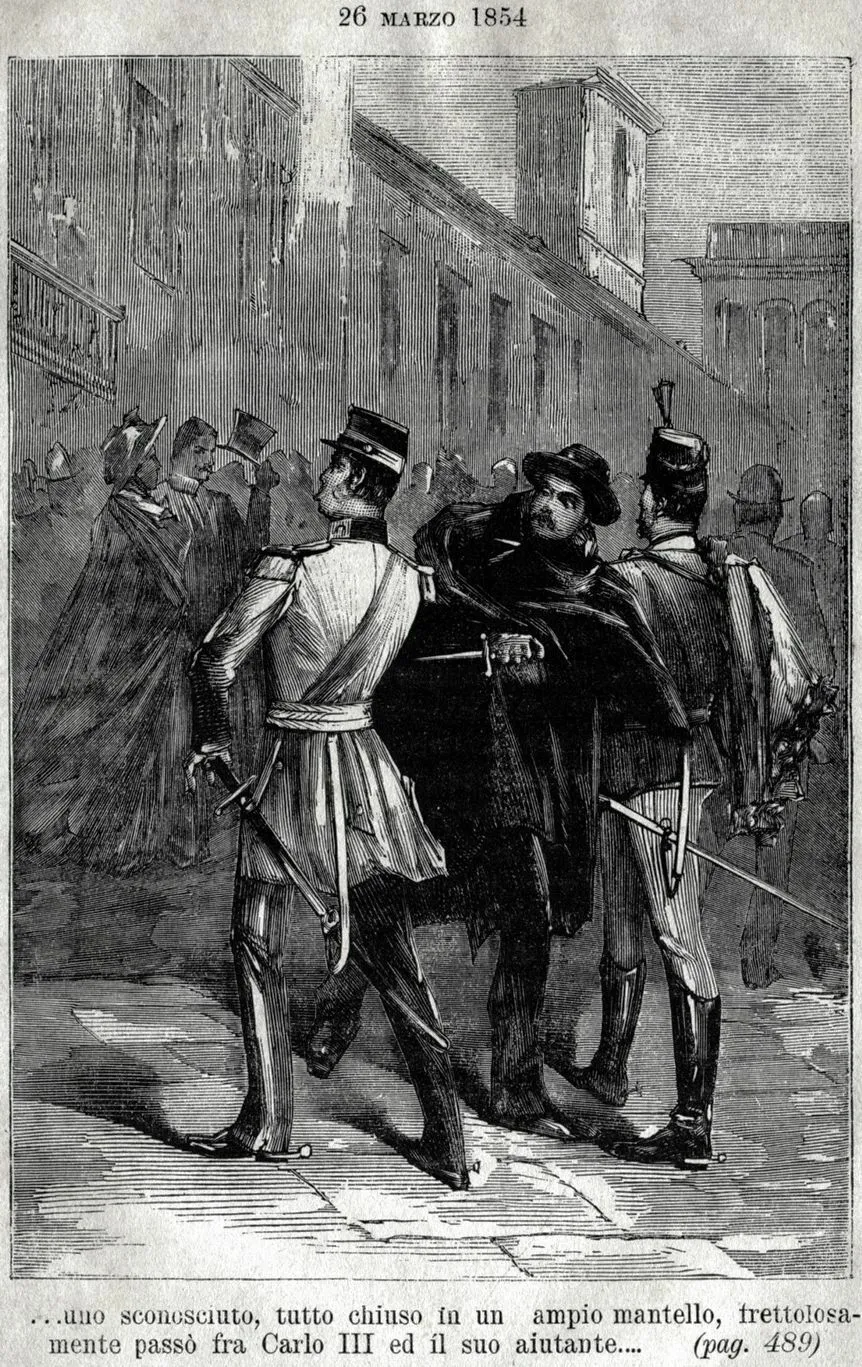 Charles III reigned for five years, during which he placed Parma under martial law, inflicted heavy penalties on the members of the late provisional government, closed the university, and instituted a regular policy of persecution. He was widely hated.

On Sunday 26 March 1854, the King left his palace to take a walk on the streets of Parma, accompanied only by an aide-de-camp. Charles was saluting some soldiers when he was attacked from behind by two men. One of them knocked the Duke violently and stabbed him deep in the stomach with a triangular blade.

The killers escaped prosecution. Both were briefly arrested, but as they looked very much alike, witnesses were confounded and their testimonies deemed unreliable. It was never clarified who paid them to kill the Duke.

1498: Charles VIII of France banged his head on a door 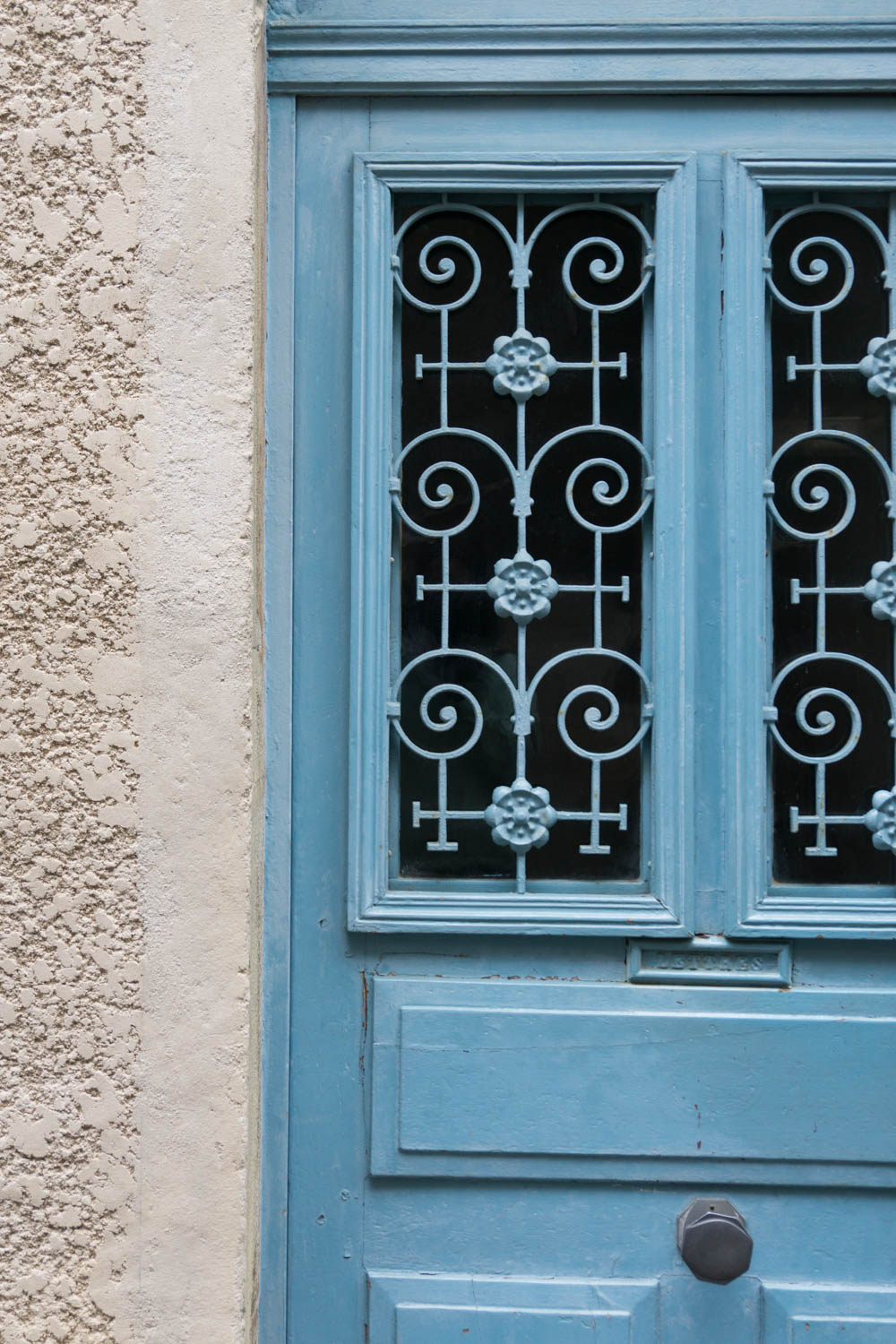 While on his way to watch a game of jeu de paume ("real tennis"), the King struck his head on the lintel of a door. At around 2:00 p.m., while returning from the game, he fell into a sudden coma and died nine hours later.

Recent medical speculation is that a further cause of his demise may have been the side effects of syphillis in the brain.3

866: Charles the Child of Aquitaine, sword-foolery

This King Charles met his death after being 'accidentally' hit by a sword in a mock fight by a member of his own hunting party.

Charles II was never a well man and was described as: "always on the verge of death but repeatedly baffling Christendom by continuing to live."

"heart was the size of a peppercorn; his lungs corroded; his intestines rotten and gangrenous; he had a single testicle, black as coal, and his head was full of water." 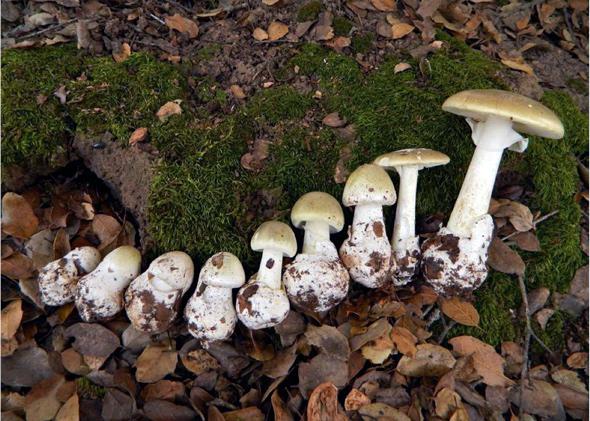 Ate a meal of poisonous "death cap" mushrooms after a day's hunting. 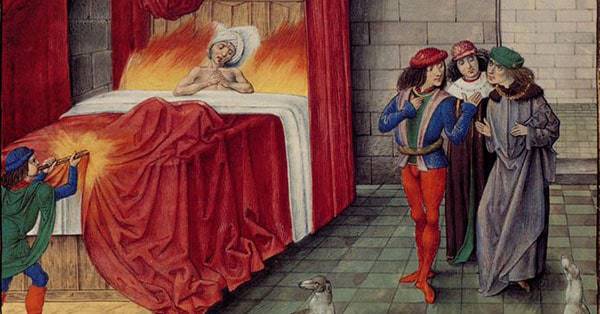 This Charles' appetite for having his political rivals murdered earned him the nickname "Charles the bad". He fell ill at the age of 54:

"having fallen into such a state of decay that he could not make use of his limbs, consulted his physician, who ordered him to be wrapped up from head to foot, in a linen cloth impregnated with brandy, so that he might be inclosed [sic] in it to the very neck as in a sack."

The woman assigned to wrap and sew up Charles managed to drop a candle on his alcohol-soaked sheet... 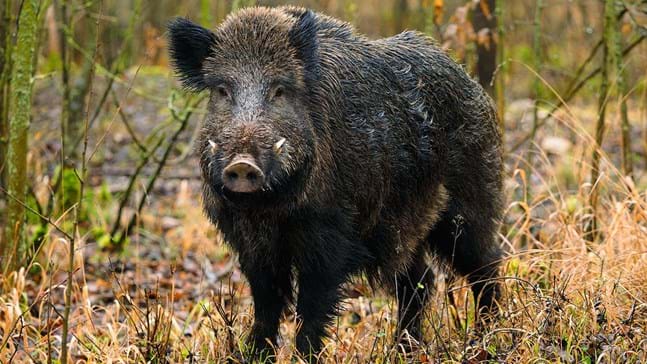 Carloman II died in Normandy while hunting. He was "accidentally" stabbed in the leg by his servant Bertoldus while they were attacked by a wild boar. There is no suggestion whatsoever that the boar was conspiring with Bertoldus. 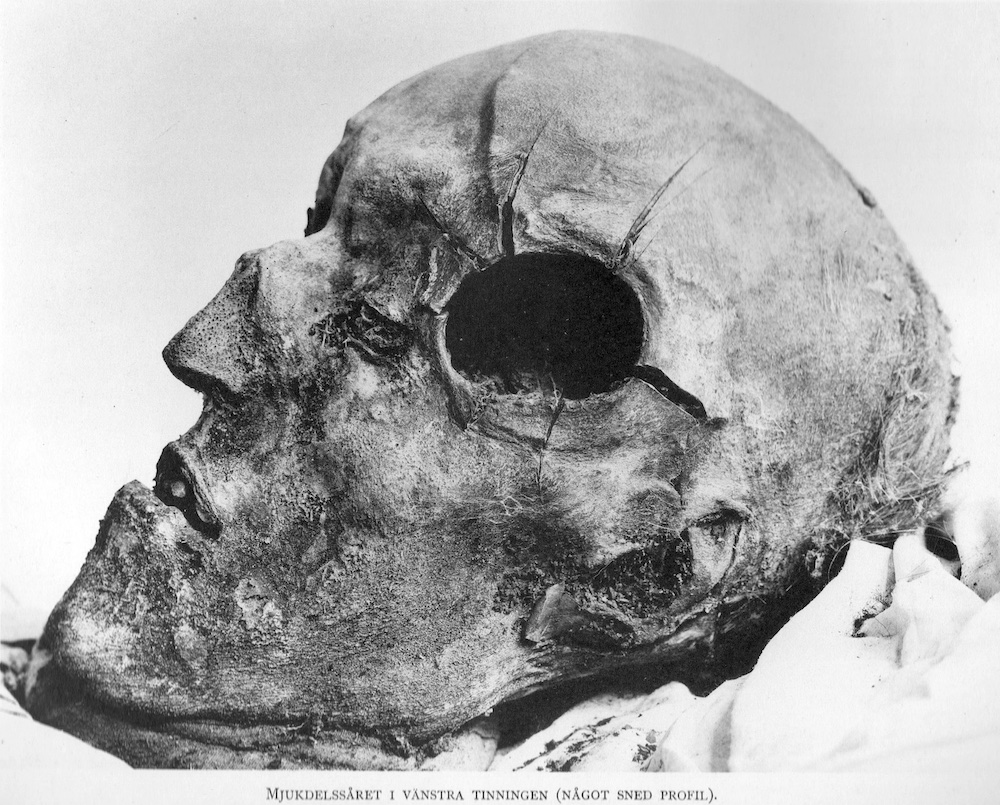 This Charles was shot during the siege of a fortress at Fredrikshald as part of an invasion of Norway. The bullet struck the left side of his skull and exited from the right.

There is speculation that this bullet came from one of his own soldiers - the monarch was hugely unpopular after a series of failed military operations including a failed war with Russia.

One claim is that the killer was nearby Swedish soldier tired of the siege and wanting to put an end to the war...

this was funny, doors seem to have been French monarch kryptonite as Louis III was also killed by cracking his head on the lintel of a door while chasing a girl on horseback https://en.wikipedia.org/wiki/Louis_III_of_France

Prior to Regal health and safety gorn mad…

"His heart was the size of a peppercorn; his lungs corroded; his intestines rotten and gangrenous; he had a single testicle, black as coal, and his head was full of water." 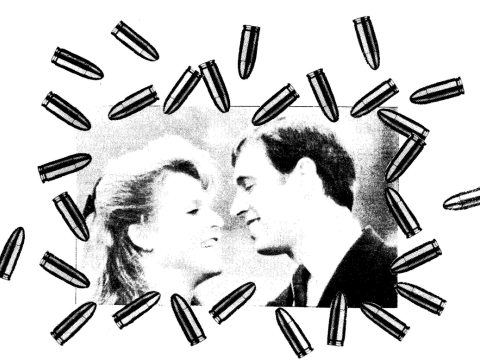 A timeline of protest, resistance and seditious comment on Royal weddings. If you know of more, please add a comment below. I’d also be… 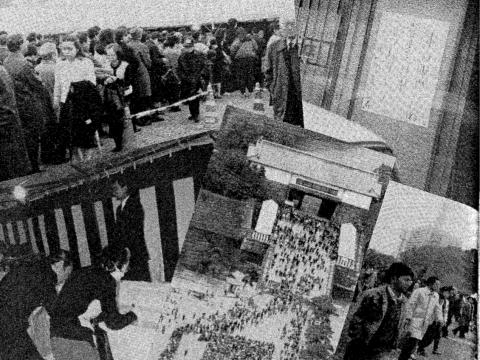 The roots of subservience - Kan Takayuki

Kan Takayuki takes a long hard look at the historical and cultural factors underlying the public reaction to the illness, death and funeral of… 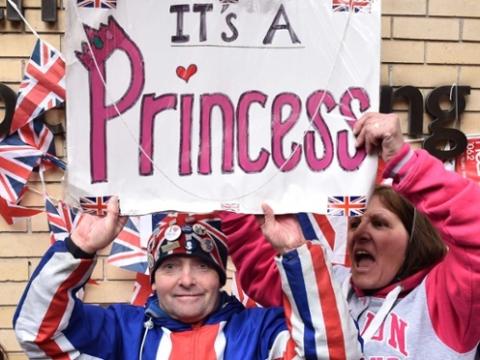 The nation versus human dignity

A brief observation provoked by the latest royal birth and the frenzy surrounding it.