Tension and questions in Athens after bloody guerrilla attack

anti-terrosist squad outside the police station

In the night of October 27, urban guerrillas opened fire on the police station of Agia Paraskevi in Athens, wounding 5 officers, two of which are in intensive care. The attack has created a climate of tension and puzzlement as greece enters the period of the "two hot months".

The attack came at 21:40 on Tuesday 27 October, the eve of the 69th anniversary of the anti-nazi struggle. According to witnesses, the urban guerrillas opened fire with Kalashnikovs against the armed guard of the police station of Agia Paraskevi, a wealthy Athens suburb, leaving the scene uninhibited with the help of a hand grenade. The attack which consisted of a shooting of 100 bullets on the part of the urban guerrillas, has left six police officers, none of whom managed to return the fire. Two of the officers are reported to be in intensive care but not in life danger.

The Ministry of Public Order has announced that it does not accept the attack was caused as a retaliation of its offering 600.000 euros for information that will lead to the arrest of three wanted and condemned anarchists in relation to the bank robbery that has led to the imprisonment of another anarchist, Dimitrakis, in a trial that brought to the surface a lingering debate on social banditry.

With no group having yet claimed responsibility for the bloody attack, and given that the automatic weapons used in the attack have not been used before, the Ministry has expressed fears that it might be soon followed by another attack. As a response to the continuing urban guerrilla attacks against the police, the Ministry has announced that police stations will no longer have outdoors guards, declining any proposals for the introduction of new anti-terrorist legislation that would jeopardise constitutional freedoms.

The response of the parliamentary left to the attack has been one of both denouncing it and claiming it points to the work of agents provocateurs with the purpose of instituting anti-popular measures and repressive laws, reflecting Italy's 1970s strategy of tension. Surprisingly, on the right, apart from the customary denunciations, there has been criticism of a sterile "communication spectacularism" on part of the government, referring to the police sweeping operations in Exarcheia in the last weeks. A right wing newspaper, Avriani, has even gone as far as to propose on its front page an amnesty for all leftist guerrilla groups, on the condition of a decommission of arms.

The tension, suspicion and puzzlement caused by what is considered to be a "declaration of war" attack on part of the guerrilla movement, or one of its manifestations, comes as greece enters the "two hot months" of November and December, which apart from the usually tense anniversary of the 1973 Polytechnic Uprising on November 17, now includes the first anniversary of the assassination of Alexandros Grigoropoulos and the start of the December Uprising, on December 6, as well as the trial of Grigoropoulos' murderers in mid December.

Well, this is crazy. I hope that other anarchists in general are not made to pay for this...

A quick point about article submitting taxi, I've been marking this in most of your articles, but if you want to you can mark the location of them yourself - when you click submit content just click on the map where the events in the article took place. You can do it roughly or if you want you can zoom down to the very street or building where it occurred.

Sorry but what do you mean by "Well, this is crazy. I hope that other anarchists in general are made to pay for this..." are you trying to be ironic?
Because otherwise that would not be a statement I would not be able to support, as there have been claims that an anarchist group migth be responsible, but no group HAS actually taken responsibilty.
And secondly, why would you want that "other anarchists in general are made to pay for this"?! Who are Anarchists in general, what do these anarchists in general have to do with a militant supposed to be anarchist guerilla action if they don't support these tactics, and what is there to pay for? That there are groups in the greek state that are seriously questioning the authority over force that in most societies has been attributed to police or military forces so that we feel that nobody has the right to exercise force not even when threatened by this monopoly of force or even when people are being killed because of it, as is the case in Greece?!

All I was saying was I hope that other anarchists don't get fucked over because of this. Particularly those currently held in custody around the nuclei of fire fit up and those arrested under the "hood law" previously posted here, who the cases against them seemed to be falling apart. This could give them an excuse to keep them inside.

steven definitely meant that he hoped that "other anarchists in general are not made to pay for this." just to be clear. although your first comment still holds a little water.

Thanks Steve, I know what you mean. Yet I dont think the response will be on a legal as much as on a social level: already the parliamentary left is proposing an anti-guerrilla protest march; this would be the first such march in greek history and a very important development in a country where revolutionary violence has been generally within the bounds of the acceptable. Of course, what allows this to even be proposed is the not the acts in themselves (November 17 had killed again and again but was publicly adored by mainstream society) but the discourse: the communiques of the last months coming from the Sect of Revolutionaries, the group most people expect to be behind the attack, are rife with anti-social nihilism and tarantino-styled bloodthirstyness of the "we will make society bleed type". This makes significant parts of the left to either consider this guerrilla group a secret agency plot, or simply an ideological enemy of both marxist and humanist traditions. Anarchists are more reserved on their judgments, on a wait and see basis.

FYI, the "hoodie law" has been revoked last week by the new administration.

I am sorry raw, but the hood law has not been revoked. Several cabinet ministers have pointed out, sincerely or not, that they intend to revoke it, but as the Parliament's legislative sessions have not started yet since their dissolution in September, no law or amendment could have revoked or nullified this or any law. We have to wait to see if the new administration will revoke the law, or if it will just change some of its articles in a gesture of appeasing the left while making the law actually practicable within the confines of both the constitution and the overall legal culture of greece.

Thanks taxi, I stand corrected.

Just a quick point to say that yes, Si is correct - I didn't realise I omitted the word "not"! I will now edit my original post to avoid future confusion. 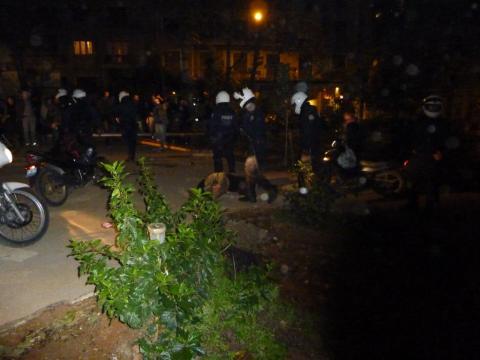 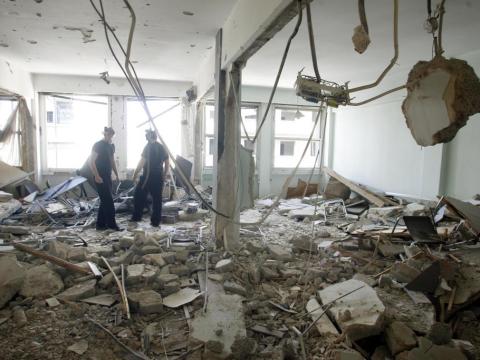