A set of theses, first published in the single-issue journal 'Kommunist' no. 1-2, Geneva 1915, (not to be confused with the journal 'Kommunist', of the same name, that appeared in 1918 at Saint Petersburg (ten issues) and Moscow (four issues)), written by Georgy Pyatakov, Yevgenia Bosch and Nikolai Bukharin on the 'national question'.

1. The imperialist epoch is a period of the absorption of small states by large states and of a constant redrawing of the political map of the world towards greater state-homogeneity. In this process of absorption many nations are incorporated into the state system of the victorious nations.

2. Modern capitalist foreign policy is closely bound up with the supremacy of finance capital, which cannot abandon the policy of imperialism without threatening its own existence. Therefore, it would be extremely Utopian to advance anti-imperialist demands in the field of foreign policy while remaining within the framework of capitalist relations.

The answer to the bourgeoisie’s imperialist policy must be the socialist revolution of the proletariat; Social Democracy must not advance minimum demands in the field of present-day foreign policy.

4. The slogan “self-determination of nations” is first of all Utopian, as it cannot be realized within the limits of capitalism. It is also harmful, as it is a slogan that sows illusions. In this respect it does not distinguish itself at all from the slogans of arbitration courts, disarmament, and so on which presuppose the possibility of so-called peaceful capitalism.

5. We should not get carried away by the agitational side of the question and forget its connection to other questions. Advancing the slogan of “self-determination” in order to struggle against “the chauvinism of the working masses” would be making exactly the same kind of error as Kautsky does, when he advances the slogan of “disarmament” for the struggle against militarism. In both cases the error lies in a one-sided examination of the question. It overlooks the specific gravity of a given “social evil”; in other words, it examines the question from an entirely rational and Utopian standpoint and not from the standpoint of revolutionary dialectics.

6. The major cases of a concrete application of the slogan of “the right of nations to self-determination” through state independence or secession are, first, the annexation of “foreign” territory in the course of an imperialist war, and second, the disintegration of an already formed state unit. In the first case the slogan of “self-determination” is only a different form of the slogan “defence of the fatherland,” because unless an appeal is made for physical defence of the corresponding state boundaries, the “slogan” remains an empty phrase. In the second case we have essentially the same harmful consequences as with the slogan “defence of the fatherland.”

The attention of the proletarian masses is shifted to another plane; the international character of their action disappears; the forces of the proletariat are split up; the entire tactical line moves in the direction of national and not class struggle. Moreover, in this case the slogan also implicite [implicitly] includes the slogan of “defence,” for after the achievement of secession, and the slogan of “the right to self-determination” of course presupposes such a possibility, is it not necessary to defend “independence”? Otherwise, what with the constant dangers of the imperialist epoch, why “demand” it at all?

7. Diversion of the proletariat’s attention towards the solution of “national” problems becomes extraordinarily harmful, especially now, when the question of mobilizing the proletariat’s forces on a world scale, in international struggle to overthrow capitalism, has been posed for action. The task of Social Democracy at the present moment is propaganda for an attitude of indifference to “the fatherland,” “the nation,” and so on. This by no means presupposes a “state” formulation of the question (protests against “dismemberment”), but, on the contrary, poses it in a sharply pronounced revolutionary way with regard to state power and the entire capitalist system.

9. In the case of non-capitalist countries or countries with an embryonic capitalism (for example, colonies), we can support the uprising of the popular masses as something that weakens the ruling classes on the European continent and that does not split the proletarian forces. This is so because, in this case (a) it is not a question of socialism; and (b) the forces mobilized here are not those of the international proletariat, but the national forces of the bourgeoisie, which objectively help the proletariat of the European continent.

10. Furthermore, the slogan of “the right to self-determination” does not concretely answer the question concerning a given nation.

11. An essential identity (“aid to imperialism”) does not flow from a formal similarity between the position developed in these theses and the position of Cunow und Konsorten [and company]. To base an objection on “aid” in this case means to go down the road paved by Kautsky. 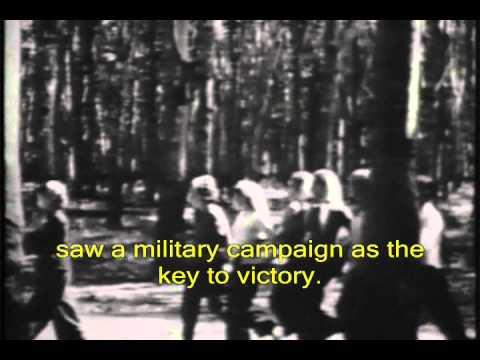 The colonial question: an initial balance‑sheet 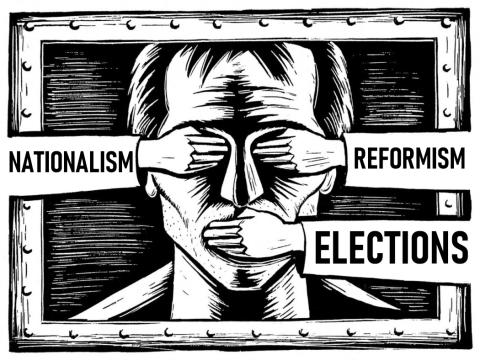