Richard Thiede was born on February 6th, 1906 in Leipzig in a family of railway workers. His father was a member of the Social Democratic Party from 1918 to 1930 and mobilised in the Reichsbanner organisation to combat the Kapp putsch.

Richard was to write: “We were the precocious youth of the First World War and the post-war period, we had experienced hunger and misery in these years and were active in social life at a very young age through family education and personal experience ."

Richard attended meetings of various left youth associations. As an apprentice electrician he joined the Free Socialist Youth, and then the Anarcho-Syndicalist Youth(SAJD). He acted as publisher of the SAJD paper Junge Anarchisten (Young Anarchists) from 1923. and in the same year joined the Free Workers Union of Germany (FAUD). He acted as treasurer of the FAUD in Leipzig.

When the FAUD was forced to go underground in 1933, Richard took over from Ferdinand Götze (see libcom biography) when the latter was forced to flee abroad. He took part in producing and distributing two underground FAUD papers, Die Soziale Revolution and Der Syndikalist.

He was arrested by the Gestapo on 15th February 1936 but was released for lack of evidence.
Following the arrest of the Chemnitz group of the FAUD, Richard was again arrested on his 31st birthday in 1937 and suffered torture, his interrogation on 13th April leading to further arrests, including information on the Belin FAUD group.

On January 19, 1938, Richard Thiede was sentenced to 15 years in prison for "high treason" by Freisler's "People's Court". At the Waldheim prison torture, food deprivation, and death threats. In November 1943 he was transferred to the Buchenwald concentration camp where the torture continued. He was taken under the wing of Leipzig Communists in the satellite camp Kassel Druseltal where he worked as an electrician.

With the advance of the American troops the Kassel prisoners were evacuated in the direction of Buchenwald. At Harzgerode he managed to escape. He reached Leipzig on April 28th, 1945. There he joined the National Committee of Free Germany and set up an antifascist youth group in the Portitz district.

He then joined the Communist Party (KPD) and took part in the foundation of the Socialist Unity Party (SED) when the USSR arranged a forced merger of the Communist Party and the Social Democratic Party in East Germany in April 1946. He then worked in various party institutions and as head of VdN travel to the Soviet Union, as well as a guide to visits to Buchenwald. 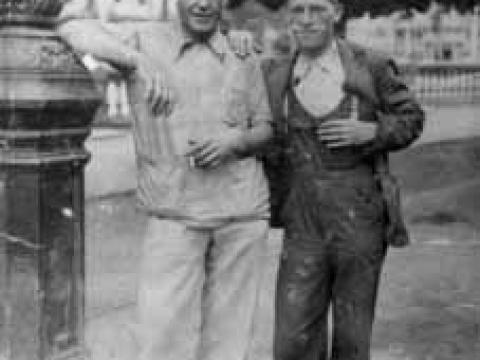 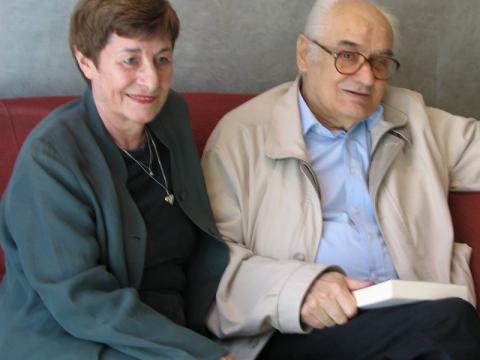 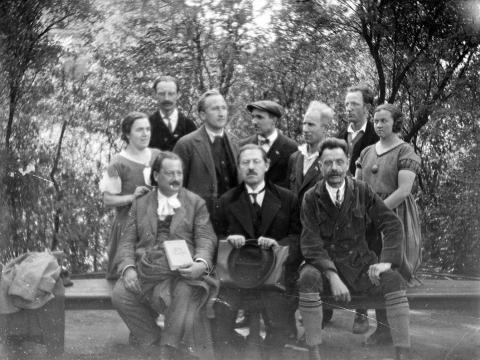