Still Waters Run Depraved. Television review - Tom Jennings
Representing six hours of summer Saturday primetime, an enigmatic, atmospheric 'scandal melodrama' series sees yet another prominent filmmaker decamp to TV citing opportunities for artistic freedom and novelistic scope compared to narrow, juvenile, exploitative and conservative commercial imperatives in contemporary cinema. Not that writer-director Jane Campion ever had any truck with safe soporific entertainment, in her groundbreaking explorations of desire and agency among strong, flawed women beset by sundry societal, familial and personal limitations [1] - now returning to her native wilderness for the first time since multiple Oscar-winner The Piano (1993). Recalling the otherworldly and estranged physical, psychological and social landscapes of David Lynch's Twin Peaks [2], this anti-pastoral crime thriller (co-directed with Garth Davis and hauntingly shot and scored by Adam Arkapaw and Mark Bradshaw respectively) schematises geographical and human stratification with a tremendous ensemble cast scattered around New Zealand's spectacular and/or sinister Lake Wakatipu mountains and forests - the 'rich man's playground' of Queenstown, hardscrabble suburbs in Laketop, and a therapeutic commune of lost female souls camping in shipping containers at the upland sanctuary of Paradise.
*
Myth, metaphor and symbolism bristle in the mystery narrative (co-written with Gerard Lee), too, as a pregnant twelve-year-old disappears after attempting suicide in the lake - which Maori folklore describes as a demon's grave. The casework by a detective specialising in child trauma (played by Elisabeth Moss balancing vulnerability, confusion and resolution) - back home visiting her dying mother - immediately confronts the missing lass's father (Peter Mullan's neighbourhood criminal tyrant) and his clan, as well as practically an entire population intent on sweeping every imaginable sin under the carpet. Requisite red herrings abound, fuelled by gossip, rumour and barely concealed bitterness, resentment and violence, and excavating the truth entails a demeaned and isolated sleuth grappling with her own repressed horrors which inextricably mesh with the histories of other damaged characters and the town itself. The whole mess projects onto present institutions and relationships, which unravel as unwelcome revelations lay bare various self-interested rationalisations, complacencies and misbegotten family romances as defensive evasions, distraught disavowals or downright mendacities.
*
Top of the Lake enriches the fictional film canon of intrepid investigators exposing the evils that men do [3], but transcends generic conventions as well as Campion's usual focus on women's suffering in purely individual and interpersonal terms - now locating monstrous pathologies of patriarchal domination firmly within class dynamics. A grass-roots perspective is assumed throughout, from those who inhabit the surroundings rather than seeking instrumental control - including the prodigal daughter clearly less ill at ease among the rugged scenery and its rough characters than with her professional colleagues, despite being thoroughly alienated from both strata. But against lower-class vulgarity in caricatures of casual macho brutality and the hardened femininity necessary to survive in desperate straits of poverty and insecurity, comparably vicious, cynical and sad weakness and cruelty lie beneath the respectable hypocrisy of middle-class character armour privileging veneers of taste, restraint and sophistication. So suspiciously incompetent local police comfortably coexist with underworld counterparts and visiting businessmen, and the baleful pattern culminates in a liberal educational programme for disadvantaged youth providing resources for both sexual and commercial predation.
*
This audaciously precise socio-economic condensation, exerting a vice-like stranglehold on all concerned, is facilitated by a commodity (drugs) economy whose tentacles systematically infect every aspect of existence. Yet its power is undermined thanks to the space for indeterminate autonomy and solidarity carved out by the post-menopausal perverts occupying Paradise - for whom no utopian idyll is nevertheless possible, at least while they remain separated (if not separatist) from wider society. Initially appearing as comic relief, this sideshow-freakshow gradually takes centre stage, increasingly providing a forum for Laketop's tensions and conflicts to play out - coming complete with the built-in astringent of Holly Hunter's irascibly reluctant guru [4], puncturing superficial wish-fulfilments of genteel fluffy reconstruction, scorning charitable objectification and ideological imperialism, and urging attention instead to the 'immense intelligence of the body'. Or, perhaps, of a 'body-politics' materialism which, rather than subjugating flesh and affect to the arrogant sociopathy of purely rational calculation, can offer real potential to nourish successful struggle and genuine liberation - here satisfyingly and skilfully signposted in a cascade of dovetailing denouements which emphasise the difficult, dangerous, dirty work to be done as well as the uncertain but worthwhile rewards to be thereby won together.
*
Notes
1. see review of her erotic thriller In the Cut in Freedom, 23rd November 2003.
2. discussed in 'Class-ifying Contemporary Cinema', Variant, No. 10, March 2000.
3. from, say, Chinatown (1975), Twin Peaks (1990-2) and Silence of the Lambs (1991) through Prime Suspect (1991-2006) to Red Riding (2009) and The Killing (2007-13).
4. a character based on Campion's friend, the late Indian philosopher U.G. Krishnamurti.
Top of the Lake is out now on DVD.
Review first published in Freedom, Vol. 74, No. 9, October 2013.
For other reviews and essays by Tom Jennings, see:
www.variant.org.uk
www.tomjennings.pwp.blueyonder.co.uk 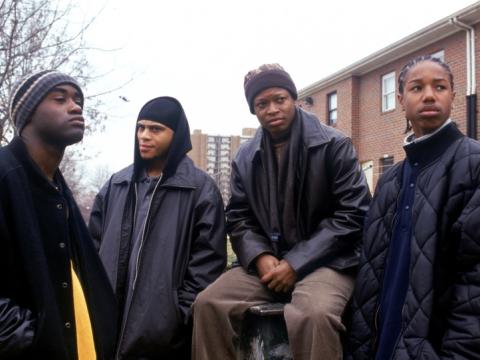 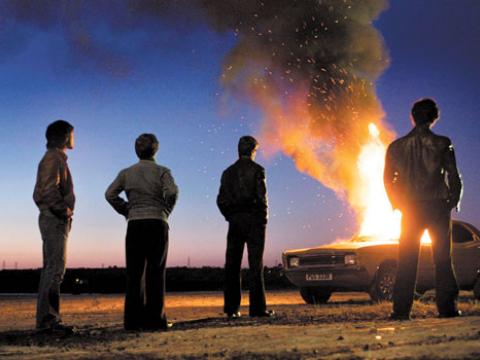