Trade unions in Zimbabwe: For democracy, against neo-liberalism

Lucien van der Walt's paper on the state of organised labour in Zimbabwe circa 1998. 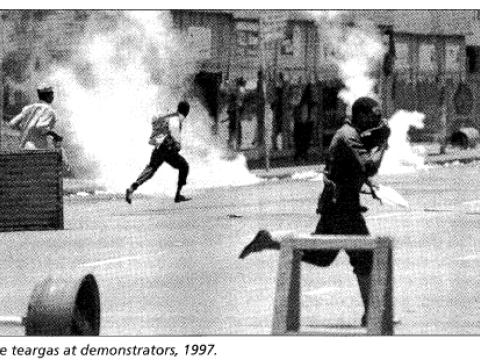 'This is class warfare' the struggle for democracy in Zimbabwe

In 2006, Cosatu called for the introduction of a universal basic incomes grant in response to the ANC introducing various welfare measures to alleviate poverty. Lucien van der Walt argued that that unions had been sidestracked by technocratic demands and that the demand for welfare should instead be linked to the struggle of the working class to reinvent society.

A chapter by Lucien van der Walt providing a brief overview of the union movement in South Africa, black and white, its achievements and its…

The politics of land: ZANU vs. the MDC

An article from 2000 by Samuel Kariuki and Lucien van der Walt on the issue of land in Zimbabwean politics and the potential lessons from neighbouring South Africa.