A mass wave of riots by ordinary people against the government have swept Tunisia for the last three weeks under a near-total media blackout in the West. We look at what's been happening and why it's being kept off our TV screens.

On Saturday December 18th, the Tunisian police stopped Mohamed Bouaziz, an unemployed university graduate, and seized the hand cart of fruit and vegetables he had been selling to support himself and his family. Enraged by the injustice and despairing of any escape from destitution and starvation in Tunisia's impoverished economy, increasingly ravaged by rising food prices, the young man set fire to himself in protest, outside the town hall in Sidi Bouzid, 200km south-west of the capital Tunis. The young man was later to die in hospital.

Angered by the incident, several hundred local youth, equally suffering from unemployment and repression from the police and state of Tunisia's corrupt dictatorial regime, gathered to protest the incident. Local police responded with tear gas and violence. Since that time, mass rioting and violent clashes with the police have swept the country for the last three weeks. In Kesserine, another inland town, far from the tourist industry of the coastal region, the death toll estimated by local doctors and hospital staff has exceeded 50 over the last weekend alone.

But the savagery of the virtual civil war that has broken out between the people of Tunisia, from unemployed youth, school and university students, trade unionists, artists, intellectuals and even lawyers, against the corrupt cabal around dictator in all but name, President Zine El Abidine Ben Ali, may as well not be happening as far as the TV news schedules of RTE, the BBC or the rest of Western media. Commentators at Al Jazeera and other Arab language media have bitterly pointed out the hypocrisy of Western media that splashed the Iranian Green movement's resistance to Ahmedi Nejad's stealing of the last elections all over the nightly TV broadcasts, but is now censoring the biggest story in the Arab world today. Could this be because the Ben Ali regime is a "friend of the West"? The wall of silence imposed by our "fearlessly independent and even-handed" media speaks volumes.

Meanwhile in the Arab world, from Egypt to Syria, ordinary watchers and bloggers are seized with enthusiasm for what they are calling the Tunisian Intifada. The experience of being squeezed between corrupt, dictatorial and repressive regimes and rising food prices is common to most people in the region. Even though the Tunisian government has closed opposition newspapers and arrested and tortured journalists who dare cover the struggle, coverage is still passing out through Twitter (follow #sidibouzid ), although Facebook has fallen over itself to help the Ben Ali regime (and its CIA backers) by taking down the pages of any journalists or ordinary Tunisians covering the story.

The initifada is still carrying on, yesterday it reached the suburbs of the capital Tunis, and troops were deployed on the streets for the first time. Ben Ali has belatedly tried to signal changes by sacking his interior minister and promising that he will start a programme to create 300,000 jobs in the next two years. But members of his family have been reported as fleeing the country.

Victory and liberty for Tunisian workers! Down with the Ben Ali dictatorship!

Details of the developing situation in Tunisia have been regularly posted in this thread in the libcom forums.

Where can i read about the links between the Ben Ali regime and the CIA? Are there any texts available online?

I'm not aware of any but if I find anything I'll post it here.

Is it possible the US government doesn't want its citizens to get ideas, or is that a little too far of a stretch?

Seems like the world's rulers want to get rid of Ben Ali - for the first time on French news yesterday night, Tunisia was the main item - and over 5 minutes on it, though half was about the reaction of the powers-that-be; the ideology was that the movement was "advancing" from a social conflict to a political conflict, Newspeak for "let's try to repress the social aspect of this conflict and divert it into hierarchical political solutions". From now on, probably lots of talk about democratisation. I'd guess Ben Ali's pretty much finished - the fact that they're releasing those arrested in the uprising is an indication of incredible fear and weakness on the part of the ruling elite.

In the thread Mark. mentioned they were also releasing criminals from prison to act as hired thugs against the uprising, and also that those protestors involved in fires or looting would not be released. Seems like either way some people are being released from prison, but who they are and the reasons for it is contested.

Yeah, definitely looks like the wall of silence is completely broken in the French media, it's on the front page in both le Monde and le Figaro. But as Satmonaf said, in a "the revolt has now transcended the merely economic to attain a higher political character" discourse.

those protestors involved in fires or looting would not be released.

Didn't see that - the media discurse here din't mention this significant exemption, presumably because looters and burners are beneath contempt in their eyes, and aren't worth mentioning; nevertheless, presumably those who threw rocks and stones at the cops are being released (?).

What they say and what they do are 2 different things; they've still got to get on with Ben Ali's regime, even if they're trying to think of ways of replacing him with some racket more capable of calming the situation. And news is just out of a French guy, a teacher in France of Tunisian origin, on holiday there who's just been killed by the cops on a demo, so the French State is kind of forced to 'interfere' now (as if they haven't always had an influence there, anyway). They can't let a French national be kiled by a foreign state's cops without making some protest or other. Even if the guy is only an Arab (racist irony intended).

those protestors involved in fires or looting would not be released.

Didn't see that - the media discurse here din't mention this significant exemption, presumably because looters and burners are beneath contempt in their eyes, and aren't worth mentioning; nevertheless, presumably those who threw rocks and stones at the cops are being released (?).

No. It's even better than that. The full version I saw quoted in one of the news stories (sadly I didn't note where) was "all those imprisoned because of the disturbances are to be released... [wait for it!] ...apart from those guilty of criminal offences". Kafka eat your heart out.

In practice the promise about not shooting any more people will probably be the more immediately verifiable/falsifiable one.

Yet despite the president's announcement that live ammunition would not be used, Al Jazeera learned that three more people were killed in Aouina, a suburb of Tunis - less than an hour after the president's speech.

The young man said that he heard screaming outside his apartment and discovered that that police had just shot three people. Despite the president's speech, he said the protests and police violence was continuing, as it had the previous night.

'Au secours, Help, We need your Help in Tunisia, the police is shooting everywhere'

GIL SCOTT HERON - the Revolution will not be TWEETED (if will be live!) #Tunisia #Sidibouzid

The revolution was not televised...

When protesters took to the streets in Tunisia back in December, the Ben Ali government cracked down hard on the media - shutting down news outlets, arresting bloggers and locking out foreign journalists. But through sites like Facebook and Twitter, pictures of the protests were able to get out and were picked up by satellite TV channels. The images spread like wildfire through the Arab world, reaching audiences across the region and binding them to the ever changing story. Western news outlets on the other hand, at least initially, failed to give the story the coverage it deserved...

Iraqi Kurdistan or Kurdistan Region (Kurdish: Herêmî Kurdistan; Arabic: Iqlīm Kurdistān) is an autonomous region of Iraq.[2] It borders Iran to the east, Turkey to the north, Syria to the west and the rest of Iraq to the south. The regional capital is Arbil, known in Kurdish as Hewlêr. The region is officially governed by the Kurdistan Regional Government.

The establishment of the Kurdistan Region of Iraq dates back to the March 1970 autonomy agreement between the Kurdish opposition and the Iraqi government after years of heavy fighting. The Iran-Iraq war during the 1980s and the Anfal genocide campaign of the Iraqi army devastated the population and nature of Iraqi Kurdistan. Following the 1991 uprising of the Iraqi people against Saddam Hussein, many Kurds were forced to flee the country to become refugees in bordering regions of Iran and Turkey. A northern no-fly zone was established following the First Gulf War in 1991 to facilitate the return of Kurdish refugees. As Kurds continued to fight government troops, Iraqi forces finally left Kurdistan in October 1991, leaving the region to function de facto independently; however, neither of the two major Kurdish parties had at any time declared independence and Iraqi Kurdistan continues to view itself as an integral part of a united Iraq but one in which it administers its own affairs. The 2003 invasion of Iraq and the subsequent political changes led to the ratification of a new Constitution of Iraq in 2005. The new Iraqi constitution defines Iraqi Kurdistan as a federal entity of Iraq, and establishes Arabic and Kurdish as Iraq's joint official languages.
http://en.wikipedia.org/wiki/Kurdistan_Region 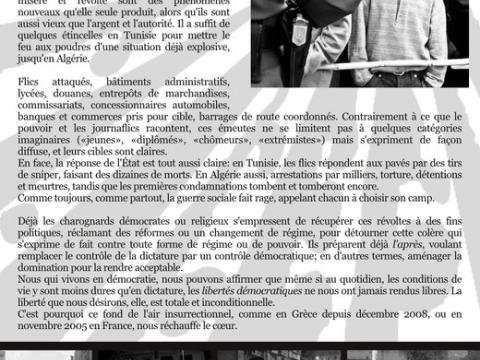 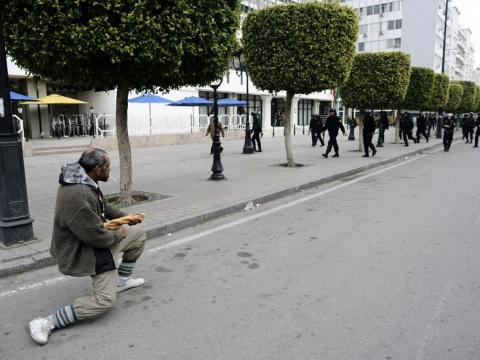 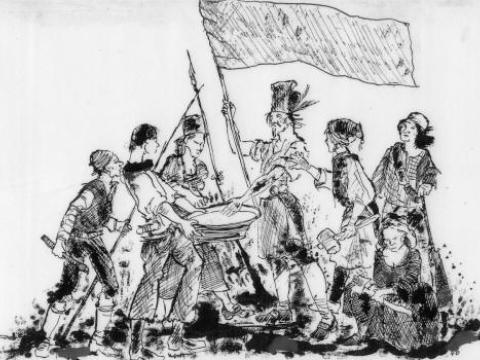 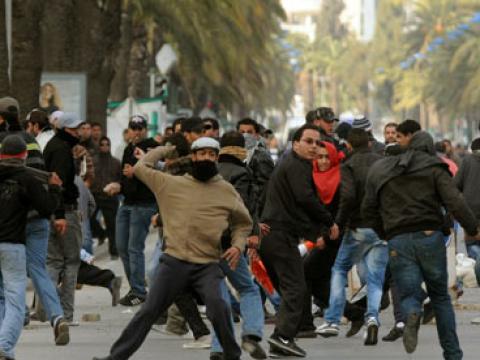 Insurrection in North Africa: the story so far

In the latest development in the rapidly escalating situation in North Africa, the Tunisian President has been forced out of power, a new…