The tyranny of the clock - George Woodcock

Short piece on the manufacture of accurate time and how the world became a more structured place, a worser one, overnight.

In no characteristic is existing society in the West so sharply distinguished from the earlier societies, whether of Europe or the East, than in its conception of time. To the ancient Chinese or Greek, to the Arab herdsman or Mexican peon of today, time is represented in the cyclic processes of nature, the alternation of day and night, the passage from season to season. The nomads and farmers measured and still measure their day from sunrise to sunset, and their year in terms of the seedtime and harvest, of the falling leaf and the ice thawing on the lakes and rivers. The farmer worked according to the elements, the craftsman for so long as he felt it necessary to perfect his product. Time was seen in a process of natural change, and men were not concerned in its exact measurement. For this reason civilisations highly developed in other respects had the most primitive means of measuring time, the hour glass with it's trickling sand or dripping water, the sundial, useless on a dull day, and the candle or lamp whose unburnt remnant of oil or wax indicated the hours. All these devices where approximate and inexact, and were often rendered unreliable by the weather or the personal laziness of the tender. Nowhere in the ancient or medieval world were more than a tiny minority of men concerned with time in the terms of mathematical exactitude.

Modern, Western man, however lives in a world which runs according to the mechanical and mathematical symbols of clock time. The clock dictates his movements and inhibits his actions. The clock turns time from a process of nature into a commodity that can be measured and bought and sold like soap or sultanas. And because, without some means of exact time keeping, industrial capitalism could never have developed and could not continue to exploit the workers, the clock represents an element of mechanical tyranny in the lives of modern men more potent than any individual exploiter or any other machine. It is valuable to trace the historical process by which the clock influenced the social development of modern European civilisation.

It is a frequent circumstance of history that a culture or civilisation develops the device which will later be used for its destruction. The ancient Chinese, for example, invented gunpowder, which was developed by the military experts of the West and eventually led to the Chinese civilisation itself being destroyed by the high explosives of modern warfare. Similarly, the supreme achievement of the ingenuity of the craftsmen in the medieval cities of Europe was the invention of the mechanical clock, which, with it's revolutionary alteration of the concept of time, materially assisted the growth of exploiting capitalism and the destruction of medieval culture.

There is a tradition that the clock appeared in the eleventh century, as a device for ringing bells at regular intervals in the monasteries which, with the regimented life they imposed on their inmates, were the closest social approximation in the middle ages to the factory of today. The first authenticated clock, however, appeared in the thirteenth century, and it was not until the fourteenth century that clocks became common ornaments of the public buildings in the German cities.

These early clocks, operated by weights, were not particularly accurate, and it was not until the sixteenth century that any great reliability was obtained. In England, for instance the clock at Hampton Court, made in 1540, is said to have been the first accurate clock in the country. And even the accuracy of the sixteenth century clocks are relative, for they were only equipped with hour hands. The idea of measuring time in minutes and seconds had been thought out by the early mathematicians as far back as the fourteenth century, but it was not until the invention of the pendulum in 1657 that sufficient accuracy was attained to permit the addition of a minute hand, and the second hand did not appear until the eighteenth century. These two centuries, it should be observed, were those in which capitalism grew to such an extent that it was able to take advantage of the industrial revolution in technique in order to establish its domination over society.

The clock, as Lewis Mumford has pointed out, represents the key machine of the machine age, both for its influence on technology and its influence on the habits of men. Technically, the clock was the first really automatic machine that attained any importance in the life of men. Previous to its invention, the common machines were of such a nature that their operation depended on some external and unreliable force, such as human or animal muscles, water or wind. It is true that the Greeks had invented a number of primitive automatic machines, but these where used, like Hero's steam engine, for obtaining 'supernatural' effects in the temples or for amusing the tyrants of Levantine cities. But the clock was the first automatic machine that attained a public importance and a social function. Clock-making became the industry from which men learnt the elements of machine making and gained the technical skill that was to produce the complicated machinery of the industrial revolution.

Socially the clock had a more radical influence than any other machine, in that it was the means by which the regularisation and regimentation of life necessary for an exploiting system of industry could best be attained. The clock provided the means by which time - a category so elusive that no philosophy has yet determined its nature - could be measured concretely in more tangible forms of space provided by the circumference of a clock dial. Time as duration became disregarded, and men began to talk and think always of 'lengths' of time, just as if they were talking of lengths of calico. And time, being now measurable in mathematical symbols, became regarded as a commodity that could be bought and sold in the same way as any other commodity.

The new capitalists, in particular, became rabidly time-conscious. Time, here symbolising the labour of workers, was regarded by them almost as if it were the chief raw material of industry. 'Time is money' became on of the key slogans of capitalist ideology, and the timekeeper was the most significant of the new types of official introduced by the capitalist dispensation.

in the early factories the employers went so far as to manipulate their clocks or sound their factory whistles at the wrong times in order to defraud their workers a little of this valuable new commodity. Later such practices became less frequent, but the influence of the clock imposed a regularity on the lives of the majority of men which had previously been known only in the monastery. Men actually became like clocks, acting with a repetitive regularity which had no resemblance to the rhythmic life of a natural being. They became, as the Victorian phrase put it, 'as regular as clockwork'. Only in the country districts where the natural lives of animals and plants and the elements still dominated life, did any large proportion of the population fail to succumb to the deadly tick of monotony.

At first this new attitude to time, this new regularity of life, was imposed by the clock-owning masters on the unwilling poor. The factory slave reacted in his spare time by living with a chaotic irregularity which characterised the gin-sodden slums of early nineteenth century industrialism. Men fled to the timeless world of drink or Methodist inspiration. But gradually the idea of regularity spread downwards among the workers. Nineteenth century religion and morality played their part by proclaiming the sin of 'wasting time'. The introduction of mass-produced watches and clocks in the 1850's spread time-consciousness among those who had previously merely reacted to the stimulus of the knocker-up or the factory whistle. In the church and in the school, in the office and the workshop, punctuality was held up as the greatest of the virtues.

Out of this slavish dependence on mechanical time which spread insidiously into every class in the nineteenth century there grew up the demoralising regimentation of life which characterises factory work today. The man who fails to conform faces social disapproval and economic ruin. If he is late at the factory the worker will lose his job or even, at the present day [1944 - while wartime regulations were in force], find himself in prison. Hurried meals, the regular morning and evening scramble for trains or buses, the strain of having to work to time schedules, all contribute to digestive and nervous disorders, to ruin health and shorten life.

Nor does the financial imposition of regularity tend, in the long run, to greater efficiency. Indeed, the quality of the product is usually much poorer, because the employer, regarding time as a commodity which he has to pay for, forces the operative to maintain such a speed that his work must necessarily be skimped. Quantity rather than quality becomes the criterion, the enjoyment is taken out of work itself, and the worker in his turn becomes a 'clock-watcher', concerned only when he will be able to escape to the scanty and monotonous leisure of industrial society, in which he 'kills time' by cramming in as much time-scheduled and mechanised enjoyment of cinema, radio and newspapers as his wage packet and his tiredness allow. Only if he is willing to accept of the hazards of living by his faith or his wits can the man without money avoid living as a slave to the clock.

The problem of the clock is, in general, similar to that of the machine. Mechanical time is valuable as a means of co-ordination of activities in a highly developed society, just as the machine is valuable as a means of reducing unnecessary labour to the minimum. Both are valuable for the contribution they make to the smooth running of society, and should be used insofar as they assist men to co-operate efficiently and to eliminate monotonous toil and social confusion. But neither should be allowed to dominate men's lives as they do today.

Now the movement of the clock sets the tempo men's lives - they become the servant of the concept of time which they themselves have made, and are held in fear, like Frankenstein by his own monster. In a sane and free society such an arbitrary domination of man's functions by either clock or machine would obviously be out of the question. The domination of man by the creation of man is even more ridiculous than the domination of man by man. Mechanical time would be relegated to its true function of a means of reference and co-ordination, and men would return again to a balance view of life no longer dominated by the worship of the clock. Complete liberty implies freedom from the tyranny of abstractions as well as from the rule of men.

When I was 16 or 17 I took a copy of Woodcocks 'The Anarchist Reader' from my local library. This piece was my most read entry in the book.
The book was never returned to the library and 32 years or so on, after doing the rounds of a small group of half arsed, mostly middle class 'anarchists' I believe it is in the possession of a fucking hippy residing in a tent in Wales!

Only if he is willing to accept the hazards of living by his faith or his wits can the man without money avoid living as a slave to the clock. 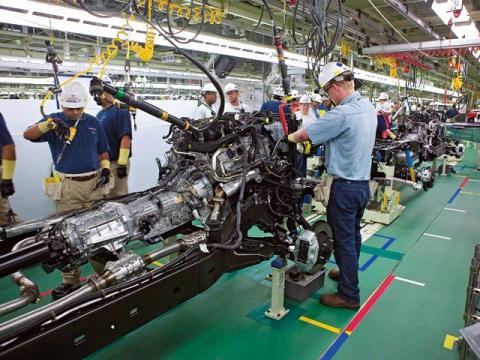 Nomura Masami on the myths of the Toyota system of management, in PDF format.
Image 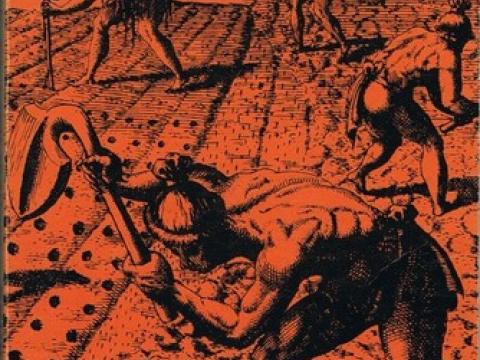 Ambitiously tackling the nature of economic life and how to study it comparatively, Stone Age Economics includes six studies which reflect the…
Image 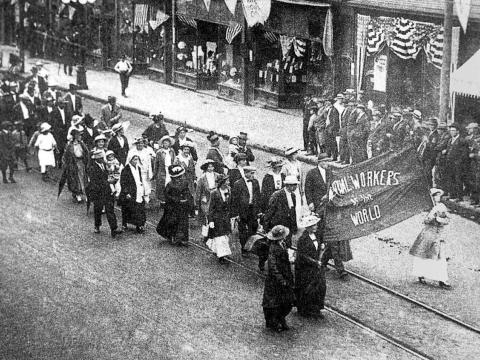