After the workers' contracts expired on Saturday, staff at the Rowan County plant went on the offensive and walked out on the evening of Monday 5 March demanding safer conditions and higher pay.

Employer Freightliner LLC announced in December it was to slash 1,200 of 4,000 jobs.

Pickets had disappeared by Wednesday, however after union representatives of the United Auto Workers (UAW) posted a message on their web site saying, "The Un-sanctioned 'strike' has been officially called off."

"We want them to know they're supposed to be at work," said Willard Beck, a UAW official who has been answering calls from Cleveland plant workers.

The Charlotte Observer reported that they also posted a copy of a day-to-day contract the union signed with the company to continue operations while the two sides negotiate.

The Observer had previously reported that demanding safer conditions and higher pay, workers were picketing Tuesday in the wake of one of the biggest recent layoffs in North Carolina.

The strike followed months of labour turmoil at the truck manufacturing plant in the town of Cleveland, 40 miles north of Charlotte. The company, citing expensive government regulations for new diesel engines.

The labour contract expired Saturday night, and workers walked out late Monday in a so-called wildcat strike, one not sanctioned by the parent, International Union, UAW. Without gaining retroactive authorization, workers might not be eligible for strike pay, among other benefits.

It wasn't clear how many workers were striking and how many opposed the strike. Company and local union officials weren't talking Tuesday.

Local Freightliner officials have referred questions to corporate headquarters in Portland, Ore. Messages left Tuesday and over several weeks with a corporate spokeswoman were not returned.

Picketing workers said talks broke down because Freightliner wanted to cut benefits and would not consider safety issues or pay increases. They said their plant, the largest in the company's fleet, is the most profitable but has the lowest pay and benefits. The workers make larger long-haul or sleeper trucks.

Non-skilled assembly line workers top out at $22.30 an hour, or an annual salary of $46,384 based on a 40-hour work week, said several of the picketing workers, who wouldn't give their full names. Workers at the freightliner plant in Mount Holly, where smaller trucks are made, make a higher wage and have state-of-the-art equipment, the strikers claimed. Several of the workers said that their massive plant does not have an adequate ventilation system and instead relies on large fans.

The strike comes as the plant experiences a production lull and is about to start a usual three-week shutdown period, the workers said.

In December, Freightliner announced the massive layoffs, which were to take effect Sunday. The company then said they resulted from new federal diesel emissions standards that forced it to add expensive technology to the long-haul trucks, hurting sales.

State officials believe the Rowan layoff is the largest single North Carolina job cut since textile giant Pillowtex Corp. of Kannapolis closed in 2003, wiping out more than 4,000 jobs in Cabarrus and Rowan counties.

Large strikes in the Carolinas are rare compared with other parts of the country, in large part because the rates of unionization are so low. In 2006, South Carolina and North Carolina tied for having the lowest percentage of workers in a union, according to the Bureau of Labor Statistics.

In each state, just 3.3 percent of workers belonged to a union. Nationally, the figure was 12 percent.

List of recent large strikes
1998 Nearly 1,500 Continental General Tire workers in Charlotte go on strike before reaching a new contract nearly a year later. The plant laid off nearly all of its remaining workers in 2006, when it stopped making tires in Charlotte.

1992 Nearly 1,100 mechanics at USAir's Charlotte maintenance base participated in a six-day strike against the airline, now known as US Airways. 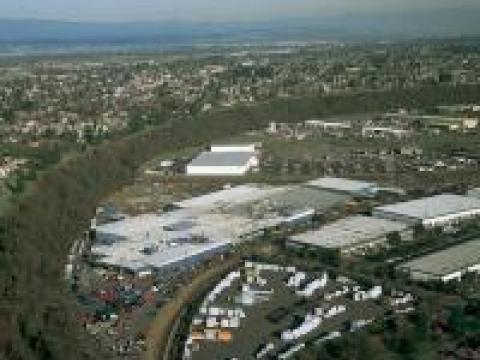 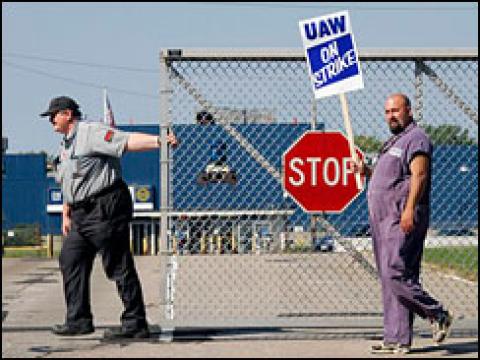