Libcom's archive of the "University Worker" weekly bulletins produced by Notes from Below for the 2018 lecturers nationwide pension strike.

See below for a .pdf of each issue.

A podcast discussion of the bulletin can be listened to here.

Look see at some point. Always appreciate seinf this stuff. Thanx for posting

Thanks for posting that up, R.

Issue 4 now up at: http://www.notesfrombelow.org/article/university-worker-week-4

I wonder what people make of the Notes From Below post strike defeat suggestions for maintaining the 'fighting spirit ' and militant links forged during the strike here:
http://www.notesfrombelow.org/article/post-strike-proposal
which seem to be endorsement of falling back on a traditional UCU rank and file democratisation agenda mixed in with a couple of unrelated dual union suggestions??

There are some explanations of how and why the poor deal was eventually accepted by the majority of the UCU members here;
http://afed.org.uk/university-pensions-post-strike-ballot-result-is-a-poor-deal-for-workers/
but doesn't say much about organising for the future as such.

So this third 'after strike' set of comments seems more interesting in so far as there is maybe a potential basis for future action across the academic/non-academic and union divisions?
https://www.weareplanc.org/blog/he-strike-what-next/

If you're feeling nostalgic for the exciting days of March this year, you can listen to a (frustratingly quiet) discussion of the bulletin here.

For anyone who's interested, people are now trying to relaunch this as a blog:

One important step in that process will be the sharing of ideas, debates, and discussions relating to union business and industrial struggle within the post-16 education sector. It is for this purpose that we are re-launching the University and College Worker, this time as a blog to help facilitate this process. Born in the 2018 USS strike as The University Worker, it was a bulletin that published accounts by workers about the strike locally and encouraged the sharing of ideas and tactics between different local activists. It was the also a facebook group which brought together thousands of union members and was at the origin of the 11,000 strong petition that opposed the selling out of the strike half way through by Hunt’s leadership. This bulletin will not be the solution to the lack of an existing rank and file network, nor does it claim to become it in the future, but we hope that it can become a platform for debate on strategy and tactics, a place for university and college workers to share reports from their local campaigns and build connections nationally, and re-energise member engagement with the union outside of elections.

I note that there are now further attempts to undermine the Local Government Pensions for non-academic staff as reported here:
https://www.unison.org.uk/news/article/2019/06/conference-agrees-fight-changes-lgps/

Going to be a strike ballot starting over pay, which I think is a joint one between UCU and the non-academic staff unions (Unite, Unison, GMB etc): https://www.ucu.org.uk/he2019 Hard to find much about it though. Looking at my post above, it would be helpful if the promised relaunch of the University and College Worker had actually happened, which there doesn't seem to be much sign of at the moment...

Another view on the current strikes from the ACG here;
https://anarchistcommunism.org/2020/02/29/the-acgs-rebel-education-worker-issue-1-is-out

Nice! Although as a small bit of feedback, with a double-sided A5 leaflet, I would have thought that doing it as "two A-sides"/"two B-sides" would make printing a bit easier, if that makes sense?

Aaaalso, was thinking of posting this in the general UCU strikes thread anyway, but, on this bit:
"We have to consider how we have been forced to take action alone. UNISON and Unite’s failure to win ballots seriously undermined the fight. Despite 66% of UNISON’s Higher Education members voting for strike action, the failure to reach the 50% threshold meant that their 50,000 members have been crossing picket lines since the beginning of this strike. Unite’s members have been doing the same after they managed only a 32.1.% turn out for their pay ballot, albeit with a 73.3% vote for strike action. Both unions called for a Yes vote but on the ground mobilisation was patchy and in some areas very limited.
The impact of the non-involvement of these Higher Education workers cannot be underestimated. Without the kind of workers that these unions organise, the administrative staff, the technicians, the in-house cleaners, the security and maintenance staff, the University grinds to a halt. We have, without them, been unable to do this. There needs to be, amongst these workers, a rank and file movement that can overcome the inertia.
The move towards disaggregated ballots by UCU has re-sulted in a significant number of branches exceeding the turnout threshold, if other unions are serious about mobilising for strike action they need to re-consider their industrial strategy."

I actually have some news to share, a Unison conference has just voted to disaggregate future HE ballots, as reported here: https://spineless.uk/unison-votes-to-disaggregate-higher-education-ballots/ So in future we could see more Unison branches striking alongside UCU if they can pass the threshold at a local level, if the exec obeys the conference's decision, which I think they're not strictly required to do. Also, I believe there's been talk of scrapping the consultative ballot, so Unison members would just have to vote once, rather than making everyone vote in a toothless hypothetical ballot and then trying to motivate them to vote again on the same question, although it seems like there's been a bit more pushback from the Unison bureaucracy on that one.

Also, I'd never seen that Spineless site before, but it looks to be a pretty decent student site based at Lancaster, and turns out they're also making their own local strike bulletins too: https://spineless.uk/strike-bulletins/

Btw, is the Deliveroo flyer linked there for any specific event? I've not kept up with Deliveroo stuff lately.

It was for an intervention in Liverpool, but was written in a way so that it could be distributed at other events.

Ah, thinking about it I had in fact seen that as part of the original article, I think it was just seeing it in that post that made me think it might be for something new. Also, I don't know much about the Branch Solidarity Network, but they've got a very good set of practical resources here - some would probably be worth adding to the library at some point.

The University Worker is a rank-and-file bulletin produced by academic workers. 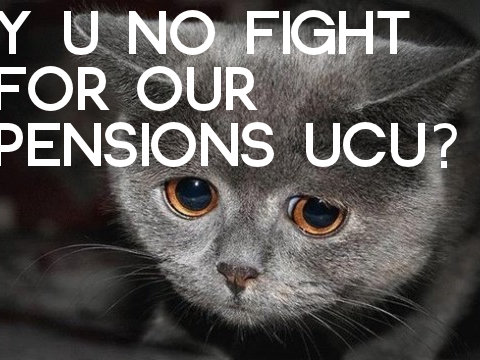 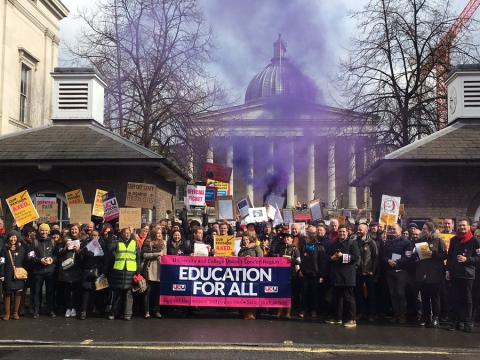 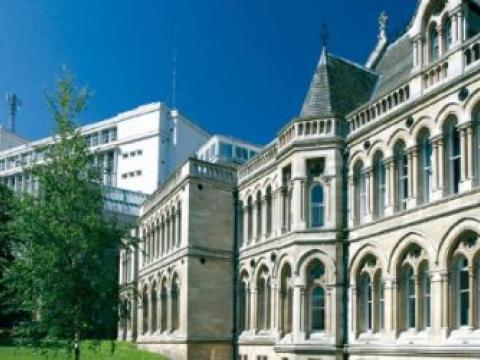 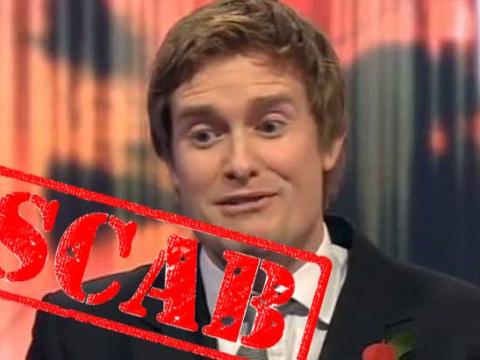