US Rio Tinto miners demand end to lock out

International trade unions will protest against the unfair treatment of hundreds of Rio Tinto miners this morning at the company's annual general meeting in London.

Hundreds of miners and their families are being forced to survive on unemployment insurance and charitable donations since British-owned mining giant Rio Tinto locked the workers out of its Borax mine in Boron, California in January this year.

Rio Tinto retaliated when the miners refused to accept the company's concessionary contract ultimatum, which would give the company the right to convert good jobs into temporary, part-time or outsourced positions.

The skilled employees, many of whom are the second or third generation in their families to work at the mine, are disgusted by Rio's move to replace them with workers from its other facilities and with contract workers supplied by a notorious union-busting company.

Dave Irish, one of the locked out miners, said: "Rio is trying to starve us into submission when all we want is decent jobs to support our families. What happens to us in the United States could happen anywhere if we don't stand together, so we hope our fellow trade unionists will help us fight for justice."

Mr Irish is in London in April with the International Longshore and Warehouse Union (ILWU) to urge shareholders at Rio's AGM to persuade the company to respect the law by ending the lock out and negotiating a fair contract with its employees.

This is not the first time that Rio Tinto has failed to live up to the values expressed in its global code of business conduct. Four Rio Tinto executives were found guilty of bribery and commercial espionage by a Chinese court at the end of March.

The company has long been criticised for abusing human rights and the environment across the globe, including a case against it by residents of Bougainville, Papua New Guinea, accusing it of complicity in human rights abuses by the operation of its copper-gold mine.

Polly Jones, international officer at UNISON said: "I urge UNISON members to show their solidarity with the Rio Tinto mine workers and join the London demonstration.

"The strength of the international trade union movement is shown when we can take action here to defend workers in California."
http://boraxminers.com/
http://www.ilwu.org/

The company as stock in London, and apparently they had a day of action,but Unison only uploaded the news piece on the day prior. I have emailed them and see if any future actions can be planned.

WSA members visted the strikers recently. It's a tough fight. We'll keep you posted from this end.

I talked to a union member and an activist from Boron at the LA rally. He said the lockout is most likely illegal and they expect the court to finish deciding this by June or July. At that point they should be able to return to work under the old contract until a new one is negotiated.

If anyone has information (or links) about lockouts and legal cases against lockouts in the USA courts please post it here or PM me.

I am assuming your arguing from a technicality rather than a point of view of strategy.

What do you mean?

Its not a good strategy to rely on the courts, for a number of clearly obvious reasons.

Ok, I see. I was just reporting what one of the workers said. I don't think it's a good idea at all, but I'd like to understand how these things have worked out in the past. 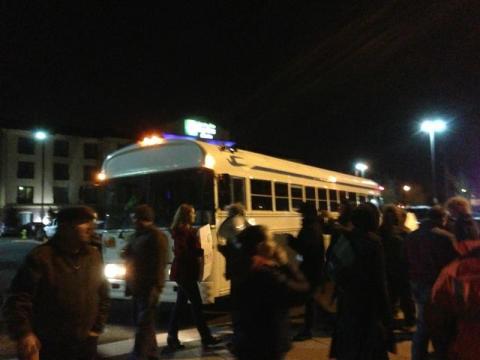 On February 26th, 2014, 30 community members and Union supporters confronted and temporarily stalled a bus transporting a scab workforce to the… 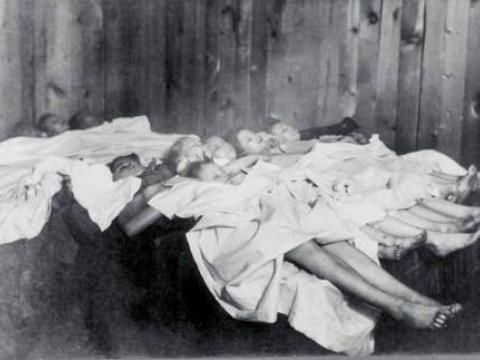 A short history of the biggest mass murder in Michigan history: the massacre of 73 people, mostly the children of striking miners at a Christmas… 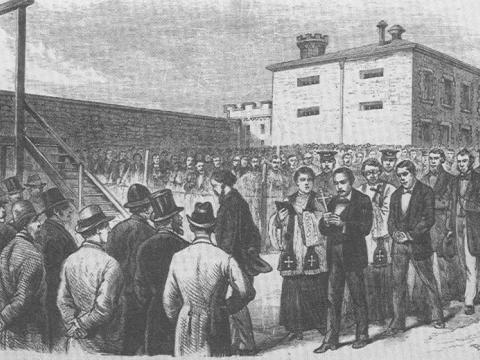 Louis Adamic's history of the Molly Maguires: a secret society of Irish-born mine workers in the US who terrorised the exploitative mine bosses…