The Weakening of the Work Ethic - Root & Branch

A short 1978 article looking at the anti-work attitudes of Blacks, vets, and “freaks.”
Published in issue #5 of Root & Branch, a US Libertarian Socialist journal.

The work ethic, like all other ethics, grows out of peoples’ living situations. In societies where most peoples’ choices boil down to either starvation or being worked like a beast of burden, work comes to be seen as a virtue as well as an absolute necessity. That people must spend most of their lives numbed by both the routine and regimen of work as well as by physical exhaustion appears normal. When the capitalist system in this country began to afford some upward mobility to large numbers of workers so they could rise to the level of prosperity the ideologues of sociology see fit to describe as “middle class,” the work ethic was strengthened. Now hard work was not only a necessity but also was seen by most workers as a means to a truly better life, if not for themselves at least for their children. The capitalist class, the employers whose system is held together from day to day by the acceptance of hard work with long hours as both a necessity and a virtue, might have thought this rosy situation would last forever. Sure, the workers sometimes went on strike. Sometimes they even rebelled, but only under unusual and exceptional circumstances. As a norm they acquiesced and obeyed from day to day and saw it as in their interest to do so. Why should a new generation of workers rock the boat? Three different groups each had their own reasons.

For some layers of the American working class, minorities in particular, the American dream was too unrealistic to get the majority dreaming. Blacks never did get that mule and forty acres. Before the Great Depression, when work and mere survival went hand and hand, because social benefits were nonexistent, one can speculate that the work ethic was even stronger among blacks than whites. Blacks had to work even harder than whites merely to survive. But in the post-depression era when hard work meant a sharp rise in the standard of living for many white workers, black workers were overwhelmingly kept in the less desirable and lower paying positions. Not surprisingly, enthusiasm for hard work among many blacks dropped in proportion to their being excluded from its supposed rewards. The strong work ethic of black parents was frequently transformed into a strong anti-work ethic among their disillusioned children. When the Black Pride movement became widespread, accepting discipline from (mostly white) supervisors became not only more difficult, but was seen by many as a sign of cowardice or betrayal.

Soldiers never happily accept discipline whether or not they are in a combat situation. Obedience is a pain in the ass and gets old fast for even the most gung-ho. But however evil military regimentation and discipline might have been, they used to be accepted because they were seen as absolutely necessary evils by World War II and Korean War era troops. And why not? The overwhelming majority of the troops during World War II believed that an Axis victory would mean conquest and enslavement of the U.S. and with it them, their families and loved ones. Similarly, in the Korean War the enemy was seen as monolithic “Communism” which had just conquered Eastern Europe and China and was steadily marching toward our shores. After years of voluntarily accepting discipline soldiers got used to it. And when they returned to civilian life they were considered by prospective employers to be ideal recruits for the discipline of the workplace. Then came the Vietnam War and people responded differently. The war was unpopular from the beginning and soon there was massive resistance to it and the draft within the U.S. itself. With individuals being drafted not for the duration but rather for only two years, it wasn’t long before thousands of anti-war youths were drafted and spreading their ideas inside the military. The more the war dragged on, the more dissatisfaction grew among increasing numbers of troops, who began to see the war as unwinnable, wrong, or both and certainly not worth killing for. Even those soldiers who continued to support the government's objectives in theory became rebellious in practice. While the much ballyhooed "fraggings" (assassinations of NCOs and officers) were rare, virtually every other kind of indiscipline, whether subtle or blatant, both individual and collective, became common. And like their fathers before them, returning vets continued to bring attitudes learned in the military home with them to civilian life and the workplace.

Youth culture and youth rebellion began around the same time as the anti-war movement and overlapped and grew with it. “Freaks” as they came to be known, proudly adopting the slur directed against them by “straight” society, were by no means a homogeneous group. But most had in common several likes, including rock music, marijuana, a non-acquisitive lifestyle based on various forms of sharing, and several dislikes including the war, sexual constraint, and in general work, discipline, and especially work discipline. Many freaks had parents who were success stories, and this was the reason that they rejected the American dream and the way of life necessary for achieving it. Their parents worked hard, sacrificed, and got the house in the suburbs, color TV, and two cars that they thought would bring them security and happiness. Yet often they had neither. Success looked a lot like failure to the young who saw their parents as being tight-assed, isolated, docile, and afraid to live even on the weekends. Success to the freaks meant living happily, with many meaningful relationships, and doing it seven days a week. Taking flack from authority of any kind was out of the question. Time never stands still however, and even the freaks grew up, got married and raised families, as well as accepted their own form of commercialism. This meant accepting jobs and to some extent discipline, and eventually fading away as a separate group. But they left their imprint on the work place with their rejection of the lifestyle of obedience.

I have briefly dealt with three groups of people and why they tended in the late 1960’s and through the 1970’s to be less willing to accept the work-related norms of the larger society. In fact these were not distinctly separate groups as one can be both black and a Vietnam veteran, both a vet and a freak, etc. There was rather a mesh of people, generally young, who identified with one another for many reasons including a shared hatred for authority, externally imposed rules, and discipline, who merged together and who remain as a mass of discontented workers who have infected others on the job with their discontent. This is not surprising since the standard of living has been dropping for years. While few workers are in any type of open rebellion, many do resist the regimen of the work place, and many more, who once took pride in their work and accepted their place, now frankly don't give a shit.

While conclusions must remain tentative, several points of interest emerge from this situation. (1) Anti-work ethic and work discipline attitudes have manifested themselves in a partial rejection of work. Living off of unemployment or welfare checks, once strongly stigmatized, is now increasingly acceptable. Absenteeism is rising sharply for those who do have a full-time job. The control that the bosses have over workers on the job has been greatly weakened. (2) It is not clear how the present economic crisis will affect this situation. The cutbacks in social services and lowered standard of living in general, make it much more difficult for even people supporting just themselves to live without working a forty hour week. Hard times make losing one’s job a much more serious affair. The balance of power is gradually shifting back in favor of the bosses (3) But in spite of these setbacks, workers continue to resist and will continue to modify their resistance to keep it appropriate for the situation as it changes. (4) The acceptance of hard work and long hours without complaint as natural and the acceptance of “pride in one's work” ideology are things of the past for millions of workers.

The acceptance of hard work and long hours without complaint as natural and the acceptance of “pride in one's work” ideology are things of the past for millions of workers. 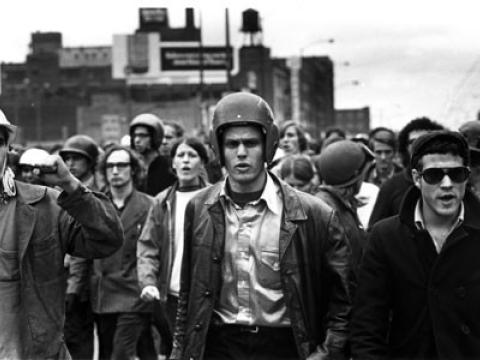 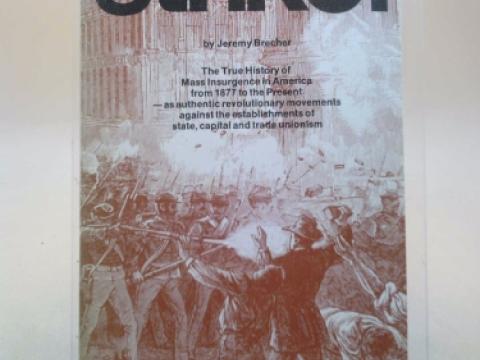 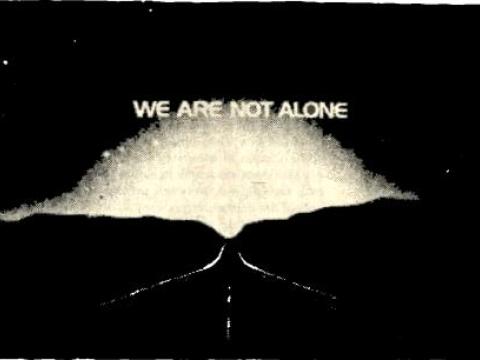 Root & Branch, a US Libertarian Socialist journal, relaunched in 1978. Here they outline their…