The Anarcho-Syndicalist Initiative from Romania is an anarchist project, more accurately – an anarcho-syndicalist project, initiated in order to promote the principles of revolutionary syndicalism.

Which are our objectives?

Our objectives are to initiate a criticism of the current labor unions that are operating on the labour market and which are run in an undemocratic manner, to make known libertarian ideas, to solidarize with the working class and other oppressed social groups under the current system and to contribute for the formation of an anarcho-syndicalist movement in Romania.

What exactly is A.S.I.R. and in what direction does it tend to develop ?

Currently we try to promote our project publishing a newsletter. This newsletter has the role of making our position clear about the syndicalist movement, to define , for those interested, the principles that form the basis of our initiative and to indicate the model of social and economical organization according to libertarian principles.
The A.S.I.R. collective has also into account the participation at social actions in order to assure an anarchist presence among syndicalists at protests and marches, among minorities of any kind that claim a proper status in society and, generally, wherever there are to be found actions that intend to produce changes in order to emancipate the society form the tyranny of the state , of capitalism or religion.

The Anarcho-Syndicalist Initiative tends to be a part of the International Workers Association, with whose statutes and principles we identify ourselves. This adhesion is mostly due to the awareness and importance of international solidarity. We believe that joining such an organization should contribute to a better assimilation of ideas among members of A.S.I.R. that will find a source of inspiration from the long tradition of the existence of this organization.

What is the motivation for such a project and what does it tend to accomplish?

Today’s society is divided among social classes, between those who dominate and those who are dominated. Starting from the conviction that the privileges of some are the source of abuse and injustice, we identify wherever there is hierarchy and authority – the source of evil in the society in which we live.

These forms of illegitimate social existence inherently are those that lead our destinies.

Thus the State, capitalism and religion – should be subject of scrutiny in order to certify if the authority exercised by them meets the conditions that should be established as the basis of our society.

We believe that more than often it does not and their actions turn against all of us, our history is but a long train of abuses and usurpation's, made by those endowed with authority.

Thus the State is in charge of controlling the education, of inoculating obedience in order to conserve power and of promoting unhindered the interests of the ruling class, capitalism is responsible for creating an unequal and unjust economical society , religion is accountable for imposing their dogmas as being absolute truths and to make the social misery to be ignored.

All this make possible the arbitrary decisions made by some against others, directly or indirectly.

Given the above, we are fighting for a society organized horizontally, based on the non-hierarchical principle , composed of a network of voluntary associations, coordinated by direct democracy, that cooperate among themselves in accordance with the principles of libertarian communism.

In this sense, we consider anarcho-syndicalism the best suited model of organization, beginning from the workplace where we have the power to exchange ideas, where we can make us heard and where we can act and continuing into other realms of social networking.

Homepage of ASIR can be reached here: 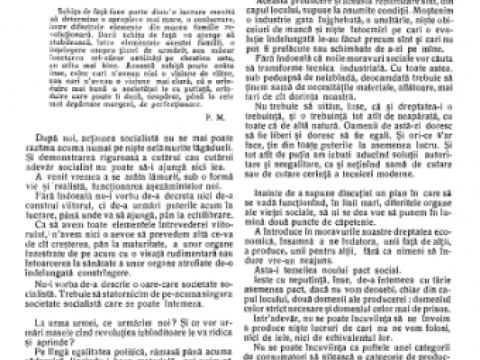 "Ideas Magazine" run by Panait Musoiu, was one of the longest running anarchist publications in… 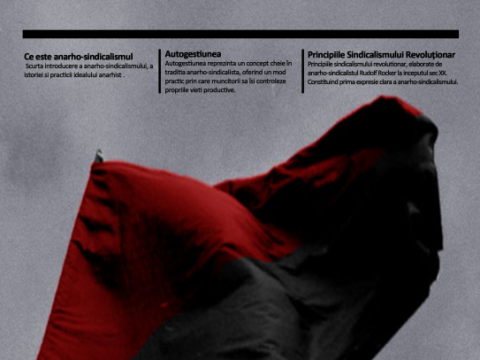