What happened in Edmonton this week: an appeal for solidarity from a letter carrier in Edmonton

An appeal for solidarity from a letter carrier in Edmonton to other postal workers at Canada Post in response to creeping management disciplinary letters.

For over three years now Canada Post Corporation has embarked on a project that they call “Postal Transformation”, or the “The Modern Post”. This experiment has taken a public institution that made hundreds of millions in profits for the Canadian public and driven to the point of ruin. There were countless minor confrontations over this issue, with some stewards taking a courageous stand and refusing, countless carriers sneaking the mail into their cases and many, many management staff choosing to turn a blind eye to the sortation methods.

Then came the Burkett decision. In that decision it was unequivocally stated that the method was unsafe and that our field of vision was impaired. At that point many carriers felt it was time to use their right to refuse under the collective agreement. The longer Canada Post Corporation holds off on allowing carriers to sort in their mail, at their cases into one bundle, the more people will get hurt.

Where we stand now:

Since the arbitration decision the movement has been growing, and so has management’s resistance. Postal workers have been meeting on the floor under their own organization and direction and voting by a show of hands to sort in their sequenced mail. Hundreds of carriers in Edmonton have faced down management and walked passed bosses guarding their mail in order to sort it into their cases. The first disciplinary letters hit the floor today at one of the strongest depots, Edmonton Downtown Depot, and it is clear that management intends to escalate here.

An Appeal for Solidarity from those who work at Canada Post:

We can only hold the line for so long. Canada Post Corporation is being beyond dramatic when they say that these actions, that do not delay the mail, and are in no ways a strike amount to an illegal strike. It is clear they intend to stop this the way they know best, by being heavy handed and confrontational and through intimidation. Please call on every level of the union to support our struggle but please also take the initiative, don’t wait for permission. Take action.

Please relay this information to your workfloor and call a meeting on your coffee break. If you are letter carriers working under the PT system take a vote to sort your mail in. If you do not work delivering two bundles or delivering at all discuss other ways you can pressure management to come to their senses. Be creative but express solidarity.

For those of us who don't work at Canada Post, could you explain a bit more about what is going on here? Is there a new method for sorting post management are trying to impose which basically means people have to carry too much?

Ill put out more info as it comes, this was more of an immediate thing directed at postal workers. It also basicqlly took down Recomp due to bandwith issues

Correction: It ended up being some picture that people were downloading like crazy that brought down Recomp. SMH 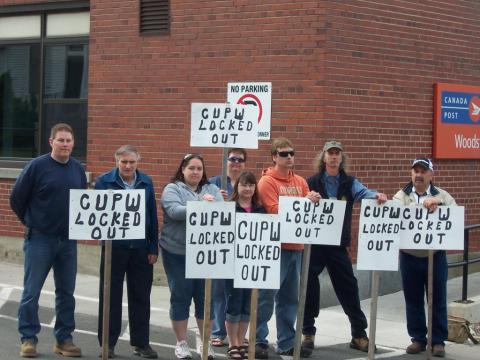 Stories from the CUPW Lock Out: or how to create a story that can reshape who we are and how we act

This story by our friend Bruce is reprinted from Linchpin, the publication of our…
Image 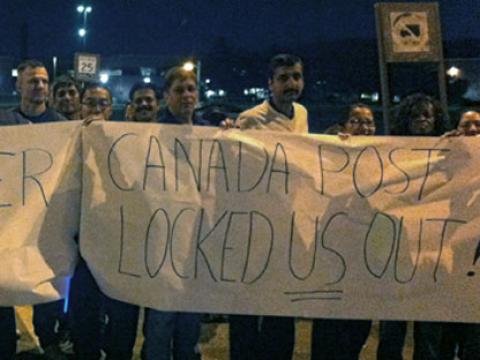 Following weeks of rolling strike action, Canada Post locked out its 50,000 workers on the night of 14 June. Here follows an exciting personal…
Image 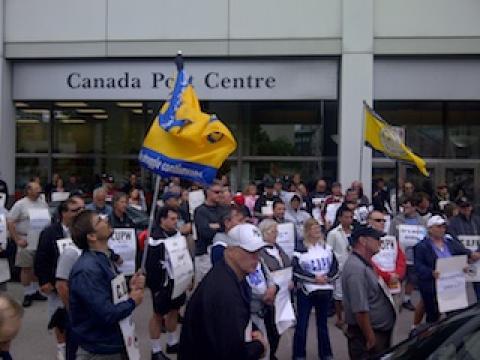 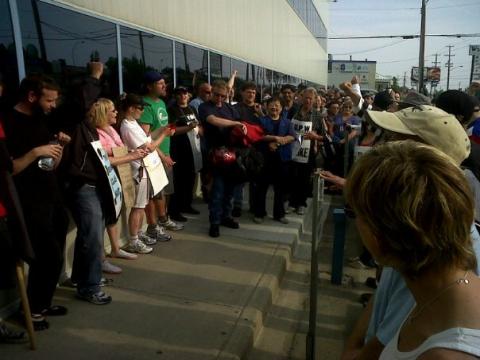