What now? Fighting austerity in a hung parliament

Whatever the result of the general election, we need to be building a movement capable of creating a better world.

Whether it's to wrest reforms from a minority Labour government, or defend ourselves against the onslaught of an increased majority for Theresa May, politics happens in our everyday lives through the wage relationship at work and the state outside it. Organising in our workplaces and communities is essential to building a movement that can transform society, regardless of the electoral cycle.

There are groups already doing that in the UK, right now. Local solidarity groups, national campaigns, radical media and archival projects, anarcho-syndicalist and revolutionary unions all exist and welcome new members and volunteers.

We list some of these below, pick one and figure out how to join or support them.

You can join SolFed from anywhere in the UK. They organise retail/food service workers against wage theft and more. 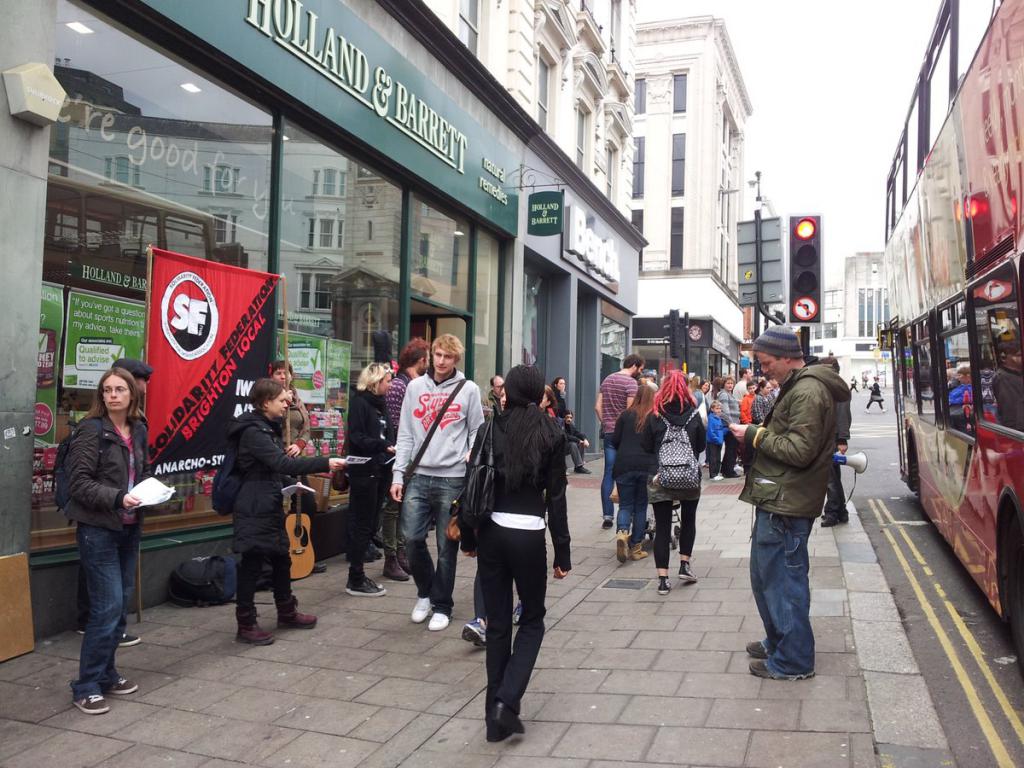 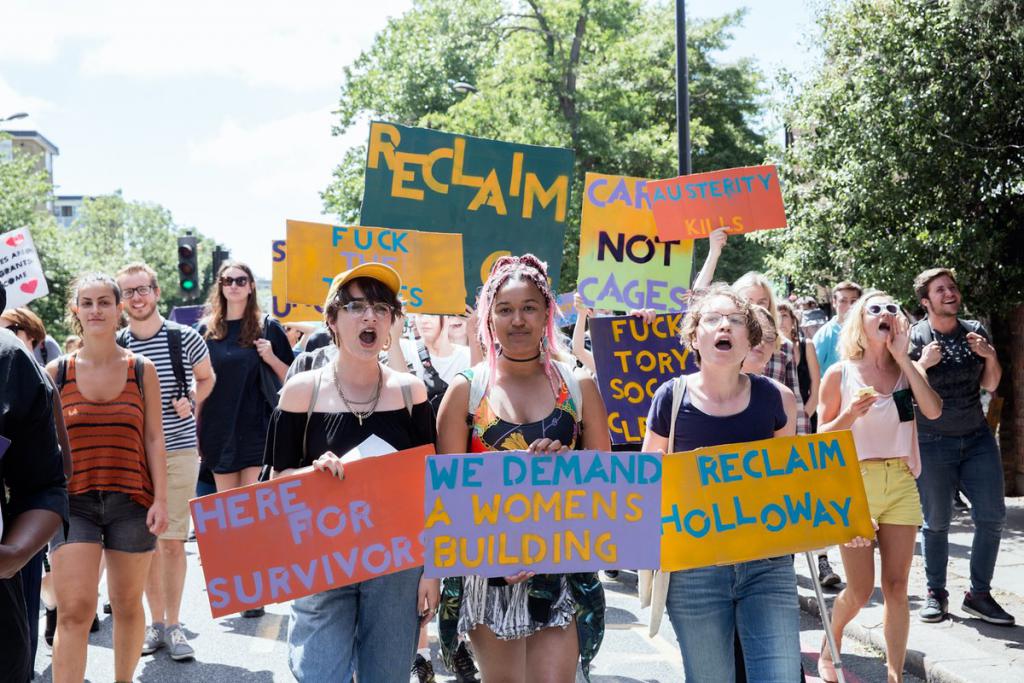 The IWW is a revolutionary union that currently focuses on organising precarious workers (but membership is open to all who agree with the preamble). They've had some successes recently with the Deliveroo strikes. 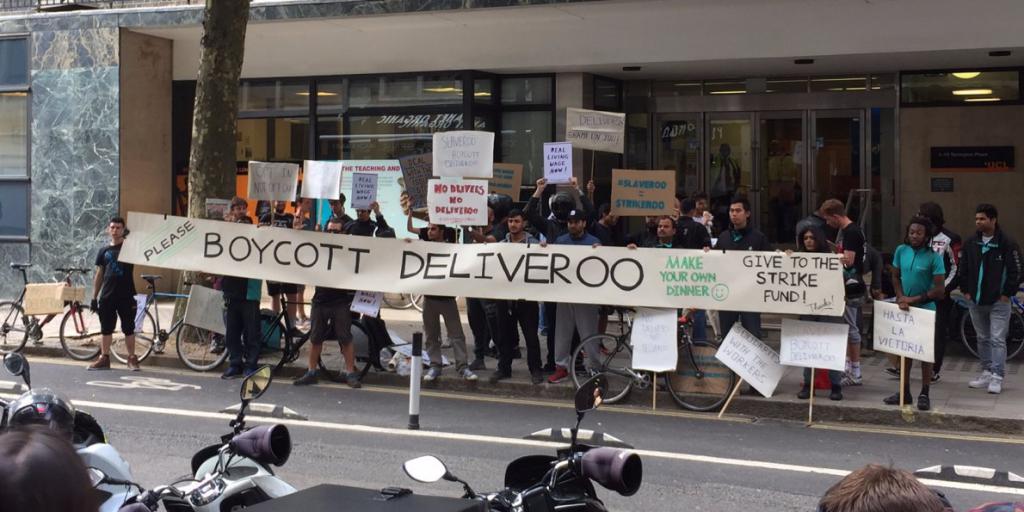 Immigration enforcement vans regularly disrupted. @AntiRaids spreads information on the location of raids and attempts to disrupt them. This is the start of the pipeline for the deportation and detention system, although there's also a funnel into the deportation system that's contested by organisations in this list. 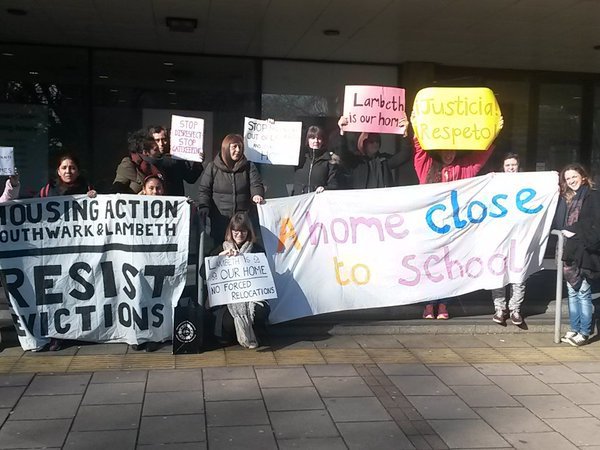 @schools_abc is organising a boycott against the schools census immigration data collection. Already withdrawn for 2-5 year olds, the campaign to stop collection for 5-18 year olds is ongoing. 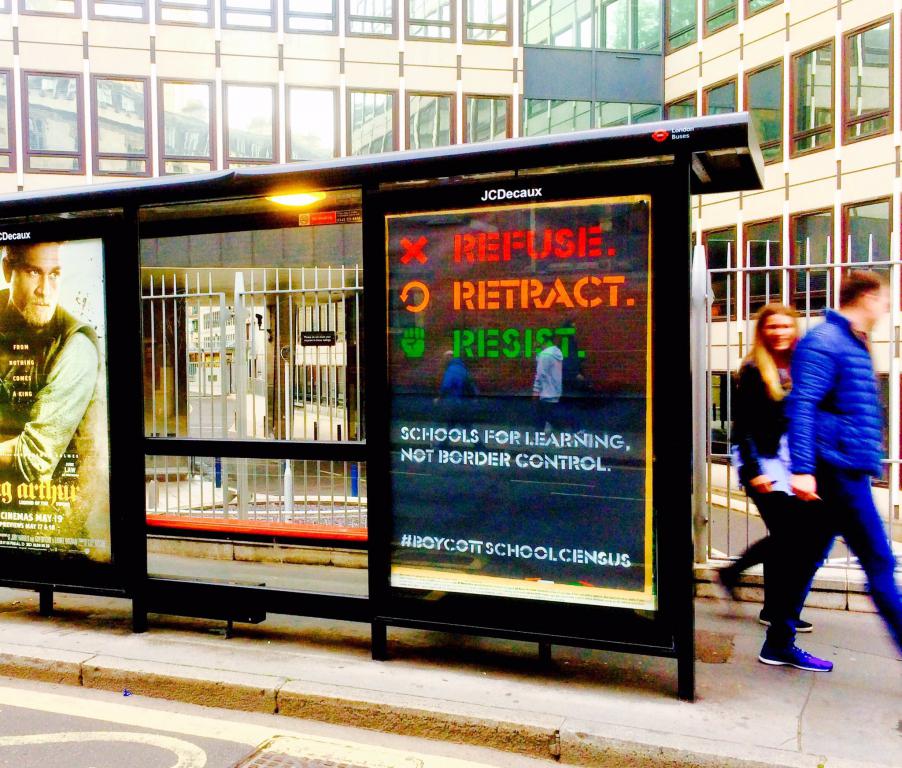 Cleaners at the London School of Economics have been on strike for weeks, organising with @UVWunion. 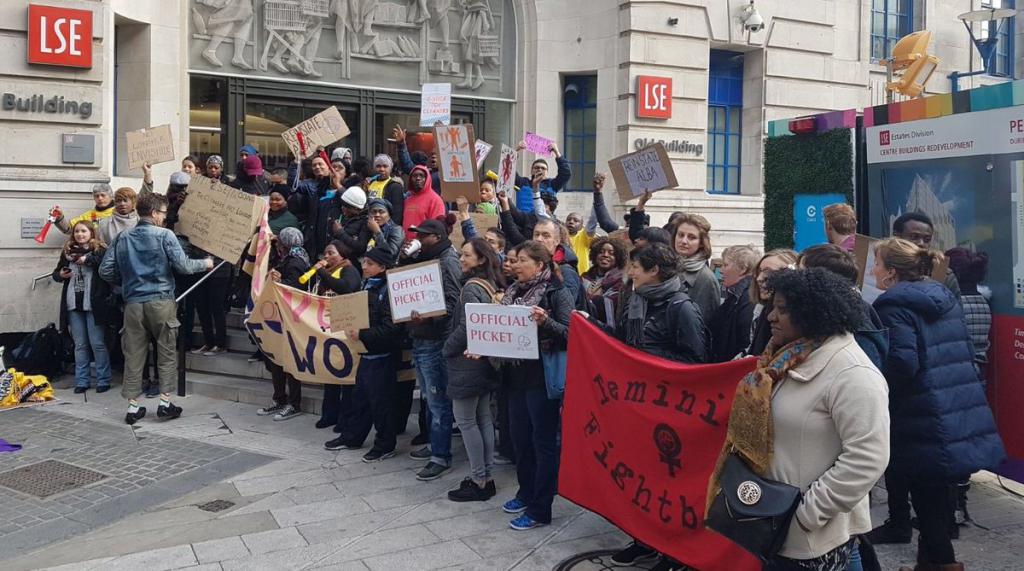 Cleaners at LSE organising for better pay and conditions with @UVWunion.

Border controls are being expanded into basic services like the NHS, but @DocsNotCops are organising against this by refusing to implement immigration checks for pre-charging. 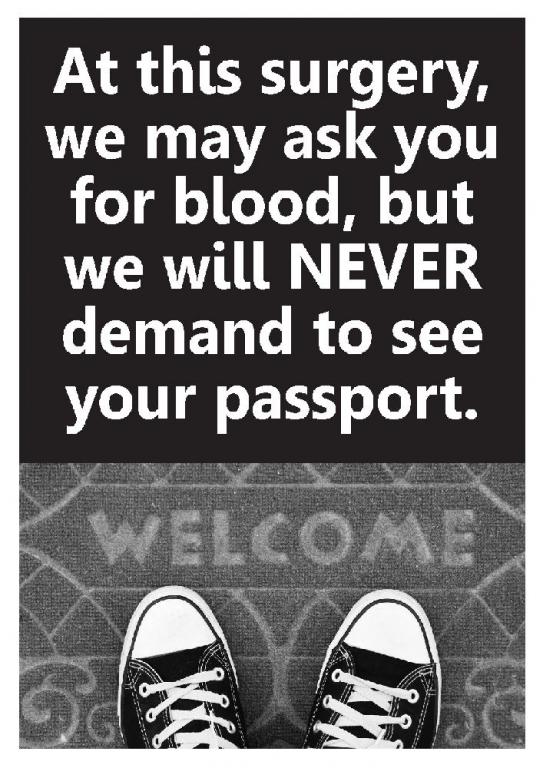 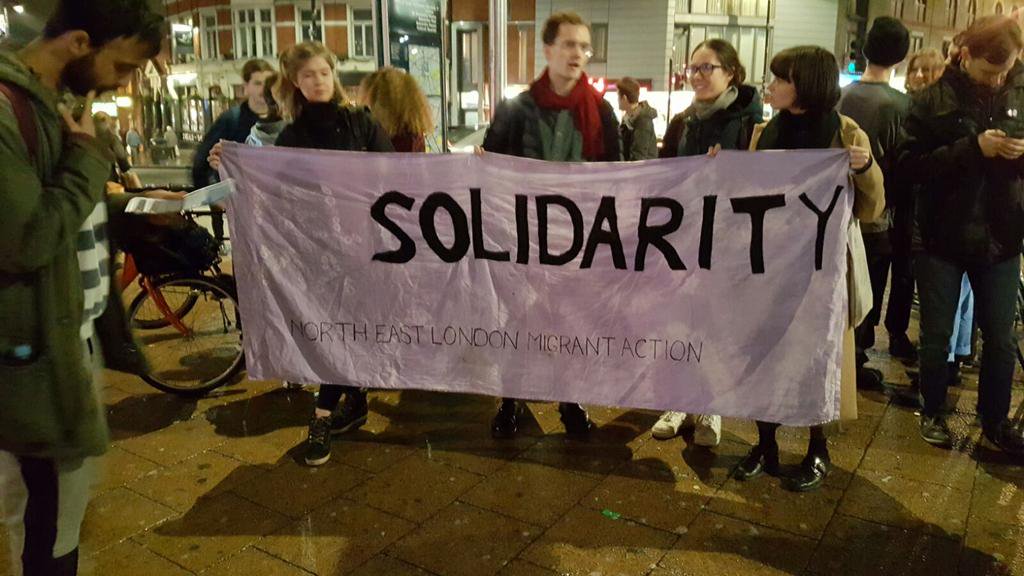 The Unity Centre in Glasgow provides practical support and solidarity to migrants in Glasgow. They also need funds! You can donate from anywhere. 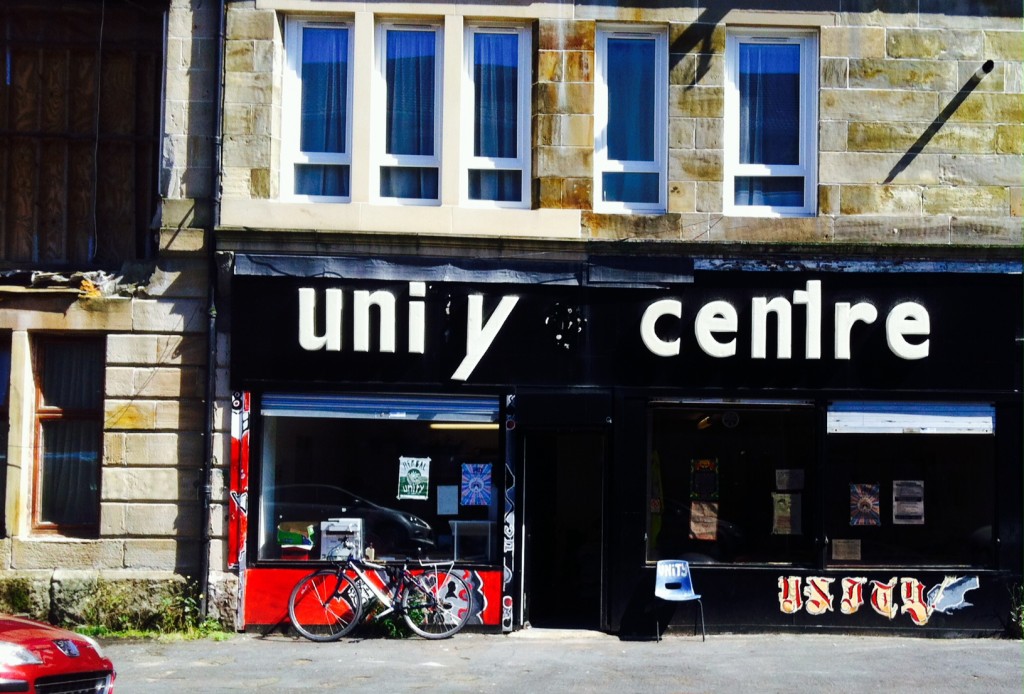 Lesbians and Gays Support the Migrants 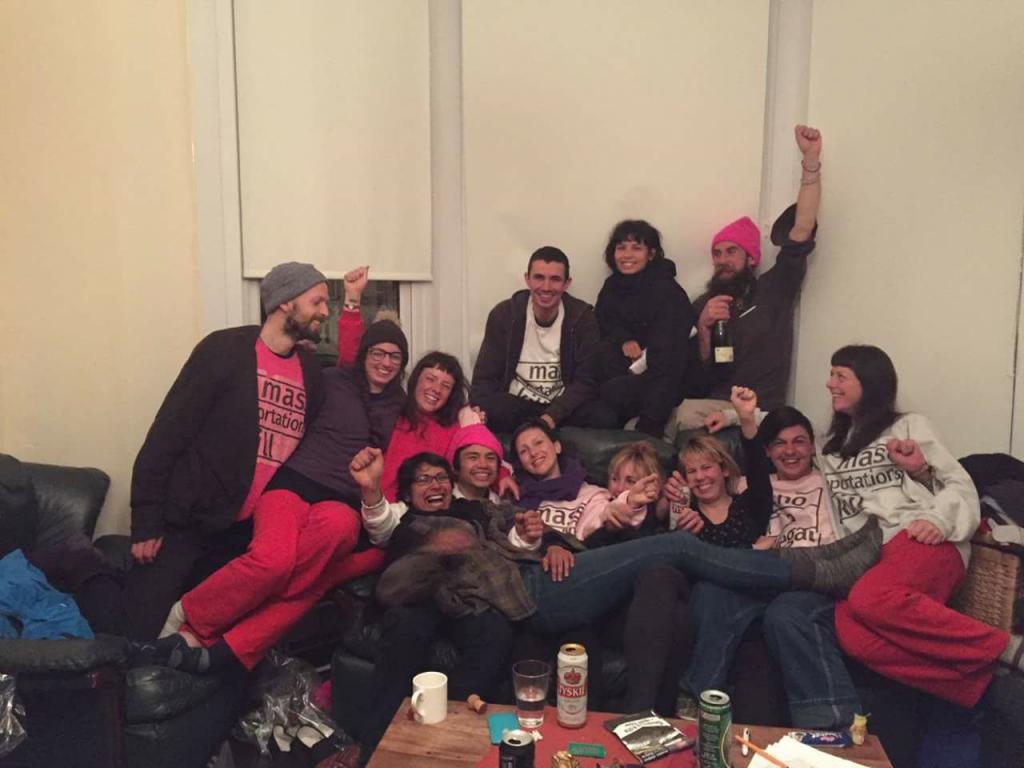 Homes Not Borders campaign against the 'hostile environment' right to rent scheme, part of the current extension of border controls everywhere in society. 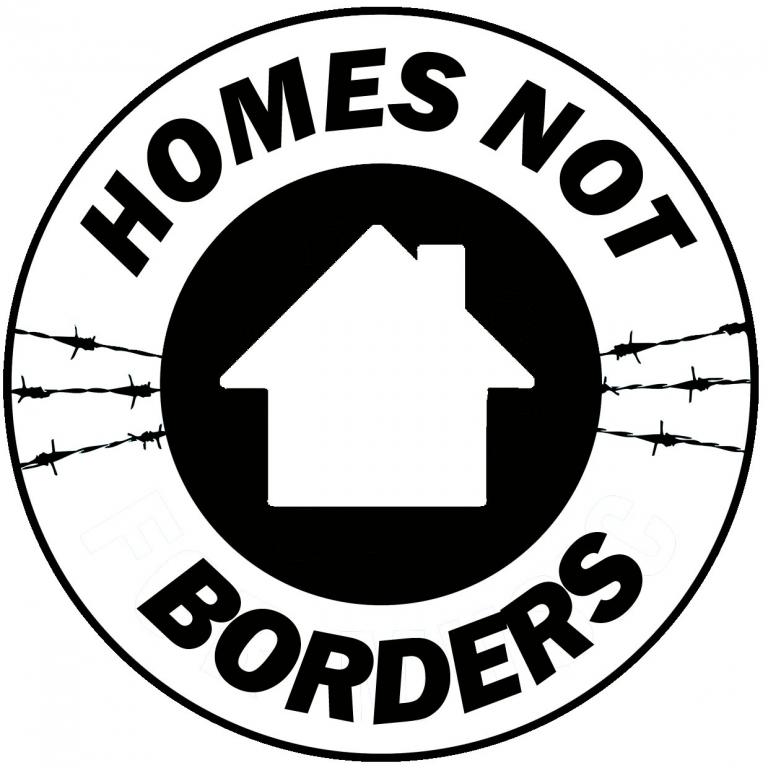 Adapted from our running twitter thread on election day.

When one "cause" becomes more important that the others, there always begin a division and separation because the "cause" itself is the cause of differences, and makes it favorable for the elite to select a side to cover their identity. We need a universal movement that encompasses all these "cause" that creates this segmentation of the Left, we really need to focus on the working class and really learn their nature, their characters, their principles in life. The working class don't need our sympathy or pity, they all mean nothing, just a hypocrites viewpoint of the elites. Become one of us is all they want.

''they'', ''they'' ''their'' ''their'' or a multifaceted ''we'' ''we'' We can guess at what sarda might mean but 'they' don't post very helpful explanations. A working class 'unity' can neither be proclaimed nor discovered by some external scientific investigation into ''the working class'' as a separate entity from ourselves, but can only emerge through a process of conflict, argument, and clarification in the process of struggle that includes us. Oh no I'm starting to talk the same way as sarda - better stop now!
The above libcom list are just some examples of actual baseline organising around specific material problems people face now - I don't think anyone thinks that such separate initiatives are in themselves a solution to the inter-related problems of working class life in a crisis ridden system that requires a mass based politicised struggle of the whole class to make any significant headway but it at least demonstrates that collective struggle is still possible.

No Spikey, you're wrong, Homes not Borders, Nelma et al are definitely segmenting the left into a sort of moulding bourgeois orange. End the segmentation! May the grape of revolution ripen on the vine of universal movement!!!

And I thought I'm the only one who notice this segmentation. Makes it easy for the bourgeoisie like "how to apply divide and rule without even trying".

What the fuck are you even on about? It's not as if these groups are competing.

What the fuck are you even on about? It's not as if these groups are competing.

To whom is that question directed?

Thank fuck for that. I thought you may have thought I was serious!

There is a real issue (in terms of both objective and subjective conditions) about how separate struggles might become part of a wider class based social movement and there are dangers involved in mixing solidarity between self-organised struggles and simple reform campaign politics etc. but sarda doesn't address these with any substance. Merely making unsupported statements do not enable a serious discussion to take place.

For now the issue on "climate change" is gaining popularity that even some government leaders have adopted this to their agenda, not because there is sincerity to the issue but merely for the purpose overshadowing other issues, and for you to think these groups are not competing with each other then why form a different groups in the first place? Do you think that the ruling class have nothing to do with all of these? They will "pick" which "cause" advocacy will be more beneficial(profitable) for them, and they will make sure these groups will compete for attention.

but sarda doesn't address these with any substance.

So people who doesn't know how to put substance in their statement will not be heard. Karl Marx put a lot of "substance" in his three fat volume text but did a serious discussion between workers took place?

If the comment have no substance and is not worth a conversation then you always have the option to ignore it.

If the comment have no substance and is not worth a conversation then you always have the option to ignore it.

It's not worth a conversation because you're clearly just making up these arguments without a shred of evidence, but because of that I will call it out as nonsense.

But you're right, I should at least have tried to offer a bit more substance to my post, but for that, I will just point to Spikeymike's post.

Karl Marx put a lot of "substance" in his three fat volume text but did a serious discussion between workers took place?

Such a philosophy of immediate revolution inevitably attracted its largest following in the relatively backward regions of Europe, in those countries where the hopes of the declasses were dim, where the peasantry remained large and impoverished, and where the workers were unskilled and unorganized. In such circumstances, the abject and illiterate populace could scarcely respond to the gradualism or to the theoretical intricacies of Marxism.

That Marx mistakenly thought​ everyone would be able to read Capital is not controversial. But there is a middle ground between 1000s of pages of a critique of political economy and arguing out of your ass.

So people who doesn't know how to put substance in their statement will not be heard. Karl Marx put a lot of "substance" in his three fat volume text but did a serious discussion between workers took place?

Well, no, since only 1 volume was published during Marx's lifetime, so there wasn't much talk about the substance of vols 2 or 3, then.

And yes, because in his lifetime there was considerable discussion of the substance of Marx's analysis of capital in volume 1 among existing, and emerging working class organizations.

That discussion continued after Marx's lifetime and included issues raised, in Theories of Surplus Value, and Volume 2, among the parties of both the 2nd and 3rd Internationals, and those parties were at that time working-class organizations.

sarda, I see your point. Can you elaborate? How can you organize all of those organizations under one umbrella? Suppose iww begin to organize for all single issues and ask all to join them, is that good? If you mean political party, I don't like the idea. The best is that you elaborate, would you? 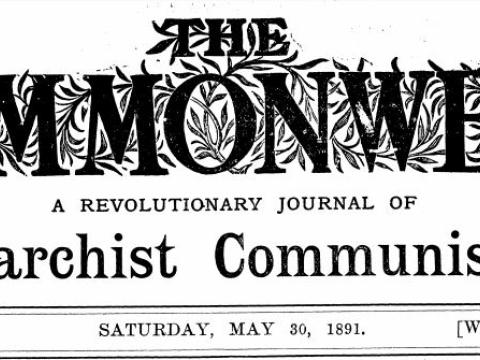 25 years of the Anarchist Federation

Published in the Anarchist Federation's twice-yearly magazine Organise! issue 77, Winter 2011, as part of the 25th anniversary issue, this… 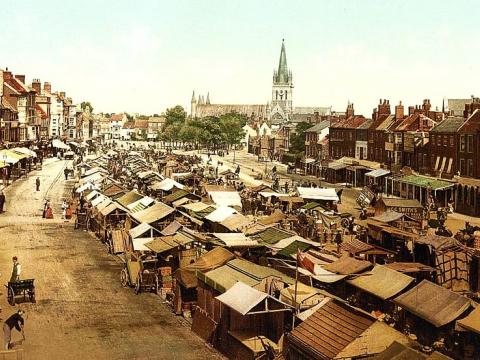 Revolt in a Norfolk seaside resort: anarchist-communism in Great Yarmouth

A short history of socialist and anarchist Yarmouth in the late 19th century. 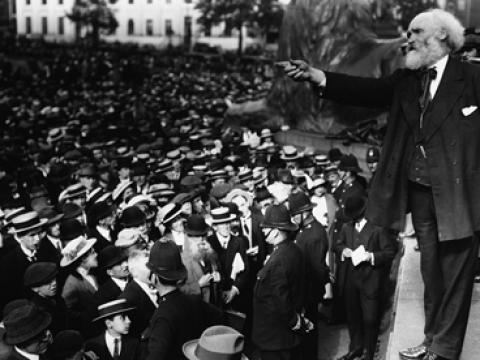