EDF, the power company, has been denounced for attacking the right to protest, after it launched a damages claim for £5 million against 21 activists. Here one of them explains what No Dash For Gas is aiming at

EDF, the power company, was denounced last week for attacking the right to protest, after it launched a damages claim for £5 million against 21 activists. The claim followed a sit-in at its West Burton power station, organised by No Dash For Gas, that forced it to shut down for a week in October-November last year. The campaigners hope not only that people will pile pressure on EDF to drop the claim, but also that their action will help create a broad movement against the “dash for gas” specifically and fossil-fuel-driven energy policy generally. The context is that energy needs to be reclaimed as a common good, Ewa Jasiewicz, one of the activists who has been sued, says in this interview.

Gabriel Levy. For people wish to support the campaign demanding that EDF drop the civil case, there is a list of very do-able things, such as signing petitions and tweeting, on the No Dash for Gas web site. But what more might people do? How would you hope the campaign might elevate?

Ewa Jasiewicz. People can get involved in organising action. They can also take direct action at various facilities and target various companies that are part of the big six [EDF, British Gas, Eon, Npower, Scottish Power and Southern & Scottish Energy, who dominate the UK power market]. They can take the initiative in doing that, as other activists have done already and did do even before our occupation and shutdown at West Burton.

There is the 1st May action, which people should all go to. It will be really pivotal, a subversion of EDF’s event, which is designed to bring energy into a corporate, private sphere and eliminate public participation and public decision making – at a time when public opinion is overwhelmingly in support of renewables over fossil fuels.

The event has been renamed “Let’s talk about people power”, to bring it back to questions of public interest and public democratic participation on energy policy. We don’t have that participation in this country. 1st May is going to be a really bold way of kicking off that debate, to put it on the map.

Another important type of engagement is to get fossil fuel companies out of sponsorship of the arts and education. Students and artists and people with an interest in the cultural life of this country have a role to play in stopping “greenwash” by companies like EDF, that are active in sponsoring things in universities. There was an action on Monday in Oxford, for example, where a recruitment event organised by EDF was disrupted by activists.

Other bigger oil and gas companies, such as BP and Shell, are also very active in sponsorship, and organisations such as Platform challenging them.

GL. You are talking about the 1st May event kicking off a debate. Presumably this debate will look at finding a way from slogans to broader perspectives. “No dash for gas” is a very clear slogan, but we need to say more ... providing people with energy is a complicated business.

EJ. Yes, providing people with energy is complicated. And we are not scientists or engineers – or rather, we are not all scientists and engineers, although some of us are! – and the question is, we need to meet the two degrees target, to limit global warming to below two degrees [i.e. to limit carbon dioxide emissions, in the way that scientists advocate, so that the increase in global average temperature does not exceed 2° centigrade]. We need to stop global warming from going past that point. Can that be done by burning more fossil fuels? No, it can not.

So the point of departure has to be: bringing down those [carbon dioxide] emissions and making the transition to alternatives – which require imagination, require investment, require political decisions. Our role is to expose that potential, that possibility. There are others better placed than me to talk about exactly how that can be done.

GL. Let me play devil’s advocate, and ask you: why get after EdF? This is a political, government issue. It’s the government that sets the framework for investment, and then capitalist companies come along and do what capitalists do, i.e. try to make money.

EJ. EDF and other energy companies have staff seconded into the Department of Energy and Climate Change. So they are actually involved in writing government policy on energy and climate. So it is very important that that disproportionate lobbying power is exposed and challenged.

We are limited in how we can challenge the government in a physical way, in a political way. How often can people occupy a government department or stand outside with placards and banners? These companies are part and parcel of government policy-making. It’s not a revolving door, it’s an open two-way street. That’s why we’re targeting them. They are responsible.

GL. What about the constituencies to whom you are appealing? What about the labour movement? Is there a parallel here with the Taff Vale judgment of 1901, that made trade unions liable for civil damages cases from companies where their members had gone on strike? That decision led to the formation of the Labour Party. [Trade unions saw parliamentary representation as a way to change the law on strikes, to change the law, starting with strikers’ immunity from such civil damages cases.]

EJ. I don’t think that analogy works. There is no ambition to create a political party out of this movement.

GL. I wasn’t really thinking of that: I don’t want a Labour Party #2 either! I was thinking about how it looks from the other side’s viewpoint. In 1901 they felt threatened by industrial action; they responded with civil damages claims, and the labour movement pushed back against that. Is there not an analogy in the way that they now feel threatened by a wider range of social protest, of which your action was part?

EJ. There is definitely a crackdown on protest in this country, that’s for sure: increasing use of injunctions and civil actions by corporations to prevent people from gathering and protesting and taking action at particular sites or directed at particular companies. There are restraining orders used to prevent activists coming anywhere near these culprits – who need to be challenged. The law is not on our side – and it’s about to get even worse, with the cuts to legal aid, including legal aid for industrial tribunals.

In terms of class power, of workers taking action, that’s definitely part of this. Workers at these sites, working for these companies, should have a voice, a role in steering these companies in a more sustainable direction, and engaging with the idea of community-controlled energy generation – that is, much more decentralised forms of energy generation, as well as the centralised forms.

And it’s not just about workers helping to determine policy in a democratic way. It’s also about how they are treated, how they are placed in, and how they take part in, the process of energy generation. We are asking: can this happen in a non-hierarchical way, can this happen in a cooperative, decentralised participatory way, where people are not exploited, where they are treated fairly and earn good wages?

It is not only about workers getting good wages. It is about: can they, and all of us, actually own cooperatively the sources and means of energy production and infrastructure?

EJ. Yes! We are talking about that – about people starting to take “ownership”, that is, to reclaim energy as a commons; to start to think of energy, of the climate and the atmosphere, and the land, as a commons. We shouldn’t normalise the situation where big companies have a monopoly over what is a shared interest, a shared need – something that should be considered a right.

In some countries, there are struggles on these issues that have been successful, around water privatisation and land privatisation, for example. So there are examples – and also examples of the energy industry being socialised, such as in Venezuela. So there are alternative ways of making things happen.

GL. You are talking about the commons, about big questions and big changes that we aspire to. But we are starting with small things. Your action at West Burton was much bigger and more impressive than the actions that many people are involved in, but still, in the big scheme of things, it was only one step. So what if somebody who wants to change the world, and is trying to work out how, comes to you and says: “how the hell are we going to get from these first steps to where we want to go?”

EJ. Well, you have to stick a flag in the ground and point, and say: “Here’s a problem, and there are solutions and there are alternatives and we all have a role in making them happen. We need to stop the expansion of gas-fired power generation in this country.” You do that by taking a dramatic and high-profile action – to intervene, to expose what’s happening and start a discussion about it. No amount of lobbying, petitioning or email writing could possibly have got the amount of attention that we finally did get with this action ... although in fact it was EdF that brought us that attention by suing us. We didn’t actually get that much attention at the actual time of the action itself!

Our action, by itself, was by no means the way to achieve the goal of stopping gas – but it was a way of showing what needs doing. And we do want future actions to be much more participatory, much more collective, less hierarchical in the way they are executed. Our action was necessarily secret in the way it was planned.

A friend said to me, using the metaphor of how it all looked when we were up the chimneys at West Burton: “You just want to be a hero, sitting at the top of that chimney, with everyone below you. What are you going to do to bring those people up to that level of consciousness?!” I agreed with him – not that I want to be a hero, but that the way to go is to find ways to make people conscious of things. And, in order to do that, sometimes you have to climb up and point and say “look, this is a problem” – and then you will bring people with you, because then people will start to tune in and think about it. We are only at the beginning of defeating gas in this country. We wanted to controversialise it, and I think we have done.

This article is from the People & Nature web site

Links
No Dash For Gas
Information on 1 May event, “Let’s Talk About People Power”
Climate Justice Collective
Petition to EDF launched by an activist’s parents

They want the 'right' to do civil disobedience?

We are talking about people starting to take "ownership", to reclaim energy as a commons. We shouldn't normalise the situation where big companies have a monopoly over what is a shared interest On Tuesday night, eleven of the twenty-five Vestas wind turbine workers occupying their plant against closure were fired without offer of… 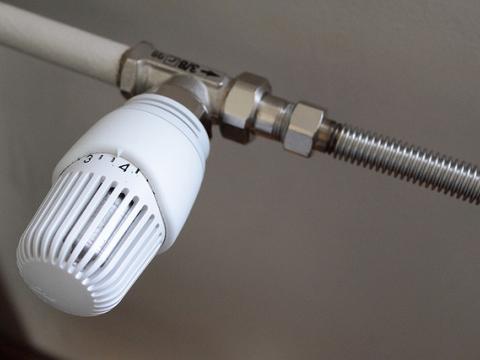