Several hundred people converged on the centre of the lovely town of Wigan to celebrate the life of local radical Gerrard Winstanley (1609-1676) and the Diggers' (True Leveller) Movement that he played a central role in establishing.

The Diggers supported the abolition of private property, common ownership of the land, and called for total human equality. They took direct action by occupying and collectively farming common land that didn't belong to anyone, so they could grow crops to feed their families. Naturally, the idea of poor folk taking over the land didn't go down too well with the wealthy and propertied ruling class who sent soldiers in to liquidate these early communist communities.

On offer at the Wigan Diggers' Festival was an array of poets, musicians, historians, re-enactors, political groups of various persuasions, book stalls, as well as a beer tent serving specially commisioned ‘Diggers 1649 Ale’ and 'Gerrard Winstanley Ale'. I was helping out on the SolFed stall with some members of the Manchester local, and had a very enjoyable day in the blazing sunshine making new contacts and selling some of our anarcho-syndicalist merchandise.

I've always had a soft spot for Wigan since I worked there a few years ago: good pubs, nice architecture, lots of character and heritage, great pie shops, and down-to-earth people. The event organisers did a great job putting together this radical history festival. Long may it (and the spirit of the Diggers) continue.

Just to say I inadvertently caught a glimpse of this gig and though I'm not really a fan, it seemed popular. If I recall rightly, a trade union building near the buz station now bears Winstanley's name which I think is pretty telling. Was there no anti-workfare event going on in Manchester?

Yes an enjoyable day of music and entertainment and good to see both the SolFed and Anarchist Federation taking the opportunity to put forward some ideas other than those of the otherwise traditional left and various liberal-labour campaigners who were otherwise the mainstay of this event. 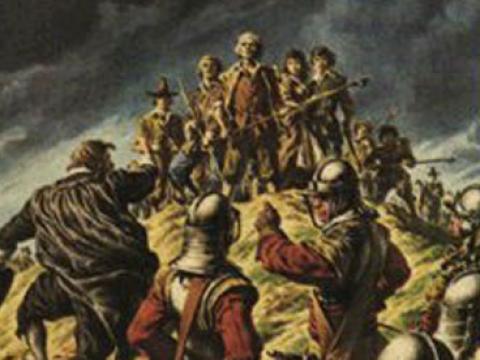 Levellers, True Levellers, and the Diggers of 1649

An incomplete dramatisation of the founding of the True Levellers or the "Diggers" and their first agrarian commune. 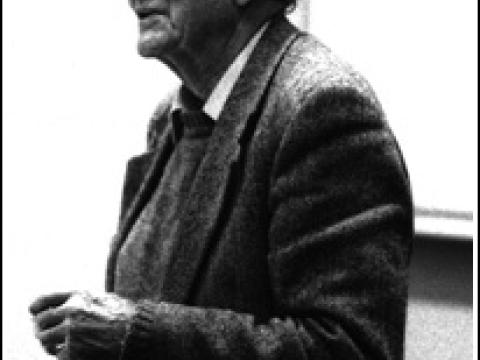 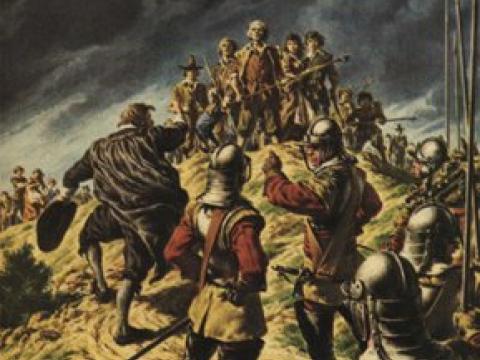 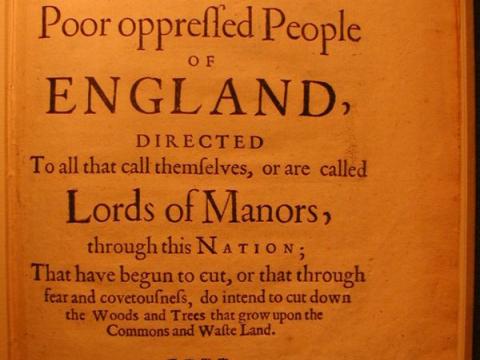 A Declaration From the Poor Oppressed People of England

A declaration from the poor oppressed people of England, directed to all those that call themselves,…