The Woman Rebel was published by Margaret Sanger in New York, NY in 1914, and, alongside Mother Earth, was one of the leading anarchist voices in the fight for birth control and women's rights. However Sanger also possessed appalling eugenicist ideas, which were deeply discriminatory against disabled people. While eugenics are considered fringe these days, they had surprising support at the time amongst intellectuals including Sanger and figures like W.E.B. Du Bois, who worked with Sanger in the '30s. While libcom.org completely rejects eugenics, we reproduce this publication for reference, along with this critical introduction, to show that even in the feminist and workers' movements, reactionary ideas were still prevalent and the importance of being vigilant against them.

-From the first issue

From the Margaret Sanger Papers Project:

A statement the first issue of Sanger’s intention to publish birth control information in the journal quickly drew the attention of postal authorities. They notified Sanger in April 1914 that she had violated obscenity laws. Sanger responded in the May issue by declaring that The Woman Rebel was “not going to be suppressed by the Post Office until it has accomplished the work which it has undertaken.” Three months later Margaret Sanger was formally indicted for violating the Federal Comstock Law. Unwilling to risk spending 20 years in jail, Sanger got on a train to Canada, acquired a false passport and sailed to England under the name “Bertha Watson.”

As her actions garnered attention and support for her fledgling movement, Sanger finally returned to New York to stand trial in 1915. But within a few months, her five-year old daughter, Peggy, died of pneumonia. As expressions of sympathy poured in, notable friends and supporters sent letters and petitions to President Woodrow Wilson affirming their support for Sanger, while others raised defense funds. With the intensified coverage of The Woman Rebel case and the birth control movement, the government decided to avoid further publicity and decided not press charges.

I believe that deep down in woman's nature lies slumbering the spirit of revolt. 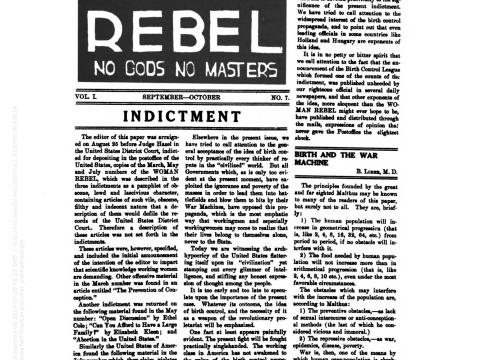 The Woman Rebel Vol. 1. No. 7 (September-October, 1914). New York, NY. Sourced from the Archives of Social History (from the State University of… 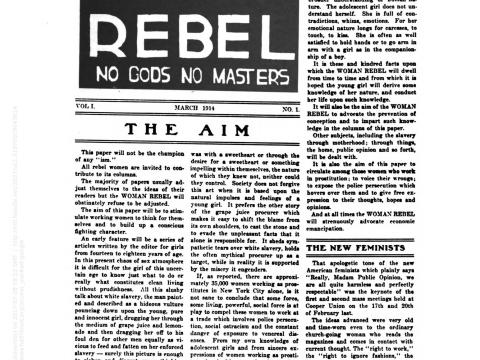 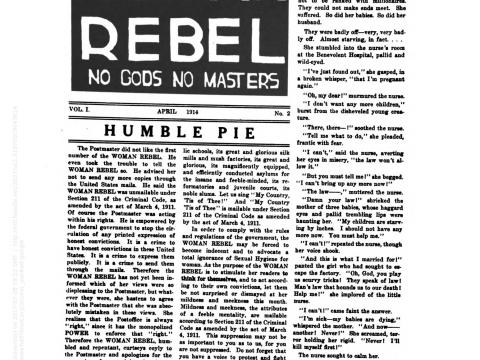 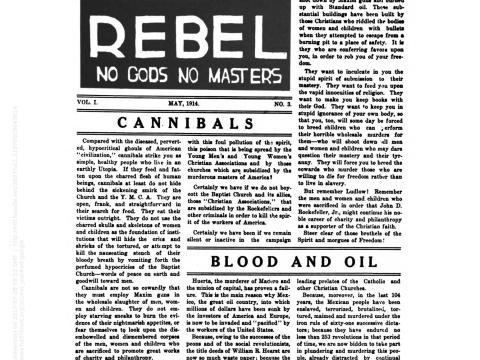