Christopher Connery's classic article theorizing "the world Sixties against the global Nineties," from "The Worlding Project."

[...] Here I must insist on the particularity of the Sixties. This was not the coordinated worldedness of the Comintern, which marked some of those earlier moments, nor was it the worldedness called for today by left strategists of the new International, from the World Social Forum to formations further to the left. The worldedness I claim for the Sixties is one of links and of co-presence; it is a worlded claim for periodization, and a periodization with global stakes: the awakening sense of global possibility, of a different future. [...]

"Global" was never really an adequate term for post-1989 capitalism. [...] The real contours of what has passed for the new globality have by now become too clear, suggesting not only an unprecedented acceleration of the unevenness that has always characterized capitalist space, but a new overtness, in the ideological sphere, of global differentiation, wherein large sectors of the human population and their living space are classified as irrelevant or surplus. Nineties globalization was, from the perspective of dominant capitalist power, the time of negative interpellation: global capital brought large sectors of the population wholly under its dominion, but as negative presences: without hope, future, or alternative. [...] 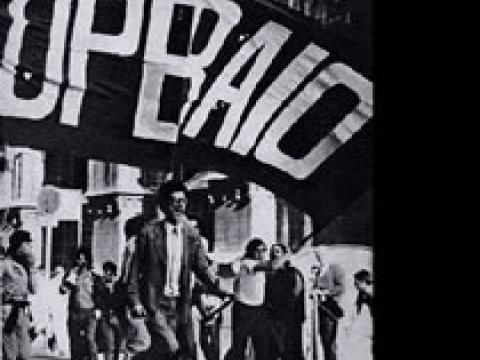 The Workerists and the unions in Italy's 'Hot Autumn'

A brief history of the Italian Workerists in the 'Hot Autumn' of 1969, when unions succeeded in… 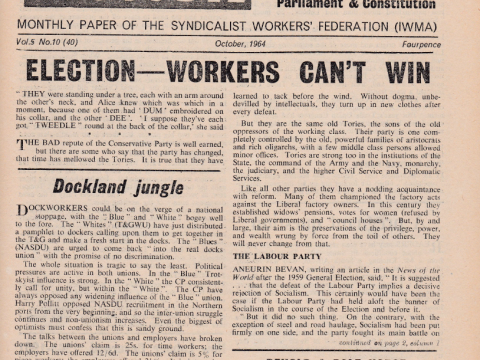 September 1964 issue of Direct Action including: Stuart Christie and Fernando Cabballo sentenced to 20 and 30 years, no good choices in the…