As Libcom's resident big-mouth blogger on the subject of the media I've been a bit wary of touching the Wikileaks/Assange story, in part because I'm reluctant to throw in on the subject of Assange's legal case. The timing of the allegations is certainly notable, but given humanity's appalling collective record on taking sexual molestation claims seriously I really don't want to add to the unsavoury, possibly inaccurate cries of "they're faking it/CIA agents" etc.

So I've decided to sidestep it by saying I simply hope justice (or given the inherently unjust system that claims the name, maybe just truth) will out. Because as far as the wider implications are concerned it doesn't really matter whether it's a true claim or not. If the powers that be want Assange out of the picture they will find a way - hence the Obama administration's bizarre claim that the leaking of embarrassing information into the public sphere amounts to "spying" (better arrest Woodward and Bernstein then) which carries a sentence of anything up to life.

If Assange is an arsehole, he's an arsehole. It wouldn't be the first time or the last that a fighter for good things has been a bastard on the side. He's also not the only one involved in the project, as the tales of a possible split in the group into an "Openleaks" faction have demonstrated (interesting in itself is the quoted dislike of "political agendas").

What's more important is the way in which the world's elites have banded together across industry and nationality to clamp down on a perceived loss, albeit temporary, of control over their Big Storyline.

Bear in mind that right-wingers like to talk about corporations being plucky, independent entities whose prioritising of profit immunises them against sinister "left-wing" state agendas and bureaucracy, while liberals love to waffle on about the state as benevolent provider, a kind of bulwark between rapacious corporates and the evils of Communism (in Soviet Russia, the state presumably leaks you).

And the current set of revelations, quite rightly disparaged by the right as little more than diplomatic tittle tattle, haven't damaged any US interests. More than that, they contain some absolute zingers in favour of White House priorities for Iran and North Korea, enough so that some observers of a cynical bent have wondered whether the "leak" might not be a case of double-bluff from the US secret state. Certainly it wouldn't be beyond the capability of a well-funded but austerity-threatened CIA to dump the Wikileaks material with an agenda of backing long-term interests while simultaneously justifying their own jobs.

But on this matter we have a curious consensus. Well yes, yes it is a wonderful thing for a democracy to be transparent, separates us from those brutal dictatorships, marvellous, but obviously that doesn't include anything important, you know, vital matters of national security like US diplomats' agreement with practically everyone else outside of Italy that Berlusconi is a philandering buffoon psychotically attached to anything which might smack of more power. Letting that cat out of the bag is terrorism.

Bar a few token objectors, we've had damning opinions from columnists both left and right about Wikileaks' unhinged, anarchic and irresponsible approach to information (despite their willingness to redact names, addresses and anything else the Guardian thinks should go). The world has fallen over itself to capture the man considered responsible, posting an international warrant which would otherwise have barely registered right to the top of the agenda ahead of some of the nastiest characters ever to stand for a mugshot. The biggest companies in the world have attacked Wikileaks on all fronts, grabbing its money, barring its internet access, using every possible avenue to down the information.

It's an extraordinary alliance which itself doesn't fit the Big Story at all. Surely in a free democratic West it wouldn't be necessary for a group like Wikileaks to dart from country to country in a frenetic attempt to stay ahead of a globally-organised byte hunt while its activists face bread behind bars? In the US alone, there's constitutional guarantees to protect such journalism, and of course capitalists love to brag about the theoretical impossibility of companies dumping big clients for ideological reasons in a genuinely competitive market.

The key to this is to be found in one overriding concern. If sensitive US information can be so easily leaked who might be next? What nobody in our pantheon of the powerful wants is for massive infodumps to become something that happens as a matter of course, potentially taking the Big Story of progressive Western values inexorably civilising the world out of the hands of its responsible guardians in PR firms, media groups and state handlers.

And it is here that a key lesson is to be learned about the true nature of our endlessly vaunted democratic capitalist model, so smugly set above those freedom-denying "Communist" mandarins who run Beijing by Nobel Prize judges. In the midst of all that weight being thrown around in the cause of official secrecy, uncovered in this little episode is something even more damaging to Western democracy's image than a warped Big Story.

The reality is that a mild embarrassment from a bunch of enthusiastic hackers is more than enough to strip away our lords and masters' thin veneer of civilisation merely because it sets a dangerous precedent of openness. And with students showing the same physical reality on the streets, as police are given free rein to beat children and the disabled senseless, the protestations of right-wing media sources that the government is a hero battling the forces of chaos are looking very thin indeed.

Apparently the irony wasn't lost on the deputy editor of the Chinese government's tame news outlet China Daily either:

The US has also been trying numerous ways to press charges against Assange, including using the outdated World War I-era Espionage Act, although some cables suggest that some US diplomats should also be worried if that happens.

All these have been happening in a country, which loudly boasts of its First Amendment guaranteeing the freedom of the press and freedom of expression. Obama addressed Internet freedom in a town hall-style meeting in Shanghai in November 2009. Hillary Clinton also went on at great length about Internet freedom in her speech at the Newseum in Washington in January, pointing an accusing finger at China and several other countries.

But the Assange case reveals such rhetoric is just so much hypocrisy. It is apparent that when Internet freedom conflicts with self-declared US national interests, or when Internet freedom exposes lies by the self-proclaimed open and transparent government, it immediately becomes a crime.

Even more embarrassing for our own media, for a stooge of the CPC Chen Weihua seems to have a far better grasp of what journalists are supposed to do than most English commentators:

Assange is a fellow journalist, or a citizen journalist in the age of new media, and uncovering the secrets of governments, corporations and interest groups is part of a journalist's job.

Thing is Rob you have to throw in on the Assange legal case to the extent of opposing his extradition to Sweden.

Some things you can't sidestep.

I've already said why I'm sidestepping it, because there are other issues which are frankly more important and which aren't getting a fair crack. Having said so:

1. He might be guilty. I've never opposed alleged rapists being put on trial before (except the extent that I think the justice system itself is bent) and Assange shouldn't get a bye simply because he's influential/a cause celebre.

2. If he's not, and they've gone to all the trouble of having two women sleep with him before the revelations and then accuse him, they are going to go through the farce anyway - he's out of the game until he goes to court, where it'll become abundantly clear what the evidence is or isn't and campaigners will have something of substance to get their teeth into.

Right now what's more important for me as a commentator is to make it clear why the project itself is in jeopardy, not just Assange who is already getting plenty of column inches.

Ray, i agree with you that it does not matter -- like i heard Ariana Huffington say the other day -- 'if JA is a saint or a jerk'. this is solely a side effect of the whole WL thing, but one that indeed works in the favour of the hunting parties.
since no one really knows how potent WL is without Assange, one can only hope for the best, meaning, that they can run the show -- at least technically -- without him, because the technical part is crucial.
the hacker split-offs of WL were supposed to be online with OpenLeaks.org last monday but haven't shown up yet. they will have their reasons, although i don't get the need for such wrong announcements. if it was in the 'service-world' i'd be sceptical. so what. but i am certain they do know their business, again, technically.
however, over the course of the next months there will be other leak sites springing up and then, yes, one can only hope that _they_ will know what they are doing, because one little mistake in the firewalling and you can forget about having leakers come in (to get arrested that is), not only there but consequently on all sites. but then again, maybe even the cia or nsa or alike will run a leak site ... 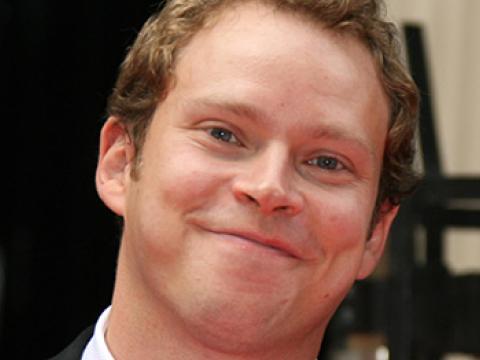 A response to Robert Webb and Robin Lustig's criticisms of those who choose not to vote, in the wake of Russell Brand's anti-electoral…

2006 was a year for the state to forget there was ever a public sector. Rob Ray looks into the archives of the Freedom anarchist newspaper.