Zhelezniakov was a young sailor serving on a minelayer based at the naval base of Kronstadt when the rule of the Tsar was overthrown in Russia in February 1917. He was already an anarchist, subscribing to anarchist communist ideas as put forward by people like Kropotkin.

He and fifty other sailors went to the aid of the anarchists in Moscow who had occupied the Durnovo villa, which had been owned by the governor of that city. They had converted it into a place for reading and discussion, with the gardens turned into a children's playground. It became a centre of anarchist agitation and the new Provisional Government tried to close it down. When some of its occupants seized the printing plant of a right wing Moscow newspaper the government ordered the anarchists to be evicted.

Zhelezniakov and the others joined the anarchists barricaded in the villa. After a government attack on the villa, in which an anarchist worker was shot dead, Zhelezniakov was arrested and sentenced to 14 years with hard labour.

Escape
A few weeks later, he managed to escape from the "republican prison" as one anarchist paper called it. He was sitting in the Crosses prison where his partner, the anarchist Luba Altschul managed to pass several saws and a Browning revolver to him (1). He restarted his activities and organised a mass demonstration of Kronstadt sailors outside the US embassy to protest against the death sentence imposed on the working class activist Tom Mooney, framed on perjured evidence and on the threatened extradition to California of the anarchist Alexander Berkman, whom the authorities tried to implicate on the same evidence.

He was elected delegate to the Second Congress of Soviets by the crew of the minelayer on October 25th, 1917. That night he and a contingent of sailors took part in the storming of the Winter Palace that led to the collapse of the Provisional Government.

He was then at the head of the detachment that guarded the Tauride Palace where the newly formed Constituent Assembly was to hold its sessions. As an anarchist, Zhelezniakov was passionately opposed to all forms of capitalist democracy, and during the first day of the life of the Constituent Assembly he marched in, pronounced the words "The Guard is tired" and dispersed the Assembly once and for all.

It was ironic that this move by a libertarian and anti-parliamentarian was to lead to the rise to power of the Bolsheviks. Zhelezniakov saw the ending of the Constituent Assembly as a constructive move, coinciding with the development of soviets and factory committees that would take lead to the complete self-organisation of the masses. To defend the Revolution he then fought as a commander of a flotilla and then of an armoured train, in the Red Army. He fought against the reactionary White generals Krasnov and Denikin, and against the Don Cossacks of Ataman Kaledin. Then Trotsky began reorganising the Red Army. The egalitarian methods that had prevailed within it up to then, were replaced by the introduction of Tsarist officers in positions of importance and the ending of the mass meetings and the introduction of a strict hierarchy. Zhelezniakov protested strongly against this, as did many others. For this he was outlawed by the Bolsheviks, like many other anarchists.

Refusal
The leading Bolshevik Sverdlov tried to persuade him to renounce his positions on the Red Army, and offered him an important position. Zhelezniakov refused this overture, leaving for the South and Odessa, where he resumed a military campaign against the Whites. Again the following year 1919, the Bolsheviks repeated their offer. This time, because Zhelezniakov perceived the situation as critical, he accepted and became a commander of the armoured train campaign against Denikin. who put a reward of 400,000 roubles on his head. He fought on until he was killed by an artillery shell from Denikin's forces, dying at the age of 24.

The Bolsheviks, who gave him a state funeral in Moscow and erected a statue to him in Kronstadt, immediately turned him into a hero. If he had lived, he no doubt would have been imprisoned or shot by the Bolsheviks, as they did to so many anarchists in the Ukraine and to so many Kronstadt sailors in 1921. Indeed, they obscured the fact that he was an anarchist, even inventing the lie that he had joined the Bolshevik Party. But as he said to the anarchist Volin, not long before his death:" Whatever may happen to me, and whatever they may say of me, know well that I am an anarchist, that I fight as one, and that whatever my fate, I will die an anarchist".

(1) Luba Abramovna Altschul was born in 1898. She met Anatoli when he addressed a rally at the Baranovsky catrridge factory where she was working.An active anarchist, she fled from Moscow to Bryansk . She was imprisoned by the Cheka in January 1922 for participating in a "counterrevolutionary" anarchist organisation and went on hunger strike on 25th January. She was freed on the 30th January and sent into exile at Arkhangelsk where she was put into a concentration camp. She again went on hunger strike in February of that year. She was moved back to Moscow but again arrested for organising the escape of her new lover , the anarchist Ivan Alexandrovich Charin, from the Arkhangelsk camp. In September 1923 she was sent to the Northern Special Purpose Camp at Solovki on the Solovetsky Islands. She was given leave to go to Mozyr to tend her sick son and decided not to return to Solovki. She got a job in the chemical cooperative. She somehow managed to survive and in 1951 she was exiled from Moscow for anarchist activity.! She died in 1977. Her relationship with Anatoli lasted only two years but a son was born, called Yuri and he accompanied his mother to the camps. He later became a Moscow lawyer.
piter.anarhist.org/zheleznyak.htm

From Organise!, the theoretical magazine of the Anarchist Federation

Yuri Altshul, mentioned above, wrote a book about his father and was convinced that he was murdered at the orders of Red Army commander Voroshilov 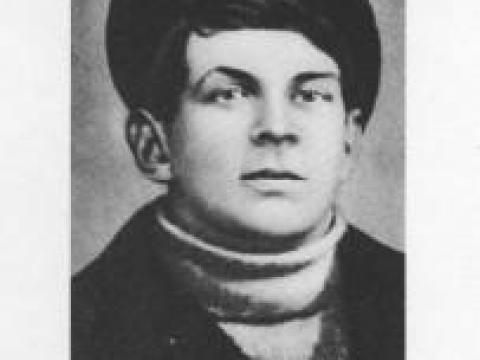 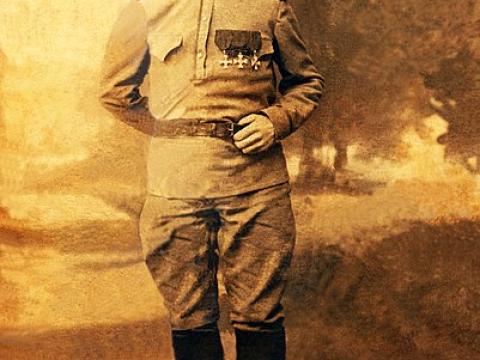