After a pro-immigration rally in San Francisco Ca, several people jumped Andrew Yeoman and other members of BANA (Bay Area National Anarchists) a fake anarchist group operating out of the East Bay that masks its racism and proto-fascism by using the name anarchist.

Three members of the Bay Area National Anarchists -- a group that believes in white separatism and which supports the controversial Arizona anti-immigrant law -- were attacked with mace, punches, kicks, and shoves as they left the immigration reform rally Saturday, according to BANA founder Andrew Yeoman.

The thousands of demonstrators marching for immigration reform down Mission Street Saturday afternoon were mostly preaching to the choir here in the sanctuary city. Drivers honked their horns in support. People popped their head out of apartments along Mission and tooted noisemakers.

But once the marchers arrived at the Civic Center Plaza for the rally, they were greeted by a small phalanx of counter protesters standing on the sidewalk in front of City Hall, including the Golden Gate Minutemen and four members of the Bay Area National Anarchists (BANA).

Some of the pro-immigration reform demonstrators marched up to the police barricades in front of the Minutemen where the two sides engaged in a shouting match, but police moved the protesters back to the Civic Center Plaza.

But as Yeoman and three other BANA members were leaving the rally and walking near Market and Van Ness, a group of three guys started following and yelling at them.

"I was targeted," Yeoman told SF Weekly. "They know me from the videos [on YouTube] and being involved in the anarchist movement for years."

Yeoman says the group following him grew to roughly ten, all white people except for one black man, Yeoman says he crossed the street in an attempt to get away from the group but they followed him and yelled things like "Why do you hate immigrants?" "Why are you conservative?"

He said he saw that two of the men had brass knuckles, yet it was a woman who started the attack by macing Yeoman in the face. He says his sunglasses kept it from getting in his eyes. He remembers that two men pushed to then got him to the ground and kicked him, causing welts on his head. He alleges that they hit BANA member Parker Wilson in the back, and pushed a female member.

Yeoman says a plainclothes cop rushed up to the fight and pulled his gun on him. "I thought the police was one of them at first, and I thought I was going to get killed." Yeoman and the attackers were all told to lay on their stomachs and were handcuffed and questioned.

The Southern Poverty Law Journal wrote in a 2009 article that national anarchists "cloak their bigotry in the language of radical environmentalism and mystical tribalism, pulling recruits from both the extreme right and the far left."

Yet Yeoman says that he doesn't want to push his views on others. "We support them to live in areas they want to live in for themselves, if its multicultural or whatever it is," he says. "They attack us because they disagree with members of our tribe and how our tribe wants to live their lives. We feel that's totally unjustified."

After questioning, the anarchists were let go by the police. KGO-TV reported that at least two people involved in the fight were arrested and will likely be charged with felony assault and robbery. While police were unable to confirm details on Saturday night, Yeoman claims the police arrested six in all.

Very unfortunate that the blog has said things that ID them as anarchists, instead of the crypto-fascists that they are.

I live in LA and have never even heard of them. I know there's something like that in Britain with that Troy Southgate guy, but I would never think it would gain popularity here..

At their height of popularity (sic), there were perhaps a dozen or so of them in the Bay Area. Last year their illustrious leader Andrew Yoeman (one of the ones beaten up) threatened to disband, but after getting a pep talk from some German fasho, just reorganized their website. At the demo there were four of them, probably all that remain. They have made a bunch of noise locally for the past two years, notably on the web since they're probably afraid of what happened to them in SF on Saturday. They have consistently been present at anti-immigrant and anti-gay marches, but their numbers are dwindling even as they brag that more and more anarchists are joining them. The proof is in the pudding as they say, and if they can't manage to muster more than four boneheads for one of their main issues, then they are negligible, at least for now. One local news station had footage of two of them after the fact (along with two of those arrested for felony assault and theft), one of whom whined that he was beaten for being a racist. Boo hoo.

It sounds like the anti-racists arrested on Mayday for this scuffle are facing serious charges and huge ($225,000) bail. This is all in the context of a growing fascist trend within the US, a survey released today by the corporate media (obviously flawed) claims that more than half of Americans support Arizona's new anti immigrant law. International support would be helpful more info to come...

I know there's something like that in Britain with that Troy Southgate guy, but I would never think it would gain popularity here..

Who? But no, seriously, there's no 'national anarchist' movement or even milieu to speak of here. I think they probably get more publicity from us talking about them than they can do themselves and the idea of them terrorising the immigrant or gay communities is just pure fantasy on their part imo. I can only imagine that the result (on either side of the Atlantic) would be comedy gold.. :) 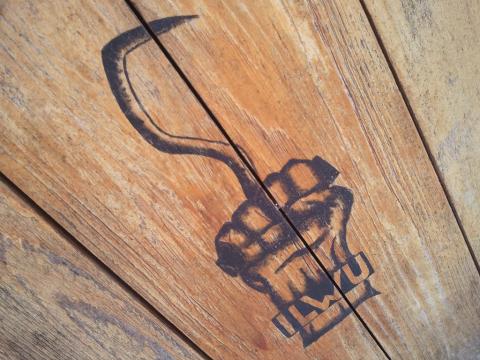 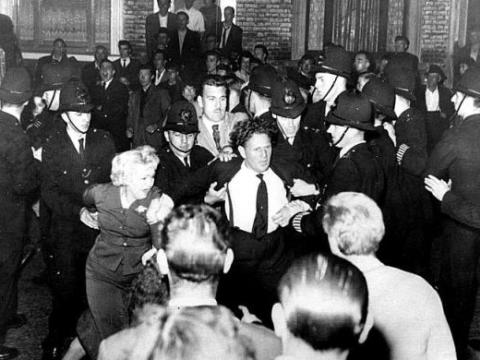 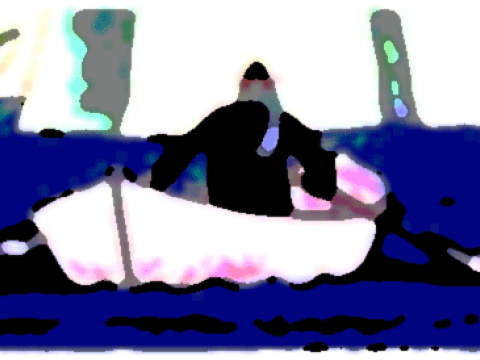 The dangers of reactionary ecology

Influential metaphors for understanding the environment serve as a bridge between traditional conservatism and outright ecofascism.