2. "What they had formerly done in a corner..." Ancient Greece

Thucydides. Let us call him "Thuc." He belonged to "the glory that was Greece," and no wonder for he came from an aristocratic family. He was the manager of a gold mine on the frontier of the Athenian empire. He was a failed general and an exile of twenty years. We're supposed to study his book, The Peloponnesian War, as part of "western civilization." OK. Let's have a look.

He praised maritime imperialism. He recounted the Athenian bid for Mediterranean hegemony. He lived in the transition to commodity production, and to the money-form of human creation. It is the transition from piracy to commerce (smile).

In methodology his book is no less revolutionary, as it departs from the magic of Moses. It is influenced by the sophist theories of disease propounded by Hippocrates: there is the observation of symptoms, the chronicling of the course, the identification of crisis, and the analysis of causes.

In the year 430 B.C.E., during the second year of the war, the Spartans invaded Attica and attacked the silver mines. At the same time a pestilence descended upon Athens striking first at the port city of Piraeus. It arrived, rumours had it, from Egypt and Libya, and beyond them, it was said, its origins were to be found in Ethiopia. Thus, it was a disease of the "Other." Thus, does "darkest Africa" plague western civilization. Thus, does "Western Civilization" blame the victim. The old story has begun. In Athens it ravaged the population, killing soldiers, wasting the urban population. It spread with ferocious rapidity as masses of people suffering from the Spartan invasion migrated to the city. Thuc describes the symptoms of the pestilence - the inflammations, the thirst, the insomnia, the diarrhoea. Thuc cannot but help to see it as part of a natural crisis. Birds and beasts refrained from contacting those who were infected.

But already this "modern historian" - actually the historian of diplomats and bankers, the man who writes a vade mecum for every politician - understood that there was nothing exclusively "natural" about an epidemic. He described the "lawless extravagance" induced by the unnamed disease.

"Men now cooly ventured on what they had formerly done in a corner... seeing the rapid transitions produced by persons in prosperity suddenly dying and those who before had nothing succeeding to their prosperity." Pestilence, in its social dynamics, contains a possibility of liberation. Thuc the banker and Thuc the health professional was worried: "Fear of gods or law of man there was none to restrain them."

The epidemic produced a crisis likewise of political leadership: Pericles was blamed, and indeed he was himself to succumb to the pest. And it produced a military turning point causing the Lacedaemonians to quit Attica. It intensified class struggle everywhere. Revolution broke out in Corcyra.

"The iniquitous resolves of those who desired to get rid of their accustomed poverty, and ardently coveted their neighbour's goods" and "the reprisals exacted by the governed who had never experienced equitable treatment or indeed aught but insolence from their rulers" worried Mr. Thuc, but why should it worry us? The struggle for justice became the therapeutic treatment of choice upon the part of the slaves, the poor, and the afflicted. 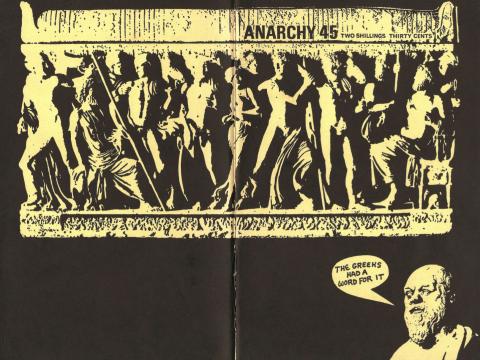 Issue of Anarchy magazine published in November 1964, this issue is about Anarchism and Ancient Greece. 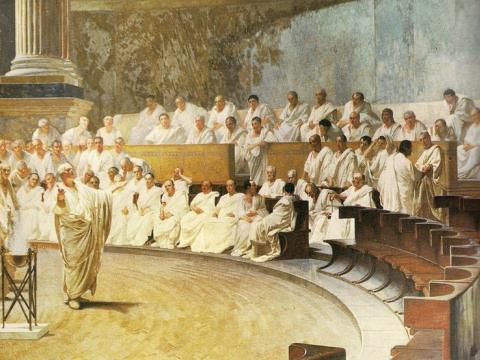 Every cook can govern: a study in democracy in ancient Greece; its meaning for today

CLR James gives an overview of ancient Greek democracy, how it functioned, how it came about, and… 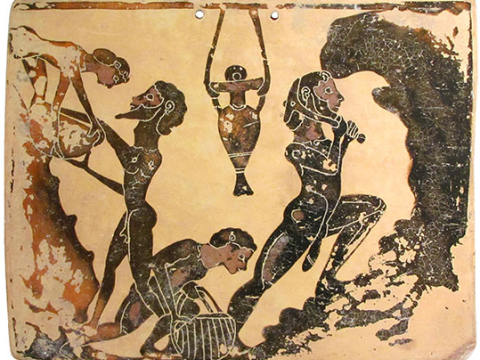