Advance the Struggle: Who Are We?

Description of the Bay Area Marxist group, Advance the Struggle.

The correct method lies in dialogue. The conviction of the oppressed that they must fight in their liberation is not a gift bestowed by the revolutionary leadership, but the result of their own conscientização [emerging consciousnesss].

The real education of the masses can never be separated from their independent political, and especially revolutionary, struggle. Only struggle educates the exploited class. Only struggle discloses to it the magnitude of its own power, widens its horizon, enhances its abilities, clarifies its mind, forges its will.

…To see that the tactics of the social democrats are decided according to their resoluteness and acuteness and that they never fall below the level demanded by the actual relations of forces, but rather rise above it – that is the most important task of the directing body in a period of mass strikes.

Welcome to our blog! We are launching it today, May 1st 2009 (International Workers Day).

Why are we blogging? Because there’s a need for a marxist analysis of current events, resistance movements, and revolutionary theory that isn’t bogged down with the baggage of decades of defeat and dogma.

Advance the Struggle is a collective of Marxist militants who came together initially through rejecting the existing left options; we want instead to build something new, dynamic and in the true sense of the word revolutionary. The radical left today is dominated by Trotskyist and Maoist parties who fetishize leadership and consequently inflate their leaders’ importance, anarchists/situationists who largely propose insurrectionist activity thinking that society is a stack of dry wood only lacking a spark, and non-profit groups who claim to speak for communities of color but really act like extensions of the state. Advance the Struggle seeks to build a multi-racial, gender-balanced organization of militants who take horizontalism seriously as a concept for both struggle and organizational structure.

We are studying Capital by Karl Marx as a key text to master, as well as looking at the different currents of revolutionary Marxism to see how they apply today. We take seriously the classic works of Luxemburg and Lenin, which can be read as a debate between the two, the Johnson Forest Tendency (including CLR James, Raya Dunayevskaya, Stan Weir, Martin Glaberman and Selma James) and other forms of autonomous Marxism including Harry Cleaver’s book Reading Capital Politically and works that came out of Italian Operaismo. We also take race and gender seriously, look at how racial and gendered oppression has been marginalized within the Marxist left and appreciate Selma James’s classic work “Sex, Race and Class” as a crucial beginning to the work of tearing down the walls between these categories.

One of the key tasks in the United States is to build revolutionary organizations that can be a part of the life of struggles, as well as add life to those struggles. The classic Trotskyist conception of the revolutionary party is the steam piston powered by the heat of the masses. This assumes the organization and the masses in motion are completely differently and one guides the other, literally a mechanical relationship. For a better illustration of the relationship between vanguard and mass, we need subjects that shape each other, such as drops of water and a puddle, or a river and a canyon (the river erodes the canyon, but as the canyon erodes, it determines the shape of the river). In the work of Paulo Friere we find an important counter to rigid vanguardism; in Frierian teaching the teacher learns from the student as the student learns from the teacher. If the central relationship between revolutionaries and the rest of the class is unidirectional guiding or command, the party will ultimately become another obstacle to the self-emancipation of the working class. This does not negate the fact that we still need organizations of Marxist militants to be organically infused into struggle, contributing to the revolutionary life these struggles can develop, which will in turn contribute to the generalization of struggle.

Theory and practice have been divorced for too long with the theorists writing in journals and the activists organizing protests. In order to be strategic in our organizing against capital, we want to protest not as a duty but as a strategic intervention to advance struggle. Such strategy flows from an analysis of our concrete changing reality, helping us find out what interventions can be made and what will fizzle. The kernel of this approach lies in mastering theory, but not theory in abstract conversation with itself. Instead, we need theory that is the concentration of political reality used as a weapon to change it. Theory can only have life in the political exchange. Practice is the test of the theory. Most groups are incapable of self-critiquing their theoretical system, leading to a downward spiral into frozen dogma. These groups will be washed away by the waves of history.

The working class is often an abstract category for Marxists. Very few groups consciously try to develop relationships and discussions with the rank-file of unions, or non-union workers. Most left groups think it’s enough to work with the presidents of locals who “represent” the membership, and don’t include the millions of young people of color thrown out of the work process as part of the working class.
If you’re interested in mastering the Marxist method as practical application within struggle, incorporating horizontalist principles that take race and gender seriously, see the importance of connecting with working class struggles, engaging in dialogue and building organization….

hit us up and let’s build it.

Taken from Advance the Struggle 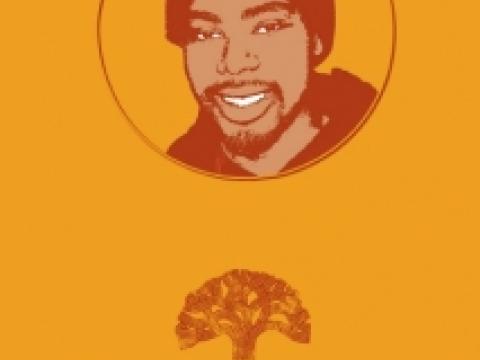 Bay Area Marxist group's analysis of the anti-police brutality movement that emerged after the killing of Oscar Grant. In this essay, they are… 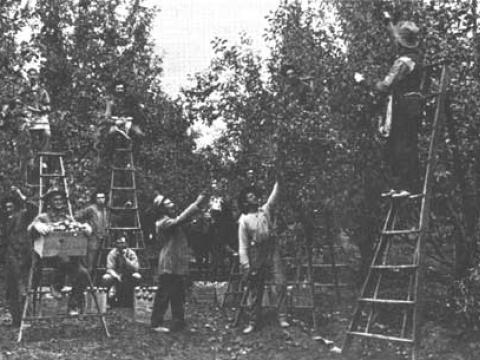 Story about two Communists who set out to organise a strike of seasonal fruit pickers in California.