SINCE THE DAYS OF MARX and largely owing to the influence of Marx, socialism has been conceived in terms of ownership. Until recently at least, a socialist has been defined as one who believes in common, usually State, ownership as opposed to private ownership. However, with the experience of Russia and even this country to guide us, it is becoming increasingly evident, as it has been evident to anarchists all along, that a mere change of ownership effects no radical change in social relations. When common ownership takes the form of State ownership, all that happens is that the State becomes the universal employer and the possibilities of tyranny are multiplied by the union of economic and political power. The values underlying capitalism are not changed; the worker remains essentially a thing, a commodity, a unit of labour: he has only changed one set of masters, the capitalists, for another set of masters, the political and managerial bureaucrats.

A change of ownership in the means of production may be a necessary condition for the transformation of a capitalist into a co-operative social order but it is not, as most socialists have assumed, a sufficient condition. What matters to the worker is not who owns the enterprise he works in but "the actual and realistic conditions of his work, the relation of the workers to his work, to his fellow-workers and to those directing the enterprise." It is for this reason that anarchists remain today the advocates of workers' control of industry — a condition in which all would participate on equal terms in determining the organisation of their working lives; where work would become meaningful and attractive; and where capital would not employ labour but labour, capital.

Anarchism, it may be objected, is all very well in theory but fails, or would fail, in practice. Anarchists, however, would not accept the implied opposition between theory and practice: good theory leads to good practice and good practice is based on good theory. I do not say that it is easy to act anarchistically: the temptation to act in an authoritarian manner — to impose solutions rather than to resolve difficulties — is always very great; and it may be that in the short run at least, authoritarian organisations are more efficient in their results. But efficiency, exalted by capitalist and modern socialist alike, is only one value and too high a price can be paid for it. More important than efficiency is the dignity of the responsible individual and solutions to what used to be called "the social problem" are not worth applying unless they are consonant with individual dignity and responsibility.

The task of the anarchist is not, however, to dream about the future society; rather it is to act as anarchistically as he can within the present society; to avoid as far as possible situations in which he is commanded or is impelled to command; and to endeavour to foster relations of mutual and voluntary co-operation between his fellow-men. In the modern world, the State is the most important manifestation of the principle of coercion. To achieve anarchy, therefore, the State must be dispensed with; and it will be dispensed with to the extent that men become capable of living without it. As the German anarchist, Gustav Landauer, puts it: "The State is a condition, a certain relationship between human beings, a mode of behaviour; we destroy it by contracting other relationships, by behaving differently."

In the last analysis, an anarchist is not a person who subscribes to a certain body of doctrine or set of beliefs: he is a person who behaves, or strives to behave, differently — in a way consistent with respect for the individuality inherent in all men.
—GEOFFREY OSTERGAARD. 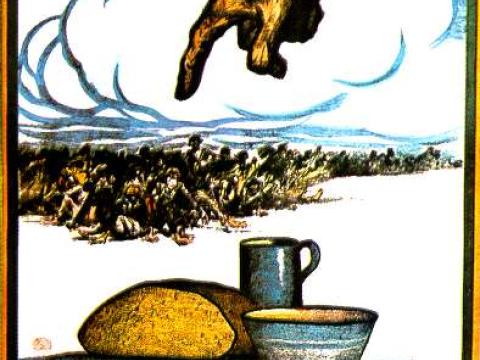 Beyond Kronstadt; the Bolsheviks in power - Mark Kosman