Borders workers need union... but which one?

An article about a UFCW campaign at Borders Books. Originally appeared in Industrial Worker #1607 (December 1997)

Workers at the Lincoln Park, Chicago Borders approved a UFCW-negotiated contract 29 to 8 October 1st, nearly a year to the day after they voted to join the union. While the UFCW was quick to put union security clauses and dues checkoff on the negotiating table, the issue of workers' pay was put on the back-burner, generating a little confusion at signing time. Borders insisted that they had agreed to a 3.5% pay increase per year, the UFCW said it was a 4.5% increase. Borders caved in, so workers can look forward to an extra $11 or so in their pay each week, before taxes. This pay increase was already in place as a "merit-based" raise, which was seldom denied to employees.

Workers also won the right to work 40 hours per week, as they need all the hours they can get since the average starting pay is $6.25 an hour. Borders had previously scheduled shorter work weeks to discourage overtime. Employees also received a $150 lump sum signing bonus which will be paid in February 1998, and a grievance procedure has been put into place.

Miriam Fried, who was on the IWW organizing committee while she worked at the Center City Philadelphia Borders in 1996 (until she was fired for union activity), said, "I'm disappointed by the results because it falls short of the major goals we had when working on our drive." At the foundation of most of the Borders drives is a demand for a living wage - a pay rate which most employees in retail never see. Borders management made their position clear in an April 1997 company newsletter: "If you desire an enjoyable job while you figure out what to do with your life, this is a good place to be. But if you try to make a career path out of something which can never be a well-paying job, you will be up against an impossible task because of all of the economic constraints in the retail industry."

While many workers at Borders take on second jobs to make ends meet, Borders CEO Robert DiRomualdo was paid $24 million in 1996. Modest in comparison to DiRomualdo, but still dwarfing the wages of their members, the top six International UFCW officers combined earn over $1.4 million, with huge expense accounts at their disposal. It is disgusting to ask workers who take home around $190 in pay for 40 hours' hard work to allow $35 - $40 a month in dues to be taken directly out of their pay, and then have greedy union bureaucrats live high off the hog. Miriam, who remembers the excitement that drove the organizing effort which she was a part of, says, "I hope that the workers at the other locations can maintain the solidarity and enthusiasm needed to get a good raise and that everyone remembers the power of direct action."

Between the time that workers in Chicago voted the union in and when they signed the contract, there was a 45 percent turnover, some of which was due to management's blatant antagonism towards pro-union employees. A local Chicago weekly reported in April that a worker was terminated for allegedly stealing a piece of pita bread from the in-store cafe. Where was the union for this worker? Where was the organized solidarity to prevent incidents such as this from becoming standard behavior at Borders Incorporated?

On the same day that the Chicago contract was signed, the UFCW launched a campaign calling for Borders management act neutrally when they are approached with a request for union recognition, and to drop the union-busting law firm of Jackson, Lewis, Schnitzler and Krupman, which was brought on board to fight the IWW effort in Philadelphia and has been Borders' attorneys ever since. Needless to say, Borders declined to agree to these demands. While this strategy seems absurd to a union like ours which believes that the working class and the employing class have nothing in common, UFCW is paying for ads in national magazines to beg for crumbs.

It stands to reason that UFCW should expect Borders to be neutral while they organize, since the UFCW has remained more or less neutral when Borders attacks its workers. 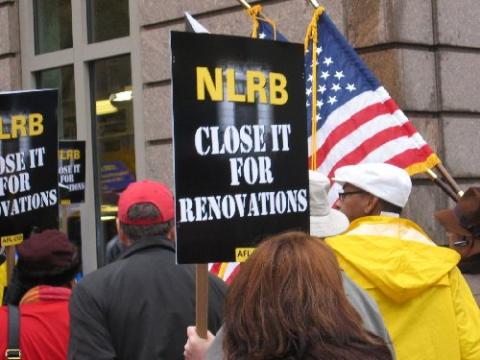 A blog exploring what appears to be a turn away from NLRB elections by the mainstream unions in America.  Why is this happening and what does it tell us about the state of working class self…

A tale of two trainings

A dual card member briefly compares the training programs of the UFCW and IWW. 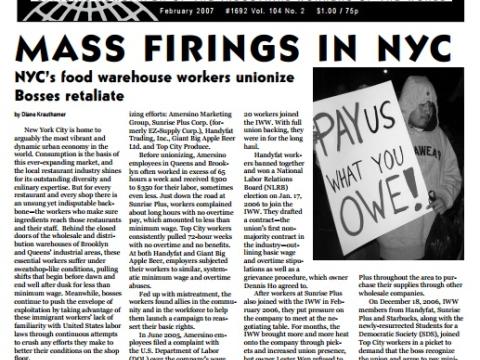 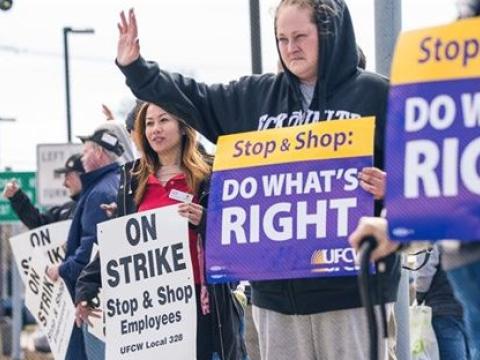 On Strike at Stop & Shop: Interview from the Picket Line

An interview with a striking Stop & Shop worker, originallly published by the Black Rose Anarchist…