1
In societies where modern conditions of production prevail, all of life presents itself as an immense accumulation of commodities.

2
The commodity is not a thing, but a social relation among people, mediated by things. Relations between people come to exist in alienated form, as relations between things, so that human generative activity disappears from sight. Since capital is predicated on the separation of the producers from the means of producing, separation is the acme of capital. But separation of the doer from the means of doing does not simply rip the world in two, but generates a fragmented world, a mirror which has been shattered and is constantly being put back together by antagonistic social forces.

4
Alienated labor includes the total productive activity of society, unwaged as well as waged. Capital appropriated forms of oppression which existed prior to it and reorganized and reshaped them according to its own organization of social relations. Household labor, sexual labor and reproductive labor, predominantly done by women, has surfaced as a key area of struggle. In the same way, capital has not only gendered labor, but also racialized it. Therefore, labor is racialized, though in significantly differently ways, across the world. In the US, labor has been racialized and re-racialized through slavery, sharecropping, criminalization, and reduction to a permanent reserve army of labor, to name a few. In both cases, these forms of subordination were predicated upon the general denial of equal social rights and access to women and people of color. Labor, therefore, always exists with a multiplicity of hierarchies, in which one section of the class (and of society generally) benefits at the expense of other sections of the class.

5
The commodity comes to dominate the producer; things dominate people. Does anyone doubt that today a) we live in a society of mass commodity production, and that b) the production of 'things' dominates the producers? Whether commodity production is organized through 500 corporations or one state capitalist trust does not change (or prove) the nature of the society at all. Contrary to the various opinions expressed by all parties, size does not matter, nor does it matter if you're exploited by 'your' national capitalist or 'foreign' capital.

6
The working class as revolutionary subject does not depend on a) the number of workers in 'huge' factories sharing a common experience, b) the obviousness of the owner of the factory. The capital-labor relation flows from the separation of the majority of people from the means of producing, and the workers' revolutionary potential flows from the fact that capital is nothing except the alienated labor of the worker.

7
Since labor produces capital, capital is not something 'outside' labor in an 'us versus them' relationship. Labor exists simultaneously 'in-and-against' capital, and threatens to destroy capital from the inside. Consciousness of this possibility and necessity of another world only comes from within the struggle, not imported from the outside by (alienated and fetishized) capitalist science or mass pedagogical organizations 'armed with scientific knowledge'. Workers are not the ones limited to trade union consciousness.

8
Clearly in the U.S. we do not live in a society dominated by manufacture or gigantic Fordist assembly line of mass production. The corporations may be larger, but the size of the workplace becomes smaller and the organization of labor changes. The Leninist confusion of the potency of the worker with the size of his workplace cannot be maintained.

9
The struggles of the workers, from wildcat strikes to slow downs to absenteeism to sabotage to sleeping on the job, all precipitated a crisis for capital in the 'Fordist' workplace. The worker's resistance to and insubordination against the previous organizations of alienated labor has forced struggles which resulted, in spite of revolts and revolutions, in the recomposition of the capital's domination of labor.

10
Labor's resistance to the endless imposition of work, to the production of commodities, drives capital's need to replace people with machines, living labor (and its insubordination) with dead labor.

11
Capital only survived by making the worker not simply an object of production, but also an object of mass consumption. The 'Fordist' assembly line, with its trade off of high wages for 'guaranteed' gains in productivity, created a crisis of the control of labor. Since capital faces all non-work time as time wasted, capital could not allow the worker's increased income to be translated into increased disposable time and non-productive activity. Here for the first time enters the worker as mass consumer as well as mass producer.

13
The suppression of the wage relation means that gender, sexuality, race, etc. become increasingly prominent and powerful points of struggle. People experience life as more than economic producers. This is not a weakness, but a part of the power of humanity, its multifaceted, multi-dimensional quality. Each of these relations presents a potential threat to capital's ability to maintain social control, which requires a hierarchically structured working class. The projection of multiple lines of struggle has not meant the end of the working class as a revolutionary subject, but the production of multiple lines of attack against alienated social relations, including those which create hierarchies within the class.

14
The 'Fordist' assembly line perfected the misery of work and its reduction to mindless, repetitive toil. Work became almost singular in its absence of creativity, except for the creativity of the avoidance of work. From these loins springs the current crisis of the 'Fordist' world and the 'traditional worker' (and therefore the crisis of the 'traditional revolutionary').

15
The crisis of the 'Fordist' world has meant the attempt to develop new means of control over labor, such as 'personal credit', and the flight from investment in production (the site of labor's insubordination) to speculation and international finance, as well as pushing the 'Fordist' assembly line across the world to places where it previously did not exist. It has also meant the deepening enclosure of communal spaces, of commons, in the Majority World. Since capital can no longer afford the wage-productivity deal, and since we have been losing the fight against the decline in wages, the 'Fordist' lifestyle can only be bought on credit. And debt has been a powerful whip.

16
The attempt to reintegrate the struggles of unwaged labor and struggles against other forms of oppression has proceeded through the creation of each of these as positive 'identities', as well as their commodification. Just as with the working class, so with race, gender, sexuality, etc., their power comes from their negativity, from their power as negation of oppressive social relations. The proposal of a positive identity for workers, African Americans, women, gays and lesbians, etc. as we exist in the here and now is inevitably reactionary. We are powerful as the negation of what exists, not as the producers of what exists. Only through our negation, our struggle, do we create positive new relations, relations which can only solidify if we abolish the capital-labor relation and all other alienated relations with it.

17
In so far as some libertarian communists and anarchists conceive of class in terms of 'private property', 'the market', 'economics', worker as equivalent to 'wage laborer' or, worse, 'factory worker' they adopts the same framework as Leninism, with different conclusions. The capital-labor relation is not simply an economic relation, but a total social relation, a relation of separation and alienation, not simply the forms of appearance of the relation. The working class, the human embodiment of labor, lives 'in-and-against' capital, as both incorporation and transcendence. The 'against' exists, therefore, as the rejection of all forms of alienated human practice and of all the ways in which that alienated social practice manifests itself.

18
To reject 'working class' as 'too narrow' confuses the 'traditional revolutionary' notion of the working class as 'exploited object' with the worker as total social subject, as the (alienated) producer (and 'negater') of the totality of social life, in the multiplicity of distinct forms of appearance. Ours is most definitely a class struggle, but we are not restricted to struggling against it only as 'workers', but as all the subjects of struggle: women, people of color, immigrants, students, etc.

19
Principled struggle defends the autonomy of each 'subject of struggle' within the class as a whole, since the sections of the working class which derive benefits from specific forms of oppression/hierarchy cannot be relied on to consistently oppose those forms of oppression/ hierarchy. The attempt to impose direct unity, as 'traditional revolutionaries' and trade unionism tend to do, under the banner of 'first we are workers', is usually authoritarian and inevitably doomed. Unity will most likely have to be indirect: a unified rejection of capital, with a multiplicity of struggles and autonomous subjects.

20
The organizations which started out as organizations of struggle, but which have survived in the absence of the struggles which created them, have become means of recuperating and controlling labor. As such, to speak of the 'betrayal of workers' by a union bureaucracy which has long since identified itself as part of management, as capital's lackey, means to sow confusion. To oppose either the existence of class struggle or the multiplicity of subjects means propping up capital in theory.

Conclusion
Globalization can either mean a) the globalization of the commodity relation, not simply in space, but also in time, so that capital's never ending enclosure of spaces and times outside its control are further and further reduced, with all the attendant consequences and suffering, or globalization can mean b) the struggle against the commodity relation itself, rather than its consequences and side effects, for the global victory of the free association of producers, engaging in free, conscious production, which is to say lives filled with free, conscious, creative self-activity, free from subordination, in which human beings have become their own self-purpose. This is a conclusion that Marx drew over 150 years ago, and one which certainly is no different today. 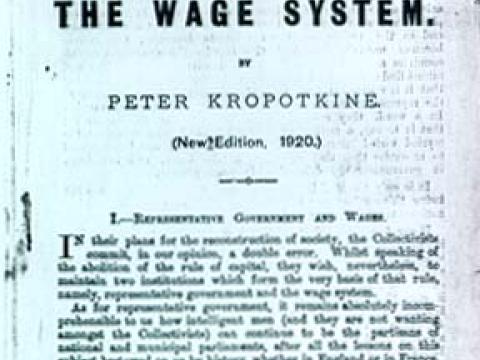 Anarchist Peter Kropotkin writes about the wage system and communism. This version in English published 1920, as Freedom Pamphlet #1.

The physical quantities approach to prices, profits, and accumulation has widely been held to be either compatible with, or a rigorous alternative to, the determination of value by labor-time. Yet this paper shows, first, that the theories are actually incompatible.
Image 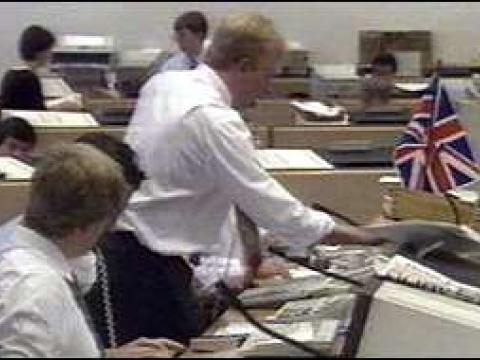 The politics of debt: social discipline and control - Werner Bonefeld

Werner Bonefeld on debt, which became a serious political and social issue during the 1980s and 90s,…
Image 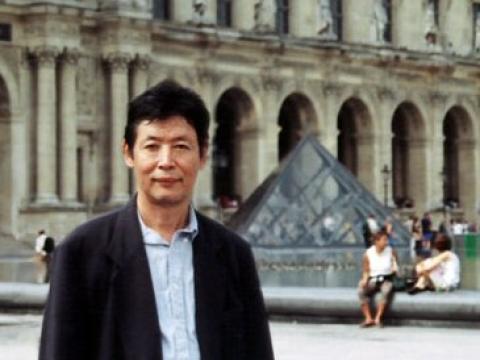 The philosophical basis for social action, as recast in Kojin Karatani’s striking Transcritique. On…