Customer Service, Michael Speaking, May I Help You?

[SCENE: Michael, a ""temployee'' with San Francisco's infamous White Slavery Temporary Agency, is riding the elevator to the 16th floor of 525 Market Street where his phone system, a computer screen and microfiche reader await his arrival. He is tired and irritated today because he was awake all night writing this play. He overhears two other temployees, a young man wearing faded jeans and a girl with chopped hair, discussing their employment with Wells Fargo's credit card customer service department. They are also headed for the 16th floor.]

Sue: I talked with this one bitch yesterday, she said her reputation was ruined when her charge was declined at Gumps. I said, ""What reputation?,'' and released her.

Ted: That's a good one Sue. I had this old guy call up from San Jose, a physician, and he wasn't satisfied with Wells Fargo's policy so he told me that he could buy and sell me. Can you imagine? ""Young man, I have enough money to buy and sell you,'' he said. I told him that I wasn't the kind of ""man'' he was accustomed to buying and selling. I also told him that when the revolution comes I was going to drive to San Jose so he could be the first one I shoot. Then I released him.

[The other elevator riders--a man wearing an expensive suit and holding a sheaf of declined loan applications, a woman in her early thirties wearing a gray business outfit and carrying a pot of coffee and five cups, and a security guard with a loaded .38-- all look at the two blasphemous temployees with dismay, then stare vacantly at the blinking numbers. Michael, Sue and Ted get off on the sixteenth floor.]

Michael: You could have been shot in there! They don't take kindly to dissidence. Especially when you work with computers.

Sue: We're both getting terminated today, I overhead my supervisor talking to her boss yesterday. They're getting reports that we're being rude on the phone.

Ted: Only when people start gibbering about their precious credit being jeopardized.

Sue: Or when their accounts are closed because they didn't make their payment in time.

Ted: Or when they want immediate action even if it takes every bank employee in the whole building.

Michael: Right. Or when they call up and demand to speak to a supervisor first thing...

Ted:...and if you can't handle it yourself--in other words, lie and get them off the line--then your supervisor resents you for the remainder of your employment.

Sue: Actually, I'm rude only about 82 percent of the time. The other 18 percent of the time the folks are bearable. At least they realize that banks hire temporary employees to answer customer service phones because they're cheap labor and they are an effective information block when the bank screws up and steals the customer's money.

[A supervisor approaches the group.]

Supervisor: You should have been on the phones two minutes ago!

[The temployees scatter like beetles. Michael goes to his cubicle. The CRT screen reads: THE APPLICATON WAS REJECTED BECAUSE OF A FAILURE IN THE SYSTEM.]

Michael: Shit, the computers are down again. [he signs onto the phone system and puts the star unit over his ear] I love this. [He makes himself available for incoming calls. The gate opens and a call comes in.] Customer service. Michael speaking. May I help you?

Michael: Excuse me Ma'am, before you give me your number, I should tell you that our computers are down...

Michael: Which means that I can't help you right now.

Customer: I've been on hold for fifteen minutes, mister, and I want something done about my statement right now!

Michael: I can appreciate that you've been on hold but there's nothing I can do. I can't even tell you your owing balance.

Customer: I want to speak to your supervisor.

Michael: I'm sorry Ma'am, my supervisor is going to tell you the same thing that I'm telling you. She's on her break right now anyway.

Customer: Then I want to talk to your supervisor's supervisor! I want to speak to the head of the department!!

Customer: I don't want ""sorry from some snotty-nosed asshole with no brains, I want to speak...

[Michael releases the customer. He is depressed by this first encounter. The day has begun badly.]

Michael:[Crossing to Ted in the cubicle next to his.] She called me a snotty-nosed asshole with no brains.

Ted: [He holds up his hand to indicate that he is talking to a cardholder].... Yes... I understand that Ma'am, that's why they're called double charges. You've been charged twice for the same item due to a computer error. All you have to do is write us a letter asking us to remove the double charge, otherwise it will show up again on your next statement... No, we can't just do it over the phone... I'm sorry... Yes, I understand that your time is very valuable... That's right, a signed letter... O.K., thanks for calling.

[Michael gets a drink of water. He sees a supervisor ask to see Ted and Sue in her office.]

Supervisor: The seasonal overflow of customer calls has receded according to our call-counting computer so I'm afraid that you will have to be terminated as of this afternoon.

[Ted and Sue laugh in her face. Sue goes to the womens' room to smoke a joint. Ted erases several cardholder's addresses in the computer, then starts a small fire in his wastebasket. Suddenly there is an announcement over the highrise loudspeaker.]

Announcement: Please evacuate the building. This is an emergency. Please leave via the exit nearest you. [The lights fade as Michael follows Sue and Ted through the emergency exit. Michael smirks.]

Michael: You really shouldn't have pulled that alarm Sue. You'll probably be fired for this.

[An apparition arises our of the corner of the now vacant office. It is HUSBY, GOD OF CREDIT.]

Husby, God of Credit: I can see you all, cowering at your desks, issuing bad checks, writing stupid letters about how you've lost your jobs, sold your junky cars, borrowed money from your goofy brothers in Toledo. Don't think I'm fooled by this chicanery... You there, Bob McDonald in San Diego. I saw your wife buy that dinette set yesterday. You know damn well that now you're way over your limit. We're not a charity, buster, that'll be one over limit charge, thank you very much... And you, Helen Troy from Grand Island, Nebraska. I don't care if it is 10 degrees below zero, you can't afford that new fur coat. Just clean the ratty pullover that's sitting on the floor in your closet. After all, you're only a vapid secretary... What's this I see, an application here from a certain Billy Dong in New York City. Look fella, I realize that they told you before you left Cambodia that this is the Land of Opportunity, but we don't issue VISA cards to dishwashers. If you want it badly enough, I suggest you either go back to school and study computers or send that knockout wife of yours over to 14th and Broadway for some quick cash. [The apparition takes on a reddish tinge and becomes more adamant.] Now let's get to the hardcore... Miss Collins, I see here that you've moved a total of twelve times without leaving a forwarding address. Not nice, Miss Collins. I guess it's time to attach the ol' wages. You'll be hearing from our tribe of bloodthirsty lawyers... All right, what's this crap with Mr. W.S. Grinder from Spokane? He has seven accounts for his salesmen but he still refuses to pay the business fee?.. Hmmm.. Can you say ""Jail,'' Mr. Grinder?... How about ""unusual experiments?'' Can you say ""untold beatings,'' Mr. Grinder? What? Oh, so those business fees don't seem so bad now, Mr. Grinder? Good, we'll expect a check in tomorrow's mail... [The apparition begins to fade].. I'm sorry Mrs. Flinder, but now that your husband is dead we're going to have to close your account... I don't care if you've been with us for thirty-five years, that's THE POLICY... and Joel Smith, I'm afraid we won't be able to replace that card for at least three to thirteen weeks. I know it's getting close to Christmas, but... [Husby, God of Credit fades away.] 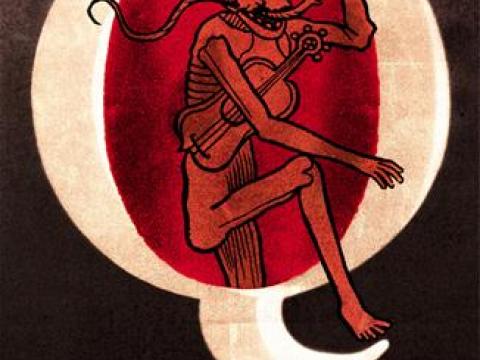 Set in the time of tremendous religious and political upheaval caused by the Reformation in Europe, Q begins with Luther nailing his 95 theses on… 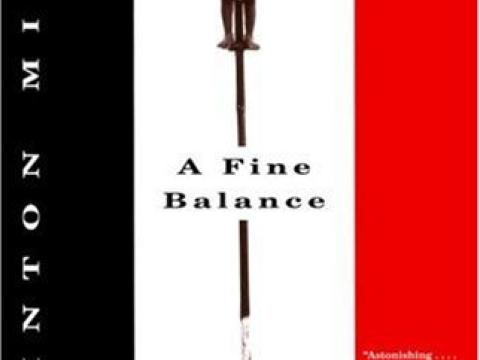 Story set in Mumbai between 1975 and 1984 during a period of increased government power and crackdowns on civil liberties called 'The Emergency',… 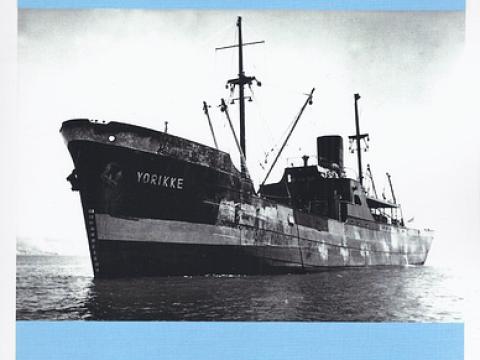