This novel is a rather late addition to the literature that followed in the wake of the UK (‘environmental’) direct action movement of the 1990s. The movement has served to produce several different types of writing. First, activists themselves produced accounts, both political and autobiographical ; we include our own articles in this. Second, there were a number of academic accounts. Linking these two, there were later cross-overs – articles from activists who became academics. There were also works of fiction by established novelists who used anti roads and later anti-capitalist actions as the backdrop to their pot-boilers. Birds, booze and bulldozers is none of these. Or rather it takes elements of each. It is a novel, yet it is also an argument for a particular perspective on the direct action movement, a perspective which has until now not been seen much in print.

Part of the interest for us in this book is that, since it is based on Peter Styles’s own experiences of the No M11 and other such campaigns at the time (e.g. Newbury, the live export protests, Criminal Justice Bill actions, the Glasgow Pollock anti road campaign, and Reclaim the Streets), it overlaps with our own experience. There is the temptation to compare our own account of ‘what really happened’ to his. The selection of ‘key moments’ in the movement might be challenged too; while Lester Stype, the lead character, manages to find his way to almost all the big actions, certain obvious defining events (for us) aren’t even mentioned – such as the Hyde Park riot against the Criminal Justice Bill of 1994.

Yet we’ve already had our say on the meaning of the anti-roads and direct action movement of the 1990s, so there is no point re-hashing that here. The reason for reviewing this book is that its truth and value lies in its ability to convey experiences that are largely absent from the existing literature. This is why this book is worth reading, both for those who were there and those who weren’t but are interested in what it felt like at the times. Peter’s is a perspective that has been lost amidst the well-meaning earnestness of his fellow protestors. The direct action scene, says Peter, through his character Lester Stype, meant fun, excitement and friendship: getting pissed, casual sex between people who had only just met, and failed relationships.

The title of the book is a deliberate dig at the political correctness (PC) Peter and his character feel have closed down certain topics – both at the time and in subsequent accounts. We would argue that the form of Lester’s anti-PC rant is slightly off the mark – in the sense that ‘laddishness’ among fellow males is not the answer. But, in challenging the right-on lentil-weaving stereotype of the activist, Peter’s story is getting at something important. This is the way that the ‘activists’ were or could be ‘ordinary people’ (or rather ordinary young ‘blokes and birds’). Activism is not just for middle class socialists and ideologically-committed hippies. It is no coincidence, perhaps, that we at Aufheben first met Peter not at barricaded squat on the route of the M11 link road but playing football at a park in Brighton. The accessibility, fun and pleasure of direct action is a vital point, then. ‘Activism’ is perhaps too often seen from the outside as a specialist activity and activists as a separate species.

However, Peter’s own narrative demonstrates the contradiction of remaining ‘an ordinary bloke’ and yet becoming a full-time ‘activist’. The story of Lester Stype suggests very strongly that direct action is for young (not older) people who haven’t yet settled down, who have time on their hands and dole money in their pockets. Towards the end of the book, full-time activism burns Lester out, and he indicates that he will retire (although a come-back is also implied). The direct action lifestyle indeed promises a degree of sexual and chemical hedonism and a good laugh with mates. But it also involves real physical suffering, particularly for the most committed as they remain up cranes as long as possible for example, going without food and sleep, and suffer beatings from the police. Lester gets so stressed out that he becomes clinically depressed. There is nothing like the high of a successful action, but the lows, in terms of the personal costs, are a potential hazard.

Some of the other highlights of this book for us were Lester’s anti-mysticism. For those who don’t remember, mysticism of various sorts was absolutely rife in the hippy-dominated anti-roads movement. For the middle class and middle aged looking for a radical alternative worldview to the alienated ‘money-first’ materialism of the roads programme, green spiritualism and nature worship fitted the bill. When the anti-roads campaign faded from Wanstead, for example, mysticism took its place for some of the people left behind. We shared Lester’s dismay and despair. The novel also provides a nuanced treatment of the ‘brew crew’. As we discussed in our previous articles, lunch-outs on the campaign can be a burden; but their lifestyle of constant drunkenness can be functional to a direct action campaign. Finally, Lester is committed to the movement ethos of ‘non-violence’ yet, as an ‘ordinary bloke’ rather than a pacifist ideologue, he is realistic about the limitations of this tactic in a number of one-on-one situations. That is, he sometimes loses his temper and threatens to retaliate.

We don’t have to be precise on how representative Lester Stype is of the direct action movement of the 1990s to agree that his is an important untold story, a reflection of a real experience, yet one which is almost entirely absent not only in the academic accounts but also in much of the activist literature, which has tried to present a more serious, self-consistent and almost pious account of a time when people really did get their hands dirty. Looking back now, while that PC anti-sexist serious-mindedness was also a real reflection of aspects of the movement, without grit such as this, it would have been unbearably cloying. This is why we recommend this book and are only sorry that it wasn’t published closer to the time of these events, when it could have been part of a much more live debate.

From operaismo to autonomist Marxism

We have ways of making you talk! 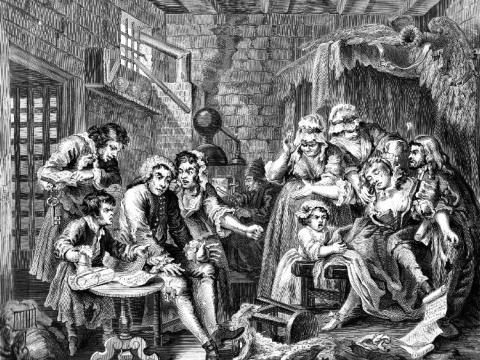